Successful entrepreneur Arjun Patel believes in living his own dreams 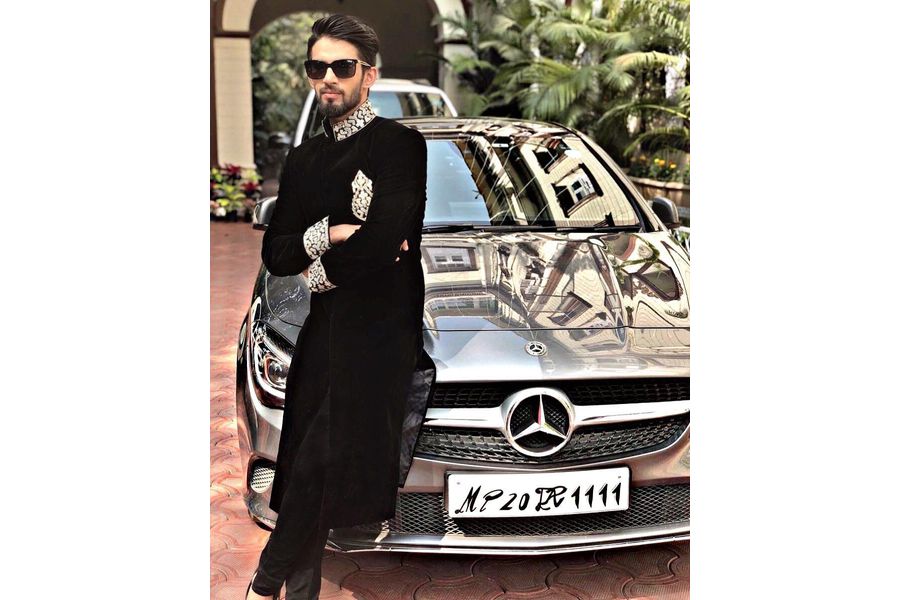 To achieve success one needs to be consistent and perseverant in one’s approach, sharing this vision with such dedicated passion, the 24-year-old Arjun Patel from Madhya Pradesh is taking his legacy beyond all horizons and has become a well known entrepreneur in the field of mining.

Coming from a family of reputed businessmen, who are pioneers in bidi (tobacco cigarettes) manufacturing, Arjun has made quite a name for himself. It wasn’t easy for the young lad to establish a business of such magnitude as his forefathers had left for him.

A brief about his background says that Arjun hails from a family that reigned in pride and were among top 10 richest business houses in India with their largest bidi manufacturing firm, ‘Mohanlal Hargovinddas’. It broke records with the production of more than 7crore bidi per day back then when ‘bidis’ were in trend and had established them as one of the highest tax payers of the country, no wonder that they still hold a superior dignified name in the field of business in India.

Where this success set a massive goal before Arjun that required great business skills to maintain and even greater impetus to grow his business further, the passionate and young talent with exemplary entrepreneurial skills did something of his own, almost baronial for someone his age, having vision for something that he can built his vast empire upon and call it his own.

In pursuit of success and to turn his dreams into reality, with the ongoing hustle, in spite of having heritage in an already set business he still created something of his own. Arjun started a new line of business in the field of mining, in Dolomite and Black basalt, owning washing and crushing plants with his company ‘Upasini Mines And Minerals Private Limited’. His hunger for success landed him in serving his family with several businesses including; hotels, education, printing houses in the lengths and breaths of Madhya Pradesh.

The Master’s degree holder surely values the quality of education and Arjun, is very careful in shaping the future of youths and for this, he takes keen interest in looking after the multiple schools and college under the brand of ‘Nachiketa’, where more than 10,000 students are getting quality education and is also a place for him where he invests his time helping his family.

Apart from this, his printing houses are well equipped with state of art technologies and
imported high- end German machineries that produce more than 2 crore books per year, so that people can read, learn and grow with right education. The humanitarian and benevolent Arjun is also involved in social work and owns a charitable trust through which he profusely dedicates himself in the promotion of skill development and upliftment of tribals, wildlife and tiger conservation. He is also invested with the health care and runs a charitable hospital.

Expanding his business while fulfilling his dreams, Arjun also runs a 5 star boutique property in Bandhavgarh National Park under the name of ‘Bandhavgarh Meadows’ which keeps him
surrounded with the beautiful serene natural habitat. Having a refined taste for luxury and
comfort, the young entrepreneur resides in a mansion which looks not less than a palace at
Jabalpur, expanded in several acres of land.

In spite of having an all tight schedule, this multifaceted young businessman still manages to
follow his love for Cricket and swinging bat in style, holding this passion close which started
when he was just a 10 year old. He is a sight to behold when he plays on field. Arjun manages to give his 100 per cent to Cricket while managing his businesses. To his credit on field, Arjun represented Madhya Pradesh state cricket team for 8 years, out of which he remained the team’s skipper for 3 years and remains focused with his parents as his backbone and constant motivation for doing his best in all fields of life alongside cricket.

Either it is cricket ground or business, Arjun knows his game well and can beat the opponent
with the aura of his confidence and the charm almost always works in his favour.

In today’s world Arjun is an example of how joint families co-exist to create in themselves
people like him who are a contribution towards the society’s welfare while also someone to learn from, no man is ever born noble but seeing him on his journey it’s going to be a big celebration along the path and his wise is something that makes you notice the man with a vision this bright. Disclaimer: The views, suggestions and opinions expressed here are the sole responsibility of the experts. No Forbes India journalist was involved in the writing and production of this article.

Tweets by @forbes_india
Advocating for quality, blended education
News by Numbers: US Presidents by age