Sunil ydv SS is one of the notable persons from alwar,Rajasthan 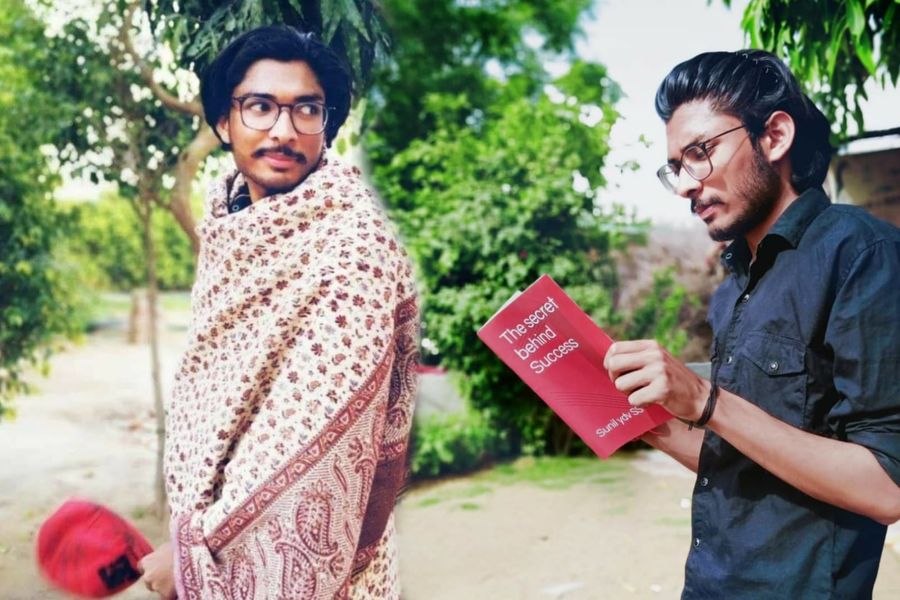 SS Motivation Telegram channel crosses 300 million net viewers in less than two years. It receives readers from around fifteen countries around the globe. Sunil ydv SS's motivation Telegram channel has the most extensive global subscriber base in the segment. The CEO and founder expect it to cross ten million viewers by 2022. The channel contributes to social causes and inspires millions of daily viewers. It has an immense impact on society, and members share their life-changing experiences with the founder. The 23-year old started as a common Indian boy but rose to high levels of achievement within a short period through his channel. He did so by showcasing posts, Shayari, and poems on his channel that target Indian audiences. Sunil ydv SS is the founder and CEO of the SS Motivation. He has written the book “Secret of Success.” He is also an entrepreneur and social activist who has immensely contributed to society through online and offline media. Sunil’s channel, SS Motivation, has a subscriber base of 203K. For his contributions, Sunil has won more than thirty national and international awards, including the prestigious Karamveer Chakra Award. SS Motivation Telegram channel was created on 19th October 2018. It addresses societal issues, stories, sarcasm, motivation, and life lessons in posts, shayari’s, poems, and images. The channel also takes viewers through real-life scenarios and motivates them to deal with them. Moreover, an average post on SS Motivation receives 20,000 to 25,000 shares. Presently, it has viewers from more than fifteen countries. This year it also crossed 300 million net viewers. The founder and owner of the channel predict that it would reach 1000 million viewers before the beginning of 2022. Sunil has competitions on his channel every fifteen days. These focus on issues like save water, growing trees, save girl child, etc. Through these events, he and his team have witnessed a spur of changes in society. People from around the globe appreciate the efforts of this channel and the founder's contribution. Apart from the prestigious Karamveer Chakra award that recognizes respect of former Indian president Dr. A.P.J Abdul Kalam, Sunil achieved many others. In 2019, he was rewarded the Iconic Personality of India, Rastra Prerna, Humanitarian Excellence, Incredible Indian Icon, and Student of the Session Award. Sunil ydv SS awarded Karmaveer Chakra Award by iCONGO and United Nations at IIT Delhi in 2019 As mentioned earlier, Sunil is also an author. He recently self-published his book, the "Secret of Success" on Amazon India. It includes his journey as a small town 23-years-old boy from Alwar City, Rajasthan, his relentless efforts to become a successful entrepreneur, failures, and rise with creating the SS Motivation Telegram channel. The channel also provides regular monthly income through advertisements. It also gives heart-touching and realistic social messages. He and his book inspire others to follow their goals or dreams and offer methods to overcome real-life situations with motivation. Presently, Sunil resides in New Delhi, India's capital city, and is one of the most popular global motivational entrepreneurs on Telegram. Sunil ydv SS is one of the notable persons from alwar,Rajasthan. Not long ago, Sunil was a struggling entrepreneur who could not achieve greatness in eight of his startups. There was a point in his life when he was struggling, and his friends, as well as his family members, helped him to cope with depression and suicidal tendencies. He also belongs to Budi Bawal, a small part of Rajasthan. Therefore, he can completely relate to the common man’s problems. During this time, his family and friends told him that many other people are struggling to achieve their life goals. Therefore, he dedicated his life as a social worker and helped people through his Telegram channel SS Motivation. He mentions a detailed account of his journey, failures, and mantras for climbing the ladder of success in his Amazon published book, “The Secret Behind Success,” published solely by him. Disclaimer: The views, suggestions and opinions expressed here are the sole responsibility of the experts. No Forbes India journalist was involved in the writing and production of this article.