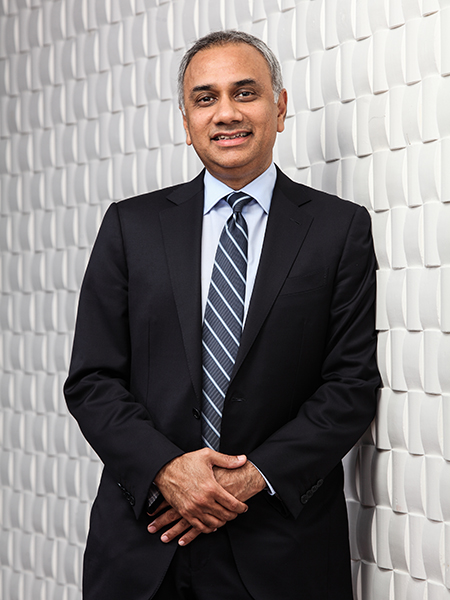 
It was some six years ago that Infosys’s founders started their experiment with the company’s first professional CEO with Vishal Sikka, a former senior executive at business software behemoth SAP. Announcing Sikka’s appointment to the chief executive’s post, founder NR Narayana Murthy was in a great mood, joking with reporters at a press conference that ‘sikka’ meant coin or money, and therefore, he hoped Vishal Sikka would make even more money for the company. Three years down the line, Murthy would fight bitterly with Sikka and his board until the CEO decided it was time to leave. Some of the board members left too. Infosys’s first experiment with professional management, therefore, ended prematurely. Enter Salil Parekh.

Parekh, a former Capgemini senior executive, seemed to be the opposite of Sikka in some ways. Especially in the way he kept a low public profile, whereas Sikka’s ideas about everything from murmurations to grassroot innovations and the need for Infosys employees or ‘Infoscions’ becoming ‘problem finders’ and not just problem solvers, were lapped up by the media and others. There is no doubt that Sikka was a highly capable and deeply committed technocrat, but Parekh didn’t mind coming off as less glamorous. He set the company on its next strategy to help customers ‘Navigate their next’. It was built on four pillars—customer relevance, artificial intelligence (AI) and automation to re-energise the core, employee focus including massive re-skilling, and localisation in the most important markets—the US, Europe and Australia. The strategy seems to be working. And when clients saw Infosys effectively and efficiently send 99 percent of its workforce to continue doing what they did best, but from their own homes, in a matter of weeks, many were impressed. And it re-applied the stamp of authenticity to Infosys’s ability to execute on important projects of massive scale. In this case, the company had equipped 99 percent of 2,40,000 people to work from home. And they, in turn, ensured that that clients’ business continuity didn’t suffer. One deal, recently, brought home the message that Infosys was back with a bang. The company signed the biggest order its history with Vanguard, a Pennsylvania-based financial services company. According to a report by The Times of India, the contract is worth at least $1.5 billion. Infosys hasn’t provided financial details, but the company is to take 1,300 Vanguard staff onto its own rolls in the US with guaranteed pay parity for a year. A senior Vanguard executive would also move to Infosys to become the IT company’s chief client officer, as well as head a centre of excellence in the US. Meanwhile, Infosys’s pipeline has grown, and its large deal total contract value has grown 3x of what it was two years ago. Revenue from digital services as a share of the overall sales has doubled to some 45 percent. The pandemic that saw Infosys massively enable work from home, will continue to provide a tailwind as the IT company’s biggest customers return to spending in an environment where tech is the strategy, as many industry executives like to point out. There are also potential headwinds. First, politics has permanently changed how Infosys’s biggest markets look at outsourcing. Political leaders would like to see more local hiring. Infosys has committed to raising its local hiring to a total of 25,000 in the US by 2022, from about 13,000 today. Second, and related to the first, it is possible that Infosys and other top Indian IT companies will likely see themselves targeted more for racial discrimination. And third, Infosys’s own rules, which the founders enshrined in an attempt at superior corporate governance, could also prove a distraction. Parekh too, in the short span that he has been at the company, wasn’t spared the anonymous whistle blower, although nothing seems to have come out of it so far. Parekh himself, in an interview with Forbes India, acknowledged that his biggest challenge will be to keep the entire company’s focus fixed entirely on clients’ needs, and responding quickly and effectively. In that he has chairman Nandan Nilekani’s backing: “Infosys is an organisation deeply rooted in values of learning and doing the best for our clients. Salil has intensified this culture of learning and innovation. Today, Infosys is fast evolving into a sentient, live enterprise,” Nilekani said in an interview. Read more on all of this in our latest issue, on stands now, or click here for the full story.