Can Adar Poonawalla tide over the setback in the Covid-19 vaccine race?

As a volunteer developed an unexplained illness, AstraZeneca, whose coronavirus vaccine Poonawalla's Serum Institute is manufacturing in India, announced a pause in clinical trials 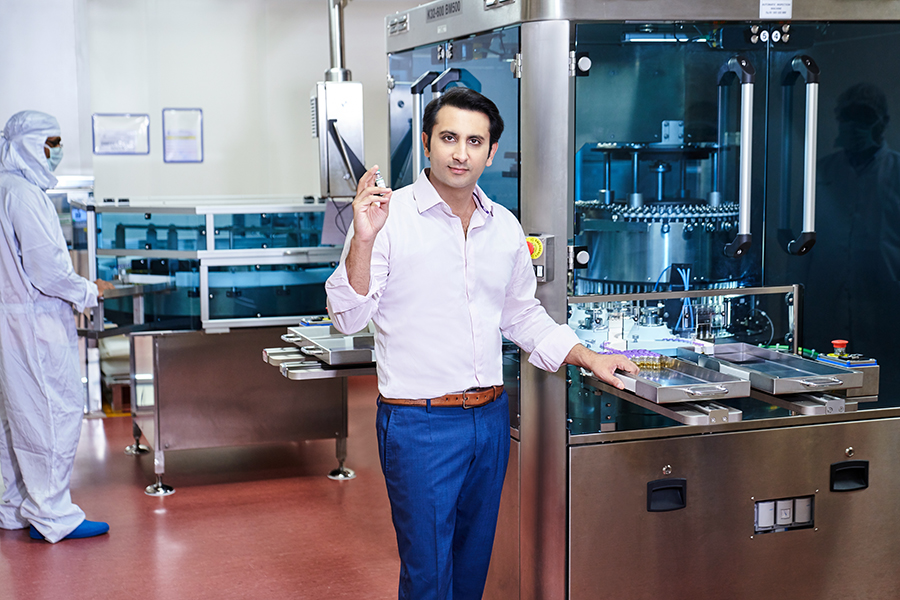 UPDATE: Adar Poonawalla has to pause his big gamble with the world’s most promising Covid-19 vaccine. On Thursday evening, Serum Institute decided to pause its India trials. “We are reviewing the situation and pausing India trials till AstraZeneca restarts the trials,” Serum Institute said in a statement. AstraZeneca had paused its clinical trials after a volunteer developed an unexplained illness. Indian billionaire Adar Poonawalla’s big gamble with a Covid-19 vaccine, developed by the Oxford University and British pharmaceutical giant, AstraZeneca, seems to have run into a serious roadblock. On Wednesday, AstraZeneca, mandated with developing, manufacturing and distributing the vaccine that was earlier developed by the Jenner Institute and Oxford Vaccine Group, said that that it had voluntarily paused clinical trials of its coronavirus vaccine after a volunteer developed an unexplained illness. AstraZeneca was in the midst of its third phase of the trial. It was brought in by the UK government for its expertise in late-stage drug trials, financial resources and global distribution. Poonawalla’s Serum Institute had tied up with AstraZeneca in June this year to manufacture the vaccine in India, of which 50 percent will be kept for sale in India, while the remaining will go to low- and middle-income countries. "As part of the ongoing randomised, controlled global trials of the Oxford coronavirus vaccine, our standard review process was triggered and we voluntarily paused vaccination to allow review of safety data by an independent committee," a spokesperson for AstraZeneca told Stat, a US-based news website. "This is a routine action that has to happen whenever there is a potentially unexplained illness in one of the trials, while it is investigated, ensuring we maintain the integrity of the trials."
On Wednesday, soon after AstraZeneca decided to put on hold its clinical trials, Serum Institute had said that the Indian trials would go ahead as planned, and that the company has “faced no issues at all”. In August, the Pune-headquartered company had begun clinical trials and recruitment process for phase 2 and 3 trials of the vaccine in India.
Now, India’s Drug Controller General of India (DCGI) has issued a show-cause notice to Serum Institute of India (SII) asking for an explanation as to why the ongoing clinical trial of the Covishield vaccine candidate has not been suspended until doubts about patient safety are cleared. The DCGI show-cause notice also mentions that the clinical trials in the US, UK, South Africa and Brazil have been put on hold.
In response on Thursday morning, Serum Institute of India said that the company hasn’t been asked to stop trials yet. “We are going by DCGI’s direction, and so far, we’re not told to pause trials,” Serum Institute said in a statement. “If DCGI has any safety concerns, we will follow their instructions and abide by the standard protocols."
In India, Poonawalla, who has partnered the British pharma giant, had laid out plans to sell the vaccine at $3 per dose. He had earlier suggested that his company was looking to launch the vaccine in November. "We can't comment much on the UK trials, but they have been paused for further review and they hope to restart soon,” Serum Institute said in a statement. “As far as Indian trials are concerned, it is continuing, and we have faced no issues at all."  “Different sites and hospitals have been chosen across the country, covering different regions that are COVID-19 hotspots,” Poonawalla had told Forbes India earlier. “We seek to conduct trials across 11-12 hospitals.” Serum Institute, which named the AstraZeneca-Oxford vaccine ‘Covishield’ in India, has already produced small batches of 2 million to 3 million doses for testing and trial. Last month, the company also began manufacturing between 60 million and 70 million doses of the vaccine and plans to ramp it up to 100 million doses. “Two of our facilities have also been dedicated to produce millions of doses for the Covid-19 vaccine. Now we have received regulatory approvals to conduct trials in India,” Poonawalla had told Forbes India. Pune-based Serum Institute is the third firm to conduct human trials of a Covid-19 vaccine in India after Bharat Biotech (for Covaxin) and Zydus Cadila (for ZyCoV-D). But even as he began manufacturing the Oxford vaccine, Poonawalla also tied up with a few other partners in the US and Europe to develop similar coronavirus vaccines. “We are working with multiple partners across the US, UK and Europe on four different vaccine candidates,” he had told Forbes India. “We never assumed that only one vaccine candidate would work. Vaccine production is like a rollercoaster ride, with all sorts of probable results; you just need to be patient until the final result is out.”

Serum Institute’s deal with the US-based Codagenix, a clinical-stage biotechnology company, involves rapidly co-developing a live-attenuated vaccine against the coronavirus. A live-attenuated vaccine can mount an immune response to multiple antigens of the virus and can be scaled up for mass production. With Austria’s Themis, work is underway to develop a vaccine by modifying a measles virus vector to carry coronavirus antigens. Then, last month, the company also struck a deal with Maryland-headquartered Novavax Inc. for the development and commercialisation of the Novavax coronavirus vaccine candidate. “Along with these, we are working on two of our own candidates, which we hope should be available towards the end of 2021,” Poonawalla told Forbes India. Until now, the Oxford vaccine was counted amongst the frontrunners in the global quest to find a cure for the pandemic that has swept the world. So far, the Covid-19 pandemic has sickened more than 27 million people and killed over 900,000 people worldwide.

Tweets by @forbesindia
The world's richest families are...
Meet the Batman of biscuits