Abbott Nutrition is adopting a different tack in nutrition 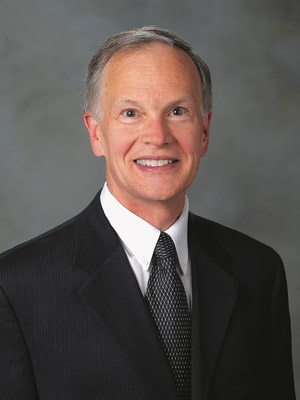 Life is a tragedy of nutrition, said German health educator and nutritionist Arnold Ehret. More than a century later, almost in tragicomic response to Ehret’s musing, the packaged nutrition market has exploded. It’s worth $500 billion, according to the Global Nutrition Group which PepsiCo set up in 2010.

And it’s growing steadily as people are living longer, though not necessarily healthier. Which is why recent acquisitions in the food industry, including Nestle’s  purchase of Pfizer’s nutrition business for $11.9 billion and Danone snapping up Wockhardt’s for $355 million, show the food industry wants to become ‘nutritious’, and in an inorganic way. But Abbott Labs, which has been present in India for 100 years, has preferred an organic route.

In June, Abbott Nutrition set up a research and development centre under a five-year contract arrangement with Syngene, a subsidiary of Biocon. It’s in contrast to what Abbott did when it needed to grow its India pharmaceutical business—it acquired Piramal Healthcare’s formulations business for $3.8 billion in 2010. So why adopt a different tack in nutrition?

“We had looked at Pfizer and Wockhardt [nutrition businesses] and did not find them compelling. We decided to build competence in R&D and manufacturing in India,” says John C Landgraf, executive vice president, global nutrition. He says by this year-end, the Bangalore centre will be the second largest for Abbott and in five years, India would be the third largest market.

Their competitive advantage, according to Robert H Miller, divisional vice president of Global R&D, is that Abbott is a healthcare company as opposed to their nearest competition which is in food business. “They have a broad-based approach to the whole continuum, whereas our partnership is with the practitioners.”

While its competitors look more at wellness, Abbott wants to focus on supporting chronic disease management. For instance, in cancer, many times patients die not because of the disease but because their body, for loss of muscle mass and other failings, can’t fight back or tolerate the existing therapies.

Syngene collaboration offers Abbott a lean model with ample flexibility and speed to market. If its Singapore R&D centre took 15-18 months to produce new products, the Bangalore centre is expected to give results within eight to 12 months, starting with five products in meal accompaniments, particularly in diabetes. Abbott plans to use the clinical research capabilities of Syngene to make products that suit the Indian palette as well as the body.

Being a light asset, says Miller, will come in handy if the company has to do any course correction. Interested as it is in traditional Indian foods such as fenugreek, it doesn’t have much scientific data on them. “We may have to do much more in sensory and flavour than we ever anticipated,” he says. After all, that remains the holy grail of nutrition: How do you make nutritional food that people really like to eat?