Turn an Idea into a Business at Startup Weekend 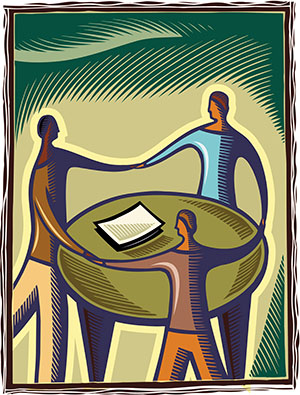 On a recent Friday evening, when most officegoers in Bangalore were on their way home with the weekend on their minds, Sunil Bhatla, an academic-turned-marketer, made his way to a Microsoft office in the centre of the city to spend his weekend there. He was joined by several others—of varied ages and experience—some just out of universities, and some with a few startups on their resumes. As they waited, they talked about technology, business models, valuations, venture capital and Silicon Valley.

The scene shouted ‘yet another tech seminar’. Well, almost. Except for the odd timing, and the conspicuous absence of people nattily dressed in suits and ties and PR folks pitching for them.

So, what were the 100-odd people present at the congregation up to? A Startup Weekend. For the uninitiated, it’s an event that promises to convert an idea into a prototype in 54 hours.

A typical Startup Weekend has mostly one—or at the most two—speakers, but they like to keep the chatter short and simple. The highlight of the event is when participants pitch their ideas. They vote and form teams. And then, they start building prototypes and through all these, they take help from the mentors—entrepreneurs, venture capitalists, technologists. The event in Bangalore had flown down a few from the US—Geeks on a Plane (an invite-only tour organised by 500 startups to help startups, investors and executives learn about burgeoning technology markets worldwide). In the end, all teams present their ideas before judges.  “That’s what this is all about,” Mukund Mohan, CEO in residence at Microsoft Accelerator said.
Startup Weekend forces you to say: “Let’s stop talking. Let’s act.”

Over 1,000 SWs have taken place in more than 400 cities across the world since 2007. During any weekend, there are at least five SWs in some part of the world or the other. Over 100,000 entrepreneurs have attended them so far. In India, the first events were organised by a team of volunteers in 2011, first in New Delhi and a week later in Bangalore. A typical ‘weekend’ attracts about 100 people and 70 ideas, says Chidambar Kulkarni, a volunteer who is now working on his own startup.

The 15 SW events that have been held in India so far have spawned a dozen startups, reckons Pankaj Jain, a venture partner at 500 Startups, a venture capital firm, and country co-ordinator for  SW India. His firm has funded one of them: UberLabs (now called Gazematrix). Another startup, Kinesis, has been funded by Morpheus. SW has also led to another type of enterprise: Similar events that follow the same format. Barely two weeks later, Bangalore is hosting In50hrs, an idea-to-prototype platform being hosted by Chennai-based The Startup Centre.

Why are startup propellers mushrooming all over the country? Because of the growth in the number of people exploring entrepreneurship and the value they see in teaming up with similar folk. Sanjay Swamy, an entrepreneur who runs an angel fund, says: “I think it’s clear that in India, at least in the tech space, entrepreneurship as a profession is now a first-class citizen alongside working for a high-paying MNC. But being an entrepreneur is often a very lonely role—and events like Startup Weekend helps them realise that they are not alone.”

The format not only underlines the preference for action, but also reflects the possibility that a tech company can attract high valuation in a short period. Orchestra Inc, which has less than 15 employees, was founded in 2011 and launched its first major app (Mailbox, an iPhone app that lets you manage your Gmail account) in February. Within a month, it was acquired by Dropbox for reportedly something between $50 million and $100 million.

It might be sometime before an idea coming out of SW achieves funds or fame of that magnitude. Partly because, says Microsoft’s Mohan, of the exposure of the Indian entrepreneurs who attend the events. While they are equal to any global entrepreneur in passion and ability, the scale of the problem they want to solve is limited. It’s often local, and is further constrained by the limited technology penetration. This, in turn, limits what SW can achieve. Its impact can be as deep as the ideas that come in. For instance, China has become the world’s second-largest e-tail market, with as high as an estimated $210 billion for revenues in 2012 and a compound annual growth rate of 120 percent since 2003. India doesn’t have that scale right now. Neither does Israel. But, unlike their Indian counterparts, entrepreneurs in Israel target the US and operate within a global ecosystem. Besides, an organisation that’s driven solely by volunteers cannot expand its brief.

Even so, the strength of SWs lies in the ties that entrepreneurs form with their peers during the events and the way they carry it beyond them. “There are other events where you can network and make contacts. But, you don’t get to know people by listening to them. You get to know by working with them,” Sunil Bhatla sums up.