A global movement is on to make sci-tech research accessible to all. How soon will Indian industry and consumers embrace it? 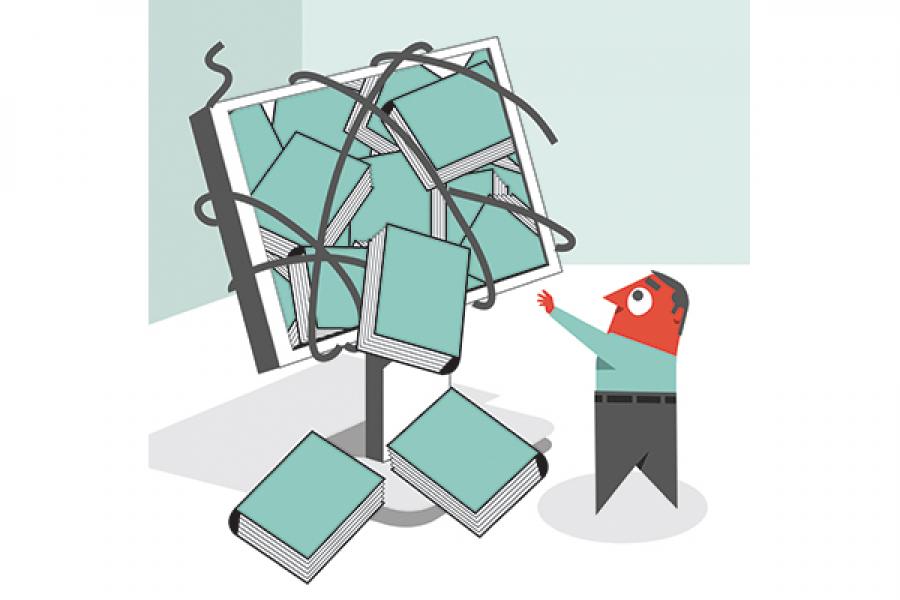 “Information is power. But like all power, there are those who want to keep it for themselves. The world’s entire scientific and cultural heritage, published over centuries in books and journals, is increasingly being digitised and locked up by a handful of private corporations.”— Aaron Swartz

It is difficult to disagree with this argument (published in Guerilla Open Access Manifesto), and many other similar ones, that Swartz, a 26-year-old digital rights activist, made. Much of the scientific knowledge in the world is gained with the help of public money, but it remains inaccessible to the public.

In January, when Swartz committed suicide while facing prosecution for hacking into JSTOR, a digital archive of journals that many universities pay to access, the debate spilled over into public consciousness. His means might have been illegal, even sloppy some would say, but the ends he strived for were fair.

Swartz did not just parachute onto the scene. The idea of open access in publishing came about in the mid-1990s. It took a while for the community to figure out how to do it. Who would bear the cost of free publication, the author or the funding agency? What slowed the movement further are the mysterious finances of this industry, estimated to be nearly $29 billion. Nobody discloses their numbers, and campus libraries strike separate deals with the publishers, often under non-disclosure agreements.

But much of the established practices are set to be disrupted. By 2011, 11 percent of research papers worldwide were published in fully open access journals; the rate is growing in double digits. This year, two countries took seminal decisions: In February, the Obama administration said all public-funded research would have to be made freely available within 12 months of their publication; from April, the UK’s research councils are making public-funded research open to all. Come January 2014, the European Commission will walk down the same path.

In India, there’s no public outcry as yet. At least not like what the world has recently seen from Chicago or Cambridge (UK) universities, where academics collected signatures in protest against commercial publishers. One reason, says P Balaram, director of Indian Institute of Science and an open access advocate, is Indian institutions have managed to keep their subscription costs in check by forming consortia that negotiate deals with publishers. But, he says, there’s scope for better bargains as most publishers sell bundled services, many of which are not needed or used by institutions.

The debate is likely to heat up in the coming months. Among other things is a Delhi-based startup, Knimbus (www.knimbus.com/open), which has thrown open its cloud-based knowledge platform that connects creators and users of scientific, technical and medical knowledge. Through this platform, anybody can access over 13,000 journals, 3,000 ebooks and 400,000 theses. More than 100 institutions, a few outside India, are using it.

But aren’t open access books and journals already out there, just a mouse-click away?

Yes. But data shows that the bulk of commercial research is accessed by platforms like Scopus, PubMed, Web of Science, or ScienceDirect.

“Every library web page in Indian universities has a section on open access with links to journals etc, but when you look at open access consumption, it is quite low… People need platforms. Without Google, consumption of the web would be much less,” argues Rahul Agarwalla, chief executive and founder of Knimbus. He thinks the immediate beneficiaries will be smaller institutes and small and medium enterprises, with the latter hardly having budgets, or even incentives, to consume research.

Meanwhile, institutions like Council of Scientific and Industrial Research (CSIR) are creating their own repository that will be accessible to all. Ironically, they have been driven to it by commercial publishers who counter open access models with pleas of editorial value and prestige that researchers get by publishing in well-known journals.

Until now, subscriptions were renewed every year with a nominal rise in rates. Now, publishers charge a fee based on previous years’ downloads.

“With a usage-based model, if one paper is downloaded by 20 researchers in one institution, we have to pay an amount in dollars for each download. If we have to access journals from top-end publishers, we could end up paying Rs 50 crore a day,” says RR Hirwani, head of CSIR’s Unit for Research and Development of Information Product.

To break this monopoly, CSIR has asked all its 38 institutions to create their respective repositories. This is possible because publishers allow researchers to archive their ‘pre-print’ papers in institutional archives. Once the repositories are created—30 are ready—they will be connected to CSIR Central, a server that makes it accessible to anyone. Over time, all institutions will have to move towards such repositories and the government will have to eventually make it mandatory, says Hirwani.

How will this affect the modest $300 million to $500 million scientific publishing industry in India?

The role of the publisher is changing, the published product is no longer a book, says Vivek Mehra, managing director of SAGE Publications India. “Publishers are no more the gatekeepers, but are like guides… helping consumers find the pearl in the ocean.” He admits “profitability per unit” is adversely affected by the shift to open access, but the “number of units” is also growing exponentially in India.

If research has to reside in public databases, somebody has to do it. Libraries need to improve infrastructure, funding agencies need to align policies. Equally critical is the role of the user community itself. Maybe they can take a page out of Wikipedia.