Abnormally high returns, despite all the warning signs, is a promise that investors have always fallen prey to 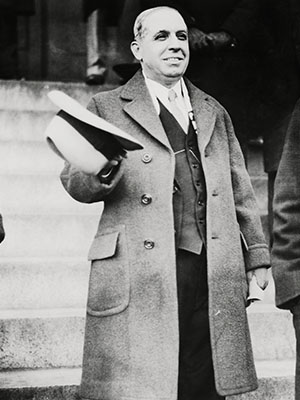 Charles Ponzi
Promised clients a 50 percent return within 45 days and a 100 percent return within 90 days. He claimed he would buy discounted postal coupons in other countries and redeem them in the US, making money in the arbitrage. He was actually paying early investors with the money from later investors. He was caught in 1920 and pleaded guilty.

City Limouzines
Fractional ownership of limousines. Now, who wouldn’t fall for that. Investors across India were told their money would buy them a stake in cars like the Toyota Innova. Rental income would take care of their payouts. The cars were never bought and the case is now in court.

Emu Farming and Eucalyptus Trees
These two are examples of schemes that were particularly prevalent in southern India. Both promised a quick return on investments as eucalyptus tress grow fast and emus can be farmed quickly. Most investors never saw their money again.

Franklin Syndicate
Gained notoriety in 1899 when William Miller, a bookkeeper from Brooklyn in the US, promised an interest rate of 10 percent a week. By the time he was caught, he had defrauded people of $1 million and was sentenced to 10 years in prison.

Bernard Madoff
The world’s largest Ponzi scheme saw Wall Street doyen Bernard Madoff embezzling $65 billion, which he raised over two decades. He was arrested on December 10, 2008, and charged with a single count of securities fraud. He faces 150 years in prison.

Chit Funds
In India, chit funds are often considered to be Ponzi schemes. There have been several blow ups in the past, with poor regulation being the main culprit. Saradha, a West Bengal chit fund that went down in April, is only the latest in a series.