Inside the Direct Cash Transfer Debate

A look at the crucial issues involved 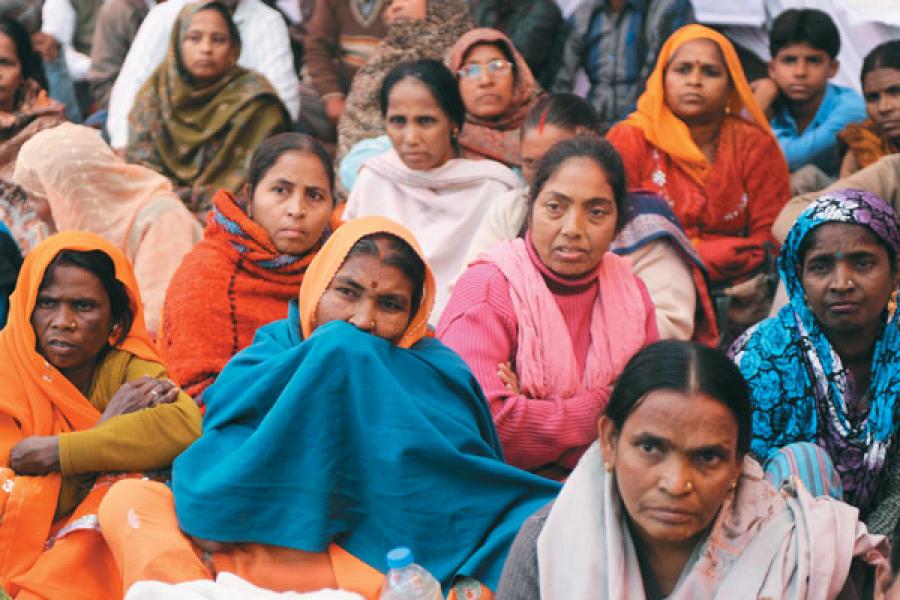 Image: Getty Images
IFS AND BUTS The DCT drive may face glitches like the move to pay NREGA wages through bank accounts: Either people didn’t have accounts or the banks were located far away

Over the past three years, India has vigorously debated the merits of having a Unique Identity (UID) number for each citizen and, allied with it, the move towards direct cash transfers (DCT) of subsidies (like food, fuel and fertilizer) and social security endowments, like pensions and scholarships.

On January 1, India took its first steps towards UID-enabled direct cash transfers. But the move has further stoked the debate on the wisdom of taking such a step.

Why UID and DCTs make sense
On the face of it, it makes a lot of sense for India to have UID and DCTs. A big part of the inefficiency in government service delivery is due to the inability to authenticate the identity of individuals. This was, for long, held responsible for hitches like the poor not getting their ration and banks not being interested in deepening their presence among the poor, especially in rural areas.

The UID provides a platform amenable to technological innovations to resolve the numerous pinpricks that affect service delivery.

The use of micro ATMs, for instance, can enable people (with a UID number) to open a bank account at their preferred kirana shop. Delhi started such a scheme, Saral Money, in December 2012, where merely stating your UID number suffices for KYC norms. The Unique Identification Authority of India (UIDAI) transfers the relevant data to the bank branch concerned without losing time or depending on the kirana shop owner to use his discretion. This system can be a boon for the poor.

Similarly, in principle, DCTs of food, fuel and fertilizer subsidies—which account for close to 2.3 percent of India’s GDP—to UID-enabled bank accounts of the beneficiaries can effectively cut down on leakages by way of ghost accounts.

The opposition to UID is on two broad counts. The first concerns civil liberties, including the confidentiality of private data and the government’s ability to misuse it to monitor individuals. “We still do not have adequate laws for privacy and data protection,” says Jean Drèze, noted development economist. The second concerns the assertion by the government as well as UIDAI that biometric parameters will yield foolproof results. Usha Ramanathan, a legal expert and activist, quotes a recent study by Notre Dame University that shows that even a person’s iris changes every two years. “How can you trust biometrics for authentication?” she asks.

But since a turnaround on UID seems very unlikely, the opposition is now shifting focus to DCTs, the practical aspect of UID.

Interestingly, the activists support DCTs when it pertains to providing social security pensions, scholarships, and maternity entitlements—in other words, schemes where the benefit is in the nature of cash to begin with.

However, replacing subsidised food grains, kerosene, and fertilizers with direct cash transfers is being fought tooth and nail, especially in light of the express timelines laid out by the government.

Here’s why: Independent studies reveal that government pilots for DCTs have been disasters. A case in point was the Kotkasim district (Rajasthan) pilot, conducted between 2011 and 2012, wherein the government tried to provide DCTs to those eligible for subsidised kerosene. In one year, sales of kerosene fell by 80 percent. But far from being a result of efficient design, this was due to people either not getting their bank accounts in place or not getting the subsidy amount in their existing accounts. As a result, people stopped buying costly kerosene (that is sold at market price) with no assurance of support.

Drèze and his fellow activists, including Harsh Mander, AK Shiva Kumar and Nikhil Dey, call it “denial by design”.

The fear among those who have been campaigning for a comprehensive Food Security Act is that something similar is likely to happen if DCTs are hurriedly employed in place of subsidised food grains or fertilizer—only this time with deleterious impacts on hunger, nutrition and food safety.

“The accelerated drive to DCTs can be very disruptive,” says Drèze, citing the hurried manner in which the well-intentioned move to pay NREGA wages through bank accounts almost killed the entire programme due to delays in payments. Reason: Either people did not have bank accounts or the branches were far away. Something similar is happening with DCTs again. While the data on government preparedness is not easily forthcoming, it was clear that the government was ill-prepared when it substantially scaled down the scope of DCTs at the very last moment on December 31, 2012, from 51 districts to 20, across just 26 welfare schemes instead of 34 .

Even if India had the infrastructure to pay through banks, it may still not be advisable to replace subsidised food grains by cash because while the market price of articles goes up instantaneously, the increased subsidy can happen only with a lag. In a country where every second child is malnourished and almost one-third of the population lives on half a dollar per day or less, any time lag becomes critical.

On the one hand, some states, especially Chhattisgarh, have shown how subsidised food grains can be provided efficiently, thanks to a proper incentive structure. On the other, the Central government is of the view that it will overcome the teething troubles of DCTs and transition to a new order of welfare policy implementation unlike any seen in the world’s history. Only time will tell which call was correct.