For the first time, the Indian Army has thrown open its doors for private players to bid for a project to build the Future Infantry Combat Vehicle 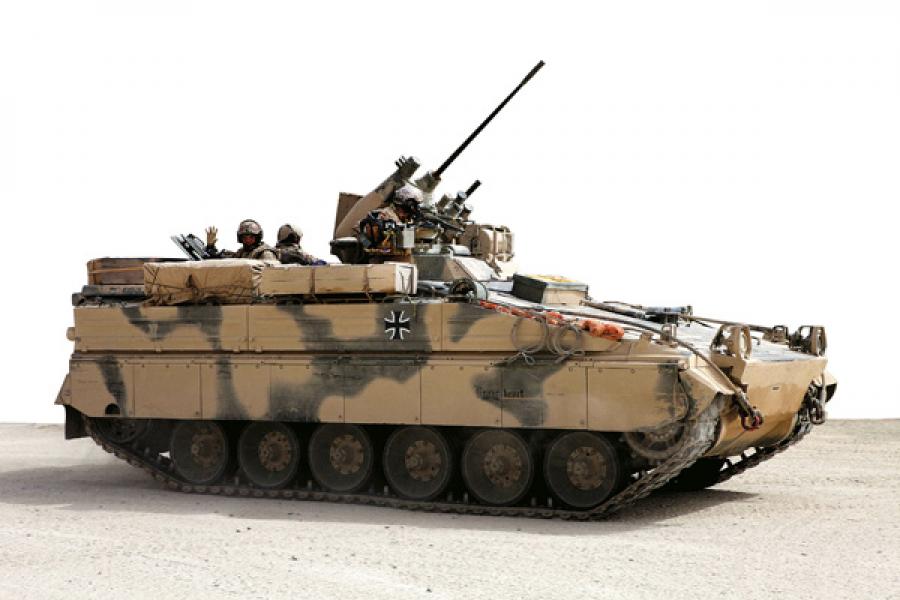 Four companies are battling for the largest ever public-private partnership project to build a light armoured carrier for the Indian Army—the Future Infantry Combat Vehicle (FICV). The Army needs about 2,600 such vehicles over 20 years. All four bidders—Tata Motors, Mahindra Defence Systems, L&T and the government-owned Ordnance Factory Board (OFB)—have presented their designs and the evaluation is set to move to the final phase within a month. The Rs 50,000-crore order is likely to be divided between the winner and runner-up, providing a huge leg up to the defence manufacturing industry. “It will be a game changer,” says Brig. Khutub Hai, CEO Mahindra Defence Systems, since it will help develop an eco-system of small and medium sized companies as suppliers to the winners. Mahindra Defence is partnering with British Aerospace, while OFB is likely to partner Russian arms export agency Rosoboronexport. There is no clarity on who the partners are for the other two bidders.

Existing Tanks
The backbone of the fighting vehicles in the Indian infantry today are the Russian-designed BMP series which are being made by OFB. About 1,500 of these are estimated to be in service. The FICV is a lighter machine (about 20 tonnes) which can carry three crew and seven soldiers, and will be evaluated on its mobility, lethality and survivability.

Bid Process
Army evaluation teams have visited the factories of all bidders to test their capabilities. Two companies will be shortlisted and asked to build one prototype each—the manufacturing of these will be funded 80 percent by the government. These prototypes will be tested and evaluated in various conditions after which a winner will be chosen. However, the contract will be split, with the winner getting 65-70 percent of it and the runner-up taking the rest.

Rival Armies
The Pakistan Army uses the M113, a fully tracked armoured personal carrier, used widely by the United States since the Vietnam War. Its localised variant, Talha, is an all-terrain, infantry support vehicle with a 12.7mm machine gun as its main armament. In Budget 2012-13, Finance Minister Pranab Mukherjee has increased the capex for India’s defence by almost 20 percent to
Rs 80,000 crore.

Challenges
• The systems integration of the FICV is likely to be a big challenge. The platform, the software and electronics have to be integrated for the vehicle to function well. Indian companies have little experience in this.

• Keeping it local. All the four bidders are likely to have foreign partners. The fear is that the high-end work will be done abroad defeating the purpose of the exercise. Russian aircraft have been assembled in India for decades—yet the design and development of every new generation plane was done in Russia.