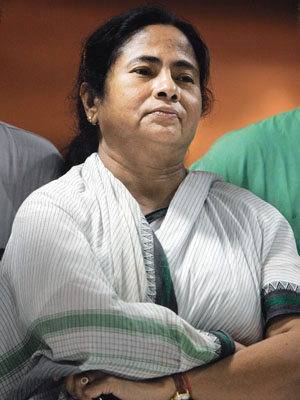 But when his successor, Mamata Banerjee, presents the ministry’s budget later this month, the mood is likely to be sombre.

The Indian Railways is faced with a massive depletion in finances due to the slowing down of growth in its freight business. It is also struggling with the financial burden of the payout for the sixth Pay Commission (around Rs. 55,000 crore between 2008 and 2011).

The national transporter is expected to register a shortfall of over Rs. 4,000 crore on an estimated Rs. 92,000 crore in revenue from freight and passenger business this year.

The Railways has faced several problems since the last budget. The increase in fuel prices is expected to inflate its expenses by Rs. 1,000 crore. Private container train operators who were given licences during Yadav’s regime have complained that the Railways is not helping them carry more freight and have decided to hold up around Rs. 2,000 crore of investment in the sector. This explains why the incremental freight loading target for 2010-11 is only 52 million tonnes compared to 60.3 million tonnes in 2009-10. Several other public-private projects including modernisation of railway stations have not taken off due to a paucity of funds.

In 2007-08, the Railways had a fund balance (or self-generated reserves) of Rs. 19,700 crore. It had to wipe the fund balance clean in two years in order to bankroll its salary costs under  the Sixth Pay Commission as well as pay dividend to the government in 2009-10.

The timing could not be more unfortunate as far as India’s infrastructure sector is concerned. Take for instance the Dedicated Freight Corridor project, which is expected to now cost around Rs. 77,000 crore, including the cost of borrowing and inflation.

The Railways is banking heavily on DFC to decongest its clogged network that today can move its ‘superfast’ trains at a maximum speed of a mere 140 kmph. It will provide a separate line for freight transportation. This will help substantially increase speeds of both passenger and freight trains, making it more competitive against airlines and snatching business away from road transporters. The project, which was announced in 2005, involves building an exclusive freight line each in the west and the east to connect Mumbai and Kolkata with Delhi.

However, the project which was supposed to be completed by 2012 as per the original schedule, is yet to take off due to delays in land acquisition and finalisation of the alignment of railway lines.

But now, just as the decks had been cleared for the Railways — after it made substantial progress in tying up funds from the World Bank and the Japan Bank for International Cooperation — to start funding the project, it has become cash-strapped.

Railway finances have become a controversial subject in India ever since Mamata Banerjee picked holes in the claim of financial turnaround achieved by her predecessor.

In a white paper presented to Parliament in 2009, Banerjee said the cumulative cash surplus before dividend for the years between 2004 and 2009 would have been just Rs. 62,363 crore instead of the previously claimed Rs. 88,669 crore, but for certain changes made in the accounting system.
The Railways under the Lalu administration used to show depreciation, interest on deposits and lease charges as part of the surplus. In 2007-08, these three heads accounted for around Rs. 8,400 crore of the Rs. 25,000 crore shown as surplus. The Banerjee administration has since then reversed this approach.

Even as the railway administration has to cope with the reality of the revised, gloomy numbers, it has to gear up to execute massive projects such as the DFC, the construction of three rolling stock factories and expansion of rail lines (all promised by Lalu Prasad Yadav).

“The DFC project requires around Rs. 4,000 crore every year from the Railways. Where is the money going to come from, given the state of the finances? My faith in God will get multiplied if the DFC is constructed in the next 10 years,” says infrastructure expert Akhileshwar Sahay of Feedback Ventures.

A senior officer with the Dedicated Freight Corridor Corporation says that if the situation warranted it, the Railways would have to take a call on diluting its equity in the project and execute the project as a public-private partnership. “The gross budgetary support from the government will definitely have to go up as the Railways’ requirement for funds is also going up,” this officer says. 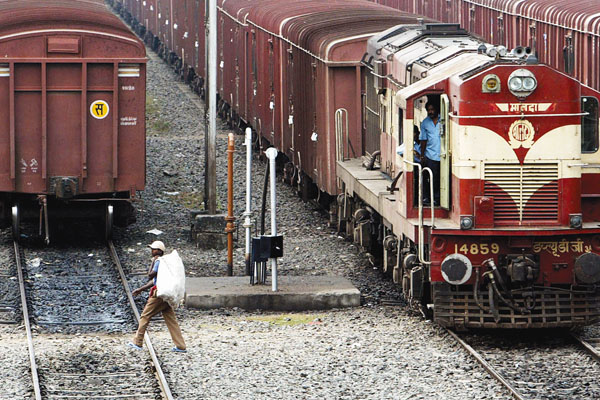 Image: Rupak De Chowdhuri/Reuters
Off Track Tight finance will affect crucial projects like the expansion of the rail network
Railway insiders are not overly worried about the financial situation, though they do admit that it needs substantial government assistance to nudge large projects forward.

“It is true that the finances of the Railways are under strain. But the worst is over and we are coming up from the valley,” says Samar Jha, financial commissioner of the Railway Board.

The government had provided a gross budget support (GBS) of about Rs. 15,800 crore this fiscal. Concerned officers in the Railways say the ministry had sought twice the amount for 2011-12.

Refusing to state the amount of budgetary support sought by the ministry, Jha says, “We need more support from the Centre if the Railways is to grow.”

So what are the compulsions under which Mamata Banerjee is scripting the next Railways budget?

Former financial commissioner of the Railways, R. Sivadasan, says that the Railway Board would need to cut corners this time. He says it would have to defer allocating money under several heads such as staff quarters, amenities for staff, passenger amenities and investment in public sector units.

“Working expenses will have to be severely curtailed this budget so that money can be found for the most crucial works.  The Railways can save up to Rs. 6,000 crore by holding back on the less important items,” he says.