By putting the rural sector and fiscal consolidation first, the finance minister has presented a responsible budget with an eye on the future 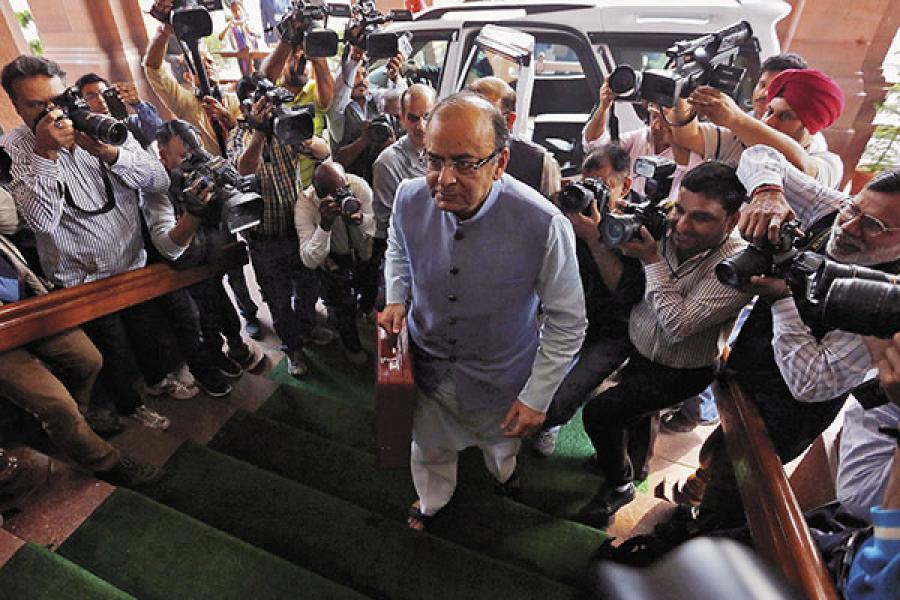 The dawn of a new era in farming is in sight,” said MS Swaminathan, the father of India’s Green Revolution, immediately after the announcement of Budget 2016 on February 29. “Giving an income orientation to farming is probably the most significant announcement made by the finance minister.” These words should have been music to the ears of Finance Minister (FM) Arun Jaitley who had received plenty of flak after Budget 2015 for not giving due importance to the rural and social sectors. Cut to 2016, and Jaitley and his government have repositioned themselves as the farmers’ friend.

The rural sector, which is reeling under the impact of two successive monsoon deficits, accounts for 55 percent of total demand in the country. It follows that if rural India is not set right, the country’s growth will not accelerate. Taking cognisance of that, the FM articulated the government’s intent to double farm income by 2022, and announced a slew of measures to help achieve it.

A large allocation (Rs 35,984 crore) was made to fund irrigation projects, improve agricultural practices, increase access to market (Rs 19,000 crore for rural roads) and create an additional storage capacity of 97 lakh metric tonnes. These are long-term measures. For immediate benefit, he increased the allocation for MGNREGA (the Mahatma Gandhi National Rural Employment Guarantee Act) to Rs 38,500 crore; and not just that, he has widened its scope by reorienting it to efforts such as soil conservation, watershed management and ground water harvesting.

Through steps like these, the FM could well have laid the foundation for India’s double-digit growth in the near future.

Now, while the rural focus was expected, what surprised economists was Jaitley’s decision to not unleash large-scale public investment. “The government chose macro stability over growth, delivering a positive surprise by sticking to its fiscal consolidation roadmap,” says Sonal Varma of Nomura Research in her post-Budget report. Here again, a long-term focus—a running theme in Budget 2016—seems to have been the driving force.

By sticking to the fiscal consolidation roadmap, Jaitley wants to send a clear signal to global investors that India is committed to fiscal sustainability. It also holds a message for the Reserve Bank of India (RBI): ‘I have lived within my means, now do your part and ease the monetary policy’.

“RBI will perceive the budget as a positive event. Hence we continue to expect a 25 basis point repo rate cut in April with a greater chance of an inter-meeting cut,” writes Varma. The rate cut, when it happens, will improve customer sentiments and thereby demand. “This is the most responsible way to act considering that global headwinds are strong,” says Rashesh Shah, chairman and CEO of Edelweiss group. His views are echoed by many who believe this to be a better way of accelerating growth rather than pump-priming it through big-bang infrastructure investment at the cost of fiscal responsibility.

However, Jaitley has not lost sight of the need to invest in infrastructure nor has he held back the allocation for it. He has planned an infrastructure outlay of Rs 2.21 lakh crore (predominantly for roads and railways) in 2016-17. There are plans to raise additional resources to the tune of Rs 31,300 crore through bonds issued by the likes of the National Highways Authority of India, Power Finance Corporation and Nabard. The rest of the money for infrastructure spend must come from the budget.

And that is where the concerns emerge: Has Jaitley over-estimated his revenue mobilisation for 2016-17? Income from divestment and strategic sale of assets is pegged at Rs 56,500 crore (as against Rs 13,300 crore achieved in 2015-16). It expects to generate around Rs 99,000 crore from spectrum auctions, licence fees and other related areas. Varma of Nomura views these as “optimistic” but Shah differs. “It is not a big challenge to raise the targeted money,” he says. “The government did not go for large-scale disinvestment in 2015-16 as there was no need to. It had a large oil windfall and was confident of meeting the fiscal targets.” The risk here is that if the government fails to realise the budgeted revenues, it will be forced to borrow from the market and that will push up interest rates.

Dispute resolution in the infrastructure space is a major challenge that was crying out for a solution. To that end, Jaitley has announced the Public Utility (Resolution of Disputes) Bill, guidelines for renegotiation of PPP concession agreements and  a new credit rating system for infrastructure projects. “These are steps in the right direction as funds to the tune of Rs 5 lakh crore have been held up on account of various disputes in project execution,” says Hemant Kanoria, chairman and managing director, Srei Infrastructure Finance. “PPP in infrastructure should be put back on track and we have already lost precious time.” Dispute resolution will free up funds and also help deal with bad debts in the banking sector pertaining to infrastructure.

The solidness of the budget notwithstanding, the one significant disappointment perceived by the markets was the FM’s decision to allocate just Rs 25,000 crore towards public sector bank recapitalisation. The expectation was for a far larger allocation, given the severity of the bad debt problem.

However, here too, there are those who agree with Jaitley’s move. “It is a good thing that he has not recapitalised the banks in a hurry. It appears that he wants to keep the pressure on the banks and get them to recover the bad debts and set their house in order,” says Shah. “It is a good call.”

For the most part then, the FM has produced a responsible budget focussed on long-term gains. The accent on fiscal consolidation should keep RBI satisfied. The ball is now in the RBI governor’s court. Over to you, Mr Raghuram Rajan.

Tweets by @forbesindia
Social VCs tighten their purse in 2015
Every global crisis is an opportunity for India: Amitabh Kant