Finance Minister Nirmala Sitharaman announced reduced tax rates in an 'optional' new regime. A look at the old regime vs the new: How a middle-class taxpayer chooses 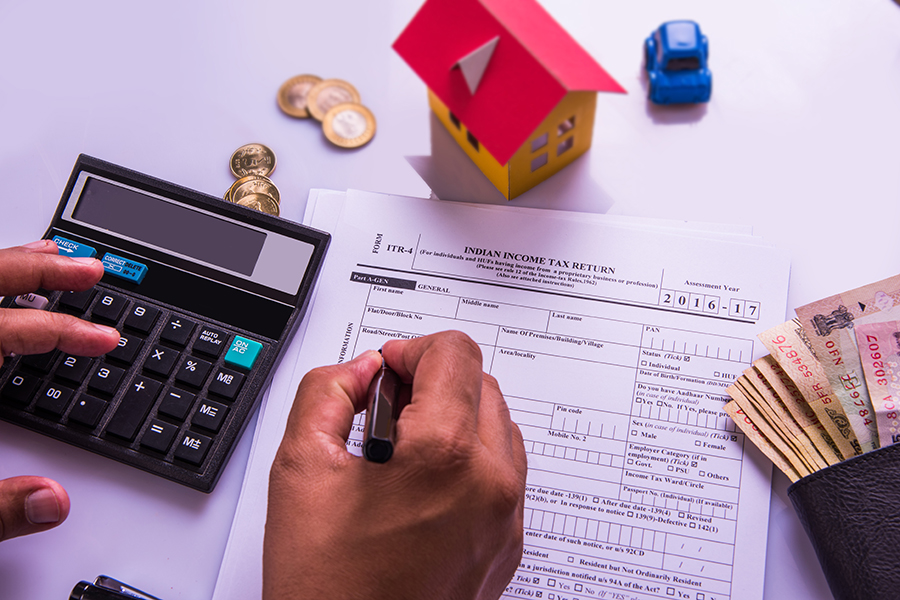 
In her Budget speech, Finance minister Nirmala Sitharaman has sought to provide tax relief for middle-class taxpayers, albeit with a rider. In order to simplify the existing tax regime, she has reduced income-tax rates for individual taxpayers, who will forego deductions and exemptions. Tax slabs under the new regime are as below: 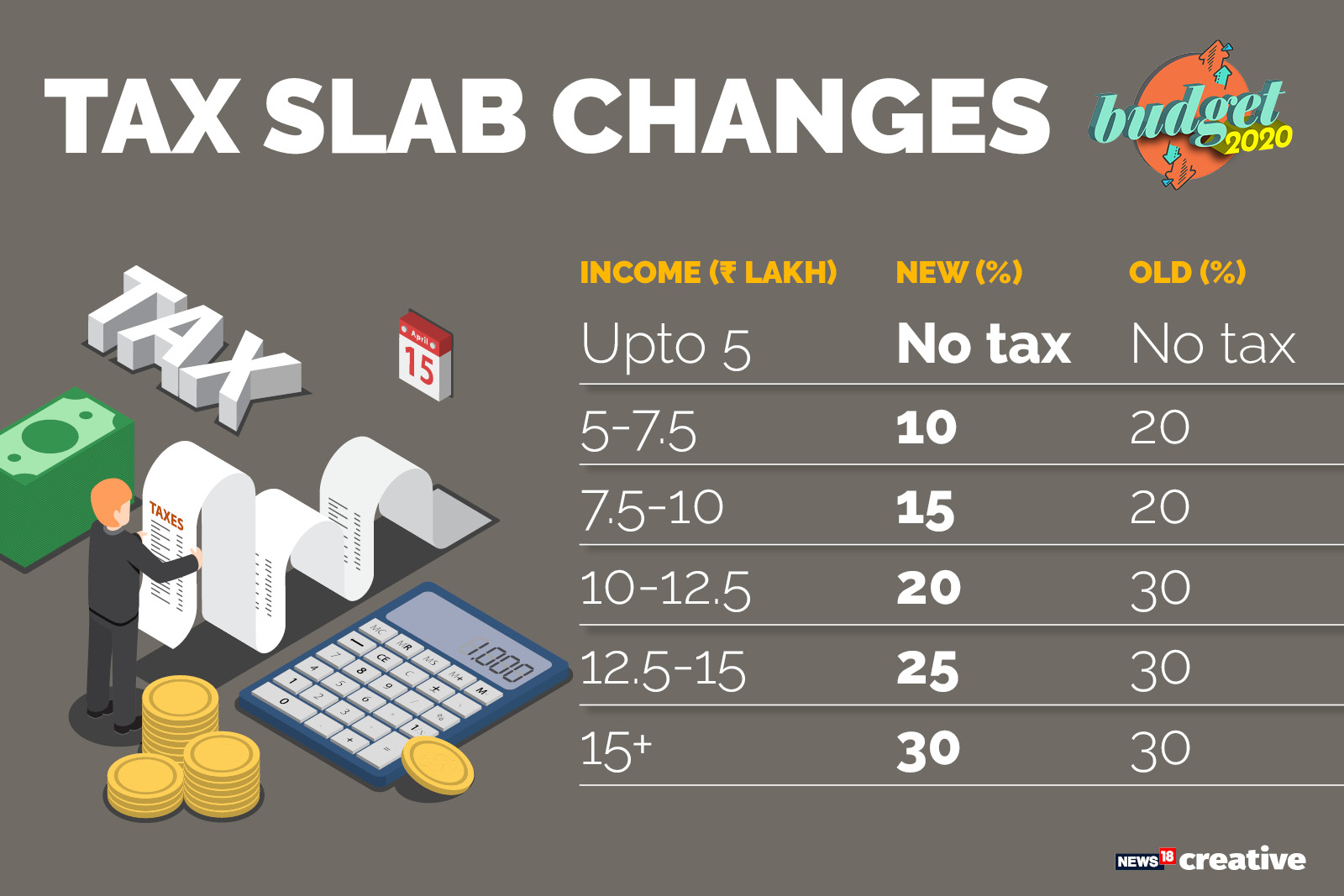 While there has been substantial reduction in taxes for those earning between Rs 5 lakh and Rs 15 lakh per annum, those above and below these slabs will continue with the previous rate of taxation: Nil for those below Rs 5 lakh, and 30 percent for those above Rs 15 lakh. However, the new tax regime is applicable to only those who are willing to part with the deductions and exemptions; those who wish to retain them will continue to be taxed in accordance with the old regime. That means someone with an income of Rs 15 lakh per annum can avail of tax benefits worth Rs 78,000. 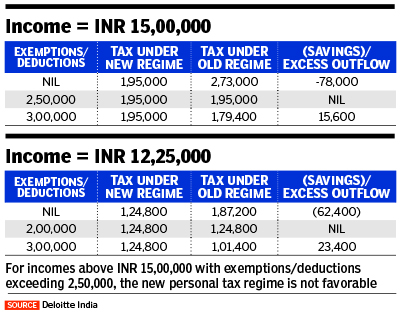 With Budget 2020 now throwing the ball in the taxpayers’ court, how do they take a pick? Says Archit Gupta, the founder and CEO of ClearTax, a fintech platform, “With the optional new regime, taxpayers will have to evaluate what works better. Those committed to long-term saving and investing via 80C may be discouraged, and this may likely demotivate taxpayers from tax-saving linked investing.” 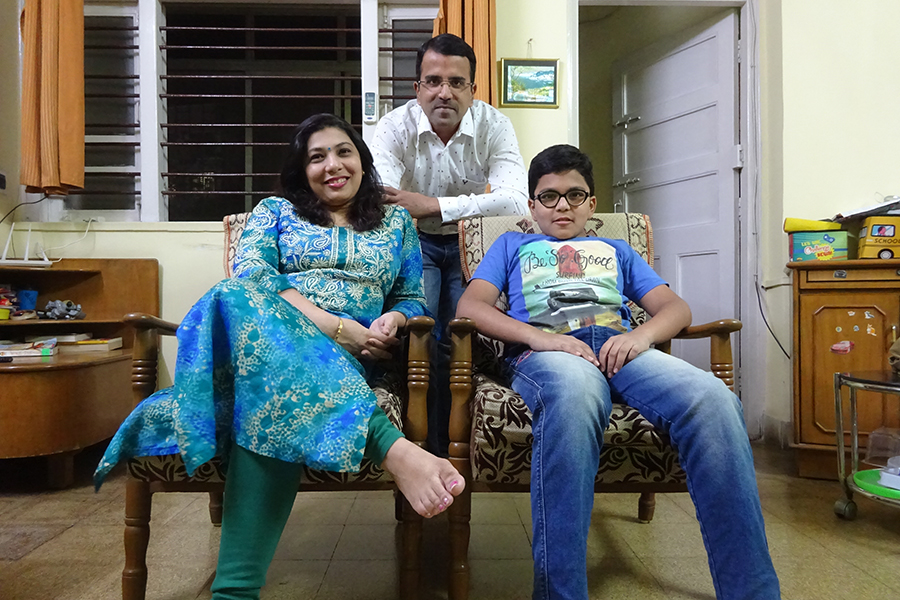 Financial planner Rohit Shah, founder and CEO of the Mumbai-based Getting You Rich, says it’s an open-and-shut case for a middle-class family in the highest tax bracket:   Atul Lotlikar, 46, is a senior executive with an IT company and his wife Anuya, 41, works with a leading school chain as deputy manager—academic operations. Atul and Anuya have a 12-year-old son, Avaneesh, who studies in Class 8. They have no other dependents. The couple has a combined family income of Rs 15 lakh-plus per annum, which puts them in the highest tax bracket of 30 percent.
Atul and Anuya need to build a corpus of about Rs 4.6 crore by 2031 to meet their goals: -          Rs 40 lakh and Rs 60 lakh for Avaneesh's graduation and post-graduation, respectively; -          Rs 35 lakh for Avaneesh's wedding; -          Rs 3.25 crore for their retirement.  They started saving since 2012, through a combination of mutual funds, provident fund and gold, and stayed patiently through turbulent markets, letting their money compound across the cycles. Says Shah, “At present, Atul gets about Rs 1.75 lakh of tax benefits through various exemptions (HRA, NPS, 80C & D). The new tax regime benefits him by Rs 78,000 only. It doesn’t make sense for him to switch to the new regime. The tax provisions of Budget 2020 give him no benefits as such and Atul will stick to the old taxation structure.”

Tweets by @forbes_india
FM simplifies GST returns in Budget 2020: What you need to know
Sitharaman bats for private investments