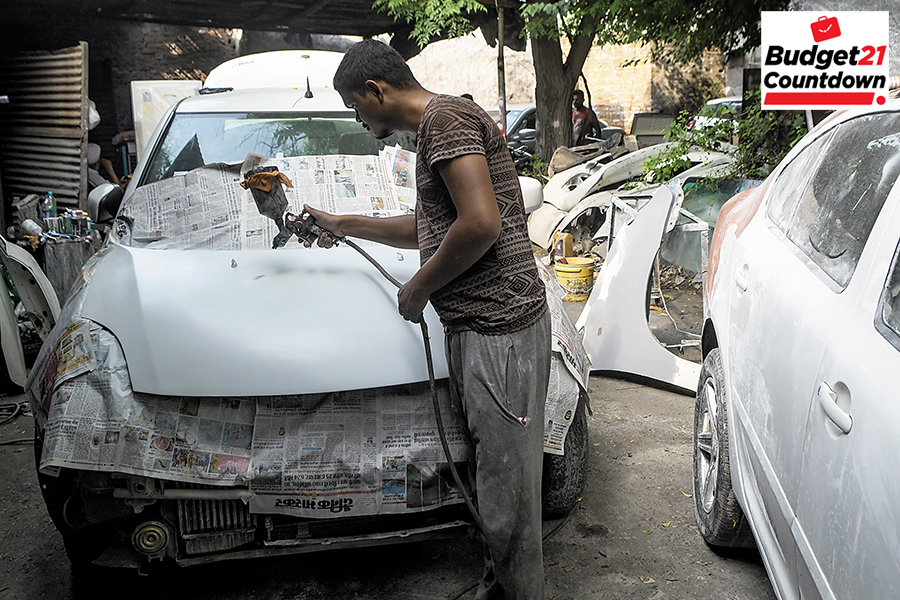 Access to credit at lower rates will help small enterprises grow and generate jobs at the bottom of the pyramid
Image: Narinder Nanu / AFP 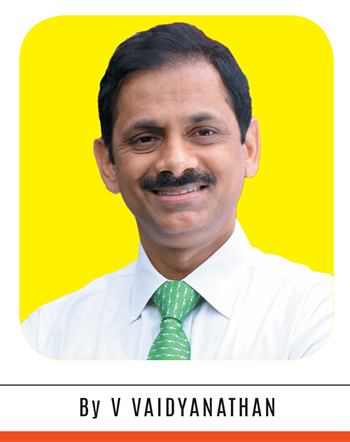 India’s MSME businesses, which are largely run by proprietorships, partnerships and small companies, in any case lead a difficult life because of high interest rates, low scale, and high per-unit cost. The pandemic has further bruised them hard. Now is the right time to introduce a progressive corporate tax for all businesses, including partnerships and proprietorships, with low taxes like zero or 5 percent tax at low thresholds, like in personal income tax. This will lead to rapid formalisation of the MSME economy, as they will have no incentive to deal in cash. Currently, corporate profits are taxed at about 25 percent in India, whether the entity is large, say, ₹10,000 crore of profit, or small, which makes profit of, say, ₹10 lakh. Surely the small entity need not pay the same as a large corporate.

The corporate tax structure for companies, partnerships and proprietorships, could be made progressive, with no tax or low tax of 5 percent at the lowest income levels of, say, up to ₹10 lakh. This will give relief to micro and small enterprises and will encourage them to reduce their parallel economy activities.

There could be a suggestive, indicative progressive slab (see box). The budget-making team could take a decision on limits based on fiscal calculations and based on the conviction in the concept. A progressive tax structure for business income can have the following benefits:

Parallel economy reduced of late, yet significantly exists
Even at 25 percent, they (small, informal businesses) avoid taxes if they could, and since they often deal in cash, they avoid showing business on the books. They use up the cash for their personal expenses and the exchequer never gets to know. At zero percent, up to a small threshold, they will disclose every income of theirs on the books as they have no reason to hide it, (and they) will have better balance sheets. Our GDP growth rate will go up, as informal businesses will become formal businesses.

Levelling the playing field for small entity vs their larger counterparts
Large corporates borrow at 7-10 percent, have better negotiating power, better unit cost economics, and can hire better talent. Micro or small enterprises, and the MSME sector, struggle with large handicaps including low scale, higher interest costs at 15-24 percent, higher per unit cost of inputs because of lower lot sizes, lower negotiating power, limited access to capital markets, limited access for foreign borrowings and so on. So the big becomes bigger, and the small struggles to grow and stays stuck in the small cycle. This method of taxation will give them a shoulder, will improve their retained earnings vis-a-vis the large ones and partially make up for some of their handicaps.

Easier access to credit
With low taxes of about 0-15 percent, small enterprises will correctly report their income in their bank account. This in turn will make them eligible for credit. This will fit in well with the government’s intention to make credit available to small and micro enterprises.

Employment creation at micro level
Under a low tax structure of 5-10 percent, smaller enterprises will have better reserves, can significantly spur employment, particularly for less skilled or less educated people.

Small enterprises more impacted by Covid-19
The government can supplement the Emergency Credit Line Guarantee Scheme (ECLGS) and other schemes with the above low tax rate.

Another concern could be entity-splitting to avail the lower rate slab. However, this has become more difficult of late because if an entrepreneur splits the entity, they will need separate GST numbers for IGST, CGST, separate income tax filings, separate PANs, creation of separate bank accounts, brands, separate company secretaries for each entity, such formalities will be deterrence against splitting.
The government can launch a massive educational campaign explaining how paying their taxes is their responsibility, rates are so low, how it makes them eligible for bank credit and so on.

Laffer Curve
There is a strong possibility that such a progressive structure may increase tax collections because of better compliance.

It is recommended that we do not offer this benefit only up to certain turnover limits, or limit it only for companies. Turnover is not a proxy of profits. The benefits or support under this structure should be scaled based on taxable income alone.

Introduction of progressive tax structure for corporates and all forms of businesses will be a landmark move to support small entrepreneurs, formalise the economy at the grassroot, improve retained earnings for small entrepreneurs, and improve their ability to compete with larger peers, make them credit-eligible, spur the economy and create jobs. Such structures exist in Australia, South Africa, Singapore and Sri Lanka, though not of the order of magnitude suggested for India in this article.

●  The author is MD and CEO, IDFC FIRST Bank

Tweets by @forbes_india
Can the Budget help India's aviation sector?
30next: Celebrating the top SMEs of the country