No major announcements for boosting the sector except for things like 'One Nation, One Ration' and extending the Ujjwala Scheme to more beneficiaries 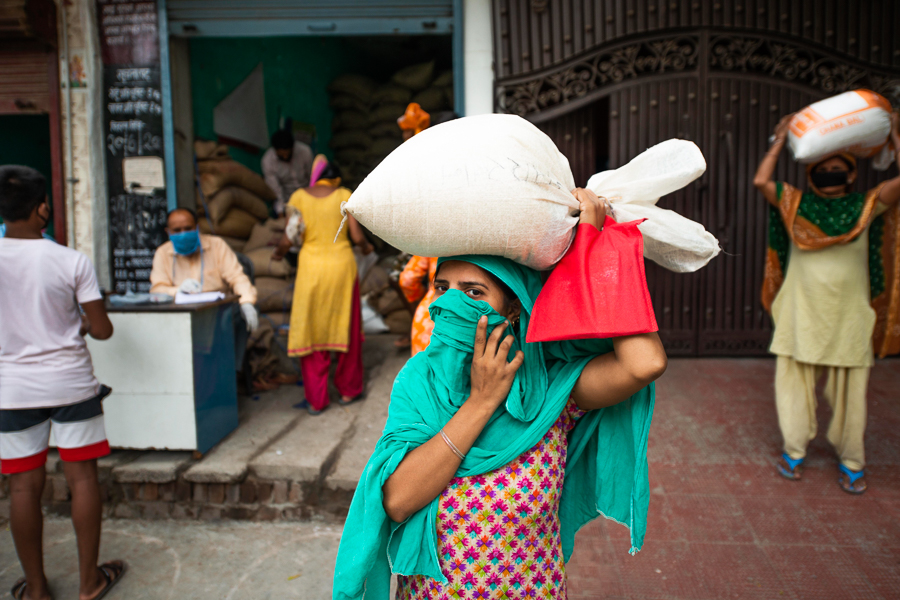 A woman is seen carrying a sack of food grain from a ration shop on the outskirts of Ghaziabad.Credit: Pradeep Gaur/SOPA Images/LightRocket via Getty Images

India took the rural route to recovery after the Covid-induced lockdowns were lifted in phases. However, Budget 2021 saw little mention of ways to boost the rural economy. There are no major announcements for the rural sector, says Arun Singh, global chief economist, Dun and Bradstreet. "Nonetheless, the government has increased allocation for the Rural Infrastructure Development Fund [from Rs 30,000 crore to Rs 40,000 crore], providing some booster dose to the rural infrastructure," he adds. Apart from the rural infrastructure allocation, Rs 73,000 crore have been allocated to the Mahatama Gandhi National Rural Employment Guarantee Scheme (MGNREGS) this year, a significant rise over Rs 9,500 crore in 2020. However, Finance Minister Nirmala Sitharaman did not mention the allocation for MGNREGS in her Budget speech on Monday.

The government proposed the ‘One Nation, One Ration’ plan under which beneficiaries can claim their ration anywhere in the country. The scheme is particularly targeted at migrant labourers, who stay away from their native towns for most of the year, enabling them and their families to access ration, irrespective of the area they are in. "The One Nation One Ration card plan is under implementation by 32 states and Union Territories (UT), reaching about 69 crore beneficiaries—a total of 86 percent beneficiaries covered. The remaining four states and UTs will be integrated in the next few months," added Sitharaman. The pandemic exposed the dire need to improve health care infrastructure, both in urban and rural India. Singh adds, "Proposals like setting up of 17,000 rural health and wellness centres and integrated public health labs are vital steps towards improving the rural health care infrastructure." The National Social Assistance Scheme—financial assistance for the elderly, widows and persons with disabilities in the form of social pensions—has been allocated Rs 9,200 crore. According to the 2021-22 Budget, the rural roads programme has been given Rs 15,000 crore—Rs 4,000 crore less than the allocations made since 2016-17. Sitharaman also announced that the Ujjwala Scheme to distribute LPG connections to women in below poverty line families—which has benefited right crore households—will be extended to cover one crore additional beneficiaries.