An august month across the globe

India won independence this month; others got their moments of joy or devastation 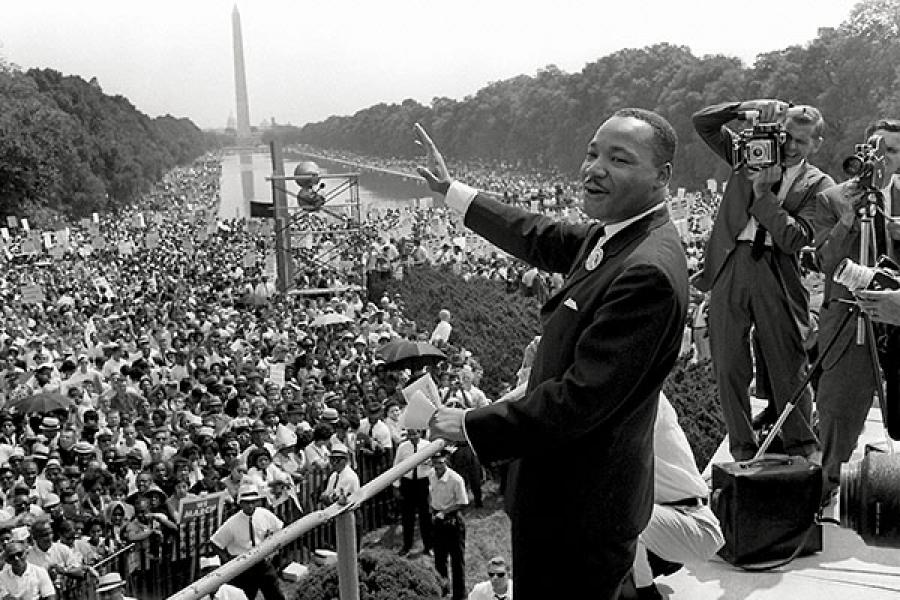 Image: Getty Images
Martin Luther King Jr’s “I have a dream...” speech in 1963 was a defining moment of the US civil rights movement

1. Jamaica: The Caribbean country won freedoms of two kinds this month: one from slave trade, and the other from colonial rule. Slavery was officially abolished on August 1, 1838, following a centuries-long rebellion against slave trade. More than 150 years later, Jamaica gained independence from the British on August 6, 1962.

2. Japan: The country’s darkest day in history came on August 6, 1945, when an American B-29 superfortress, known as Enola Gay, dropped a 15 kilotonne atomic bomb over Hiroshima. Three days later, even before the archipelago could come to terms with the destruction and 1.5 lakh deaths, a second B-29 dropped another bomb over Nagasaki, killing about 75,000.

3. Germany: On August 13, 1961, Berliners woke up to a new barricade running through the city, tearing apart friends and families. Built on the orders of Walter Ulbricht, leader of the East German Communist Party, it was meant to stop the exodus from East to West Germany. The Berlin Wall, as the barricade came to be called, was extended into a 66-mile concrete section with another 41 miles of barbed wire fencing and 300 look-out towers. It was razed in 1989.

4. Italy: On August 24, 79 AD, most of Pompeii and Herculaneum were snoozing after lunch when Mount Vesuvius, near the Bay of Naples, erupted, throwing up a plume of smoke likened to a pine tree. The volcanic ash that flooded the land wiped the two cities off the world map.

5. US: On August 28, 1963, Martin Luther King Jr stood in front of 2.5 lakh people in Washington DC and said, “I have a dream…” Not only did the speech come to symbolise the civil rights movement in the US, it became one of the most oft-quoted since, most notably during the Tiananmen Square protests and on a wall that Israel built around parts of the West Bank.

6. Russia: Ten days after some Communist Party hardliners staged a failed coup against President Mikhail Gorbachev, Parliament suspended the party on August 29, 1991, thus ending the institution that had given the USSR its identity for nearly 75 years. Boris Yeltsin became a popular hero for suppressing the coup. And thus began the final countdown for the Soviet Union, which was eventually dissolved that December.