Hidden Treasures Through the Ages 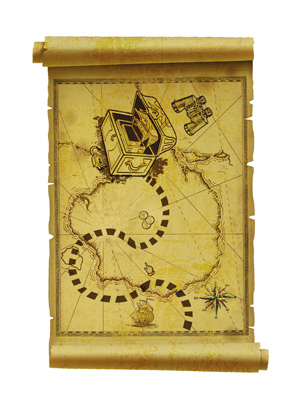 History is replete with legends of lost treasure and those who went in search of it. This, of course, was before they headed to Wall Street

1. In the 16th and 17th centuries, Europeans started believing in El Dorado, a place of untold wealth in the Americas. A South American tribe is believed to have had kings who would cover themselves in gold dust and jump into Lake Guatavita during their coronation. Precious stones and gold were also thrown in to appease an underwater god. The treasure was never found.

2. The Americas again, this time north of Mexico, is believed to be home to the Aztec treasure. Legend has it that the Aztecs were a bunch of tribes who originated from seven caves and were defeated by the Spaniards. Author R.G. Babcock believes the tribes retreated into those caves, taking their artifacts and treasures with them. These caves could be anywhere between western Texas and California.

3. We know that the Spaniards went plundering in search of gold. But they met their match in Blackbeard, a 18th century British pirate, who waited on the high seas to pounce upon and plunder treasure-laden Spanish ships. Blackbeard was killed by a British lieutenant, but his loot remains undetected.

4. The Knights Templar started out as a group of medieval knights who would guard pilgrims on their way to the Holy Land. The treasure of the Knights Templar refer to documents that are believed to show that Christ survived the crucifixion or that he married Mary Magdalene and had children.

5. The Dead Sea scrolls are largely known for their Biblical significance. One of them, the Copper Scroll, is a list of locations where gold and silver is buried. The locations have not been identified. It remains unknown whether the treasure was unearthed over the course of the 1,000 years before the scrolls’ discovery.