The Hottest Spots on Earth

The hottest places on earth 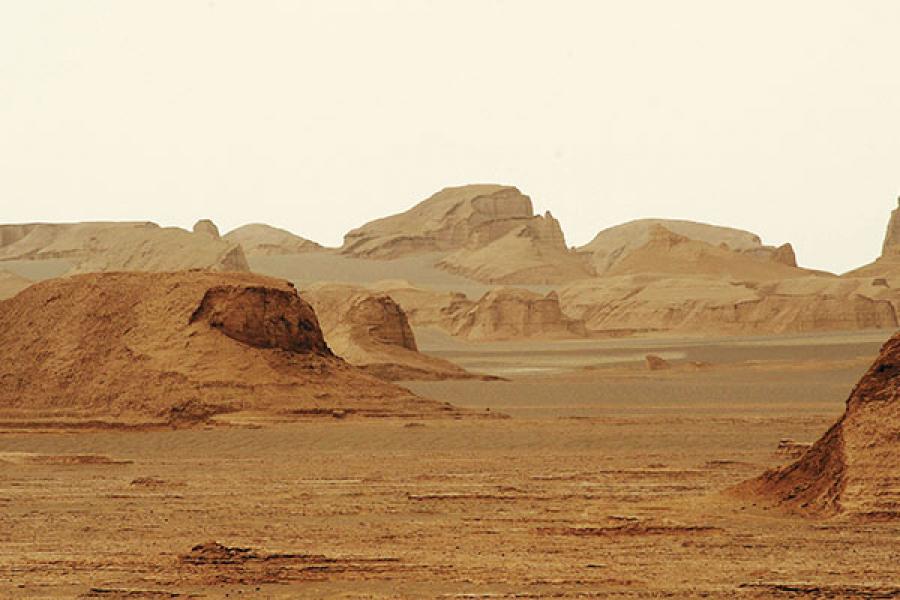 Image: Kaveh Kazemi / Getty Images
On The Rim of the Iranian Desert

1. The Dasht-e Lut is a salt desert in southeastern Iran. It recorded a surface temperature of 71°C in 2005, the highest ever in the world. The air temperature is cooler, but we aren’t guessing by how much. The place is so hot, scientists found that milk does not spoil when left uncovered: It’s too hot even for bacteria to survive. It is also one of the driest regions in the world.

2. You would possibly not think Queensland, Australia’s third most populous state, is one of the hottest places on earth. In 2003, it recorded a temperature of 69.3°C. The cold water currents from the Antarctic, which do not evaporate quickly enough to form rain clouds, are one of the reasons for this region to be so hot and dry.

3. El Azizia, a bustling town on a trade route in northwest Libya, was believed to have recorded its highest temperature of 57.78°C in 1922, and was considered to be the hottest spot on earth. However, in 2012, the reading was declared invalid. Now, even if that reading was faulty, it is true the city records an average maximum temperature of 47.78°C.

4. Death Valley, a subtropical desert in United States’ eastern California, recorded 57°C in 1913, the highest air temperature in the world. The Valley is the lowest place in North America, and the weight of the air (lower altitudes have higher air pressure) prevents the hot air from rising. High pressure also means the hot air keeps circulating, heating up the entire region, regardless of shade.

5. Turpan, in China’s Xinjiang province, is located in a mountain basin and is entirely below sea-level. It is the third-lowest exposed spot on the earth’s surface. Its summers are long, hot and dry—it’s also the driest region in the country—with the maximum temperature around 48.1°C. The Turpan Depression also experiences severely harsh winters, with temperatures of -28.9°C.