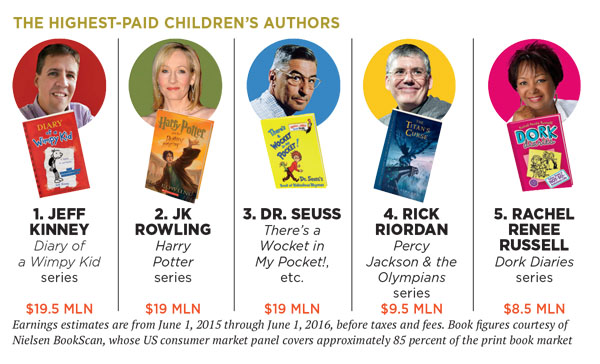 Getting children to rouse themselves from their screen-induced summer torpor is no small feat—unless you’re one of the leading authors for under-12s, the top five of whom pulled in $73.6 million in the past year. The secret? Don’t insult the moppets’ still-developing intelligence. “I wrote the first Diary of a Wimpy Kid for adults,” says list-topper Jeff Kinney. “The whole time I thought I was writing comics for grown-ups, and then my publisher told me I had actually written a children’s series. If you don’t write down to kids, you have a better chance of reaching them.”