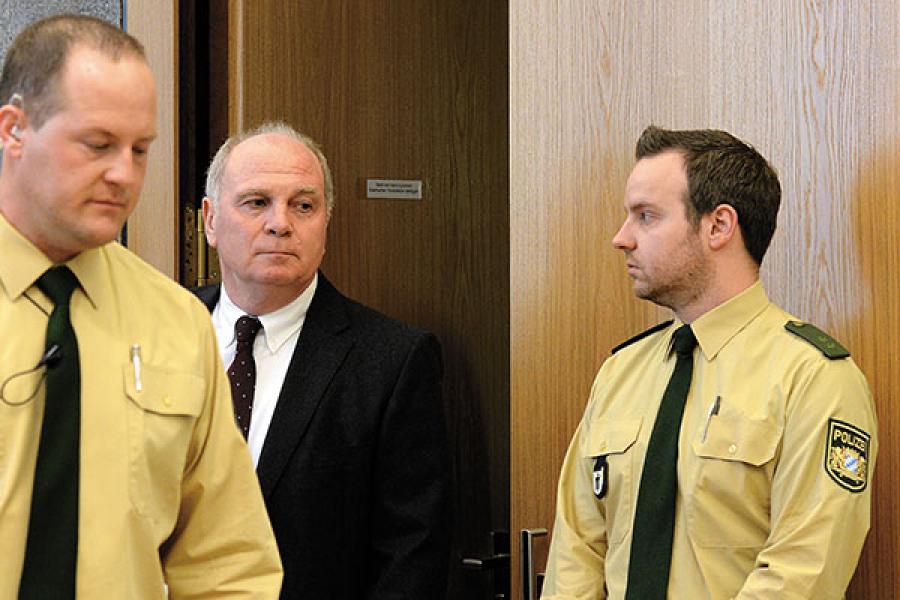 In March, Uli Hoeness (62), president of Bayern Munich, was sentenced to three-and-a-half years in jail for tax evasion. The ex-Bayern and Germany legend admitted to evading €28.5 million (Rs 239 crore) in taxes.

Bayern is just one of the top European clubs being closely watched by the tax authorities. Over the last decade, football’s global popularity has ensured that money being pumped into the game has skyrocketed despite economic slowdown. Nowhere is this more apparent than at the top of the game, where Real Madrid, Barcelona, Bayern Munich and Manchester United have turned into multi-billion dollar super-clubs. Bayern, with their 51 percent fan-ownership and traditional German sponsors, are successful on the field, profitable off it and hailed by many as the model football club. However, the taxmen have shown us otherwise.

In Spain, champion-ship rivals Real Madrid and Barcelona are the richest and second-richest football clubs in the world, with €518.9 million and €482.6 million in revenues, respectively. Yet both came under investigation in December for preferential corporate tax advantage. In January, Barcelona paid €13.5 million to Spanish authorities after being charged with fraud over their record signing deal over Brazil’s Neymar Jr: In a country reeling under economic slowdown and unemployment, a football club paid €86.2 million for a single player.

In France, taxes play a bigger role. French ‘super tax’ of 75 percent on all incomes over €1 million means Paris-based clubs like Paris Saint-Germain have to pay four times what rivals AS Monaco would for a player’s salary (Monaco is tax-free). It doesn’t make a difference to the millionaire players, because clubs will have to pay them astronomical amounts to compete with rivals. But club finances take a beating; that’s why PSG and other France-based teams are taking legal action against Monaco.