The top 20 richest people on the planet

Many names are the same, but the pecking order has (mostly) changed. Blame volatile stock markets and a stronger dollar for the reshuffling 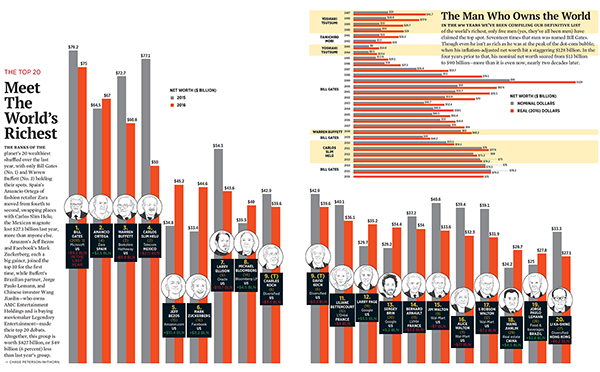 The ranks of the planet’s 20 wealthiest shuffled over the last year, with only Bill Gates (No. 1) and Warren Buffett (No. 3) holding their spots. Spain’s Amancio Ortega of fashion retailer Zara moved from fourth to second, swapping places with Carlos Slim Helu; the Mexican magnate lost $27.1 billion last year, more than anyone else.