The way forward for GST

Though this reform finally gained political consensus and the bill got passed in Parliament, hard decisions remain on implementation 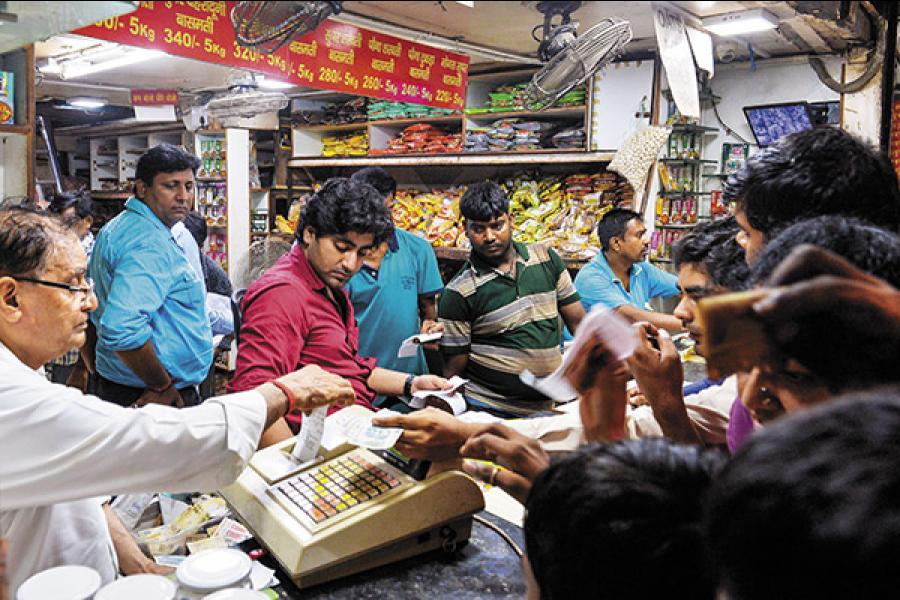 Image: Getty Images
Under the GST regime, India will become one unified market

It was in 2006 that the then Finance Minister P Chidambaram mooted the idea of a Goods and Services Tax (GST)—a simplified and efficient indirect tax that would subsume myriad taxes levied by the central and state governments, allow the free movement of goods across the country and remove the present tax regime’s cascading effect on the supply chain. It took 10 years for political consensus to emerge and The Constitution (122nd Amendment) (GST) Bill, 2014, was finally passed unanimously in both Houses of Parliament recently. India is thus closer to becoming one unified market. But the country’s biggest tax reform also forces the central and state governments to give up something they hold very dear to their heart—the independence to levy taxes.

The road ahead for GST is critical, if not as onerous, as the distance already travelled. For the tax to deliver the benefit it purports to, certain critical decisions must be taken in the coming days.

The most crucial is the tax rate. “A high rate will be inflationary,” says Ajit Ranade, chief economist at Aditya Birla Group. He suggests retaining the present service tax rate of 15 percent as the central rate. Anything more could fuel inflation, he warns. A consensus on what the rate should be is likely to be the biggest challenge for the government. Chief Economic Adviser (CEA) Arvind Subramanian has arrived at 18 percent as the ideal rate, but the states are demanding it be capped at 20 percent, fearing a sharp fall in their revenue.

Ranade disagrees with both views. “The CEA’s calculation is inherently flawed as it does not take into account the buoyancy that the levy will generate,” he says. “When VAT was introduced, similar fears surfaced, but in the end, tax collections increased and the need to compensate states for revenue shortfall never arose.”

The Congress party has been demanding a moderate rate and Chidambaram has repeatedly stressed that indirect taxes are regressive (as it taxes people irrespective of their income) and must be kept low, whereas direct taxes should be kept higher. 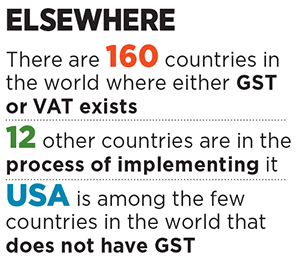 The second important issue is the need to avoid a proliferation of rates under GST. Originally, GST was looked upon as a ‘one nation, one tax’ levy. But in the Indian context—where goods consumed are different for the rich, poor and the middle class—a single rate was not considered ideal. “All we need is a central rate, a low rate and a penal rate,” says Ranade. “We need as few rates and exemptions as possible.”

Then comes the issue of implementation. The rules should be framed after due consultation with the stakeholders to avoid potential disputes and if differences arise, a strong dispute redressal mechanism is critical. Currently, around Rs 1.5 lakh crore is caught up in disputes involving service tax and central excise duty. The new tax should avoid a similar pitfall.

Also, will the deadline of April 1, 2017, to implement GST be met? Deutsche Bank, in a recent report, says this target is too optimistic and April 2018 would be a better start as it would give stakeholders time to prepare. But the government is hopeful of launching GST in April next year.