How Customers Influence the Evolution of New Products

Paying attention to how customers use a new product can help companies become more successful in the marketplace.

How customers use a technology generates important information about its performance, design, and operational characteristics. As customers began to use the automobile in hilly and wet terrains, for example, they learned about issues with waterproofing and engine power. What customers learn plays an important role in the technological development of the product.

However, customers may use the technology in different ways. Previous research observed that urban customers used the car primarily for transportation, but some farmers used it as a stationary source of power on the farm. Often, these various applications converge to a dominant use of the technology—transportation still is the primary use of automobiles. Nevertheless, variation and dominance in use influence what is learned and expected of the technology, influencing subsequent technological changes. 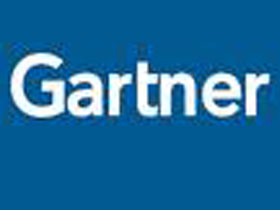 Interestingly, the industry analyst company, Gartner Group—not the software vendors—coined the term 'ERP'
Prevailing theories on innovation and industry change explain technological development as an evolutionary process in which certain technological designs get selected and retained. Early on in the automobile industry there were several different engine designs, but the combustible engine emerged as the dominant design within the industry. The selection and retention of certain technological designs significantly impacts competition within the industry and influences which companies thrive or fail. However, these theories focus on the technological development within an industry without paying much attention to the learning processes associated with customers applying the technology.
In “Dominant Use, Technology, and Industry Evolution,” University of Chicago Booth School of Business professor Steven J. Kahl considers the role customer learning plays in this evolutionary process, in particular, the effects of variation or dominance in use. Kahl argues that establishing a dominant use during the early introduction of a technology helps establish its agenda and stimulates industry growth. If the dominant use persists, it further reinforces the technological standard. However, extended use of a technology can facilitate customers learning new uses that change how they evaluate it, leading to new market opportunities. Finally, the competitive impact of a radical new technology depends in part on how customers actually use it. If customers use the new technology as they did the old, then established firms have an advantage even if they have difficulties developing the new technology.
To illustrate his point, Kahl extensively analyzes the history of how the manufacturing industry used manufacturing planning software—applications that help these firms plan and manage the production of their products. Through records of meetings of industry professionals and contemporary surveys, as well as data from industry analysts, software firms, and consultants, Kahl makes a case for why competition within industries like software is best explained by looking more broadly at how customers actually use the products.
Dominant Use and Software Industry Growth
The manufacturing industry’s use of planning software can be divided into three evolutionary periods: 1954 to the 1970s, when software was first introduced and culminated with Material Requirements Planning (MRP) becoming the dominant use; the 1980s, when manufacturers expanded their use; and the early 1990s, when a radical technological change occurred and Enterprise Resource Planning (ERP) emerged as a dominant new use.
When the computer was commercially introduced, large manufacturers were some of its earliest adopters. To make these machines useful, they developed many different software applications, including manufacturing-oriented applications. These early adopters were concerned about managers thinking that these programs would replace them, so they purposely focused on automating existing routine tasks. General Electric’s well-publicized implementation at its Major Appliance plant in Louisville, Kentucky, in 1954 exemplified this perspective—it focused on “eliminating the drudgery of office work” and avoided automating managerial decision processes in fear that the manager would “throw his hands up in despair.”
Surveys during this time indicate that manufacturers implemented a wide variety of software applications, ranging from inventory control to machine planning to production planning systems. By the early 1970s, however, this variation started converging toward the dominant use of MRP, largely because of the efforts of the “MRP Crusade” by the American Production and Inventory Control Society. MRP represented a new methodology to manage inventory requirements, and the software systems integrated managerial decision-making with the routine tasks. By 1975, it was estimated that 700 manufacturing firms had implemented an MRP solution.
As a result, contrary to conventional wisdom, IBM’s decision to unbundle software from hardware in 1969 was not the only reason why the software industry began to grow in the 1970s. Establishing a dominant use around MRP proved pivotal for industry growth because it helped establish a more standard practice of use and customer expectations, which software entrepreneurs could leverage in their product offerings.
Learning New Uses and Market Expansion
As manufacturers continued to use the MRP system, they learned about its deficiencies. One survey in 1980 showed that only 10 percent of MRP customers achieved full benefit. Experts identified the core problems as how MRP scheduled material requirements and the lack of integration with other planning systems. Papers presented at industry meetings indicated a growing recognition of the limitations of MRP. Eventually in the early 1980s a new application called Manufacturing Resource Planning (MRP II) was developed that addressed some of these issues.

These new uses continued to stimulate industry growth. At this point, the software industry split into vendors that focused on larger manufacturers and others that concentrated on the smaller midsize manufacturers.
Radical Technological Change
In the late 1980s, a radical new technology called “client/ server” emerged that changed how software applications processed information and data. This new technology required software vendors to learn new technical skills and change the design of the applications. One software vendor, SAP, estimated that this transition cost approximately $1 billion. Generally accepted theory predicts that such radical technological changes enable new firms to replace established firms. However, in this case, many established firms successfully navigated through this technological change. In fact, vendors that targeted midsize manufacturers were much less likely to fail than those that targeted the large manufacturers.
Kahl argues that closer inspection of how midsize and large manufacturers used the new technology helps explain why some MRP II vendors were more successful than others. During this time period, ERP emerged as the new software platform that leveraged the client/server architecture. The main innovation behind ERP was not new functionality, but integrating the core MRP II functionality with other financial, human resource, and sales processes. Also occurring at this time period was a growing interest in redesigning business processes to improve integration, or what became known as Business Process Reengineering (BPR). Consultants envisioned ERP as the software application that would support this new process integration that BPR promoted.
Many large manufacturers applied ERP software to configure new business processes according to the emerging BPR principles. This represented a substantial change in use from MRP II, in particular, moving toward centralization and evaluating the software based on broader business goals. However, midsize manufacturers were less interested in BPR and continued to use ERP in the same highly centralized fashion as they did MRP II.
Software firms that targeted the large manufacturers had difficulties recognizing this new use. Interestingly, the industry analyst company, Gartner Group—not the software vendors—coined the term “ERP.” However, vendors that targeted midsize firms did not face this additional challenge. As a result, the successful migration through the client/server transition depended less on innovative technical capabilities and more on the ability to anticipate and respond to the changes in customer use.
Incorporating “Learning by Using”
Kahl points out that customers go through a learning process that co-evolves with the technological development of the products. Variation and dominance in customer use at different periods of a product’s evolution affect what companies can learn about their products. Often, there is high uncertainty about how new products will perform. Variance in use can actually impede resolving this uncertainty because it is difficult for companies to understand if any issues raised were user- or technology related. The setting of the dominant use, in contrast, entails replication in use, which helps overcome this issue.
Recognizing how customers use products helps companies market their innovations appropriately and make better technological decisions, which ultimately increases the probability of success. “Having an understanding of the application of the technology and leveraging this knowledge into future innovations is important,” says Kahl.
However, because this type of learning occurs under the local conditions of the user, getting access to this information can be difficult. Sometimes customers do not want to share this information. For instance, Microsoft users may hesitate to send information about a program crashing even though the system prompts them to do so. Even if customers wanted to share this information, its tacit nature makes it difficult to transmit and express.
Consequently, it is important for companies to develop strategies that enable them to capture what is learned by customers using a technology. Here, support services play an important role as they allow the company to see the technology in use and feed that information back into product development. However, in many companies, services and development are only loosely linked. Moreover, companies can try to influence how customers use the technology through design choices. Consider the difference in design between Research in Motion’s Blackberry and Apple’s iPhone—Blackberry’s design promotes using the phone for email while the iPod’s design does not.
Steven J. Kahl is assistant professor of organizations and strategy at the University of Chicago Booth School of Business.

Tweets by @forbesindia
Understanding the Power of Networks
2010: A New Investing Landscape