The Impact of Private Equity on Employment

In the wake of a buyout, old jobs are destroyed at firms backed by private equity at a faster pace than at other firms. But as private equity groups steer companies into more profitable areas of business, they also create new jobs at new facilities more rapidly than other firms

Companies bought by private equity groups typically go through a period of intensive restructuring in the hands of their new owners, with the aim of turning these companies into healthier businesses. Critics, however, argue that private equity firms pursue their goals in a rather ruthless way: cutting costs by cutting jobs. Indeed, this has become a popular view not just in the United States but also in Europe—private equity firms are accused of being unconcerned about the people whose jobs are destroyed after a buyout.

In response, a number of private equity associations have published studies claiming that their transactions actually lead to more jobs. Analyzing employment data to settle this debate as these reports do is certainly a step in the right direction. However, their analysis is fraught with limitations, according to a recent study titled “Private Equity and Employment” by University of Chicago Booth School of Business professor Steven J. Davis; John Haltiwanger of the University of Maryland; Josh Lerner of Harvard Business School; and Ron Jarmin and Javier Miranda, both of the U.S. Census Bureau. 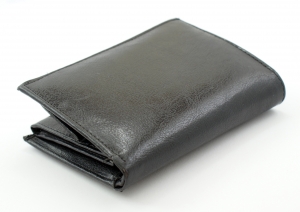 One problem with the association reports is that they rely on surveys with incomplete responses. Another concern is that the studies do not make a clear distinction between buyouts and venture capital. Buyouts are the focus of the jobs debate. The inability to control for employment changes in comparable firms also is lacking. When a company backed by private equity sheds five percent of employment, that loss should be compared to job changes at similar firms that are not owned by a private equity group.

Moreover, these studies analyze firm-level employment data alone, which yields an incomplete picture of the effects of private equity on jobs. Ownership changes and reorganizations are very common for these companies. Thus, it is difficult to distinguish whether an increase in the number of jobs, for instance, is due to organic job growth or simply an acquisition of an already-existing business. A more accurate assessment requires an examination of employment changes down to the level of a firm’s establishments—the factories, offices, warehouses, retail outlets, and other distinct physical locations where business takes place.

Similarly, the net job growth figure hides interesting information about the rates of job creation and destruction, which are key indicators of companies’ reallocation decisions after a private equity buyout.

Davis’s and his coauthors’ study overcomes all of these limitations and, in addition, uses data that encompasses a much larger set of firms and private equity transactions to show the impact of private equity on employment. The sample contains about 5,000 U.S. firms acquired in private equity deals from 1980 to 2005, and about 200,000 U.S. establishments operated by these firms at the time of the transaction. The authors match each of these “target” firms and establishments to similar “control” firms and establishments. They track and compare employment changes for both targets and controls for several years before and after a buyout.

More interestingly, the large jumps in both job destruction and creation rates after a buyout transaction suggest that private equity acts as a catalyst for “creative destruction.” Employment falls rapidly as private equity groups shrink lower value segments of underperforming firms, but they also speed up the expansion of these firms in new and higher value directions after a buyout.

Shedding Jobs
Economists have a longstanding interest in how ownership changes affect productivity and employment, but few empirical studies explicitly analyze whether private equity buyouts lead to more or fewer jobs in the companies they buy. Previous studies typically consider a modest number of deals and share some of the shortcomings of reports sponsored by private equity associations.

For instance, they focus on aggregate employment data of private equity–backed firms. In this case, the sale of a business unit by a firm is typically counted as an employment loss even if that unit continues to have the same number of employees under a new owner. Likewise, the acquisition of a business unit is counted as an employment gain even if no new jobs have been added to that facility. Because considerable “asset shuffling” is expected for companies acquired by private equity groups, an analysis of both firms and their establishments is essential to construct a fuller picture of what happens to jobs in the wake of a buyout.

The study by Davis and his co-authors tracks employment changes at target establishments five years before and five years after a buyout transaction. They compare job change outcomes at buyout targets with job changes at other facilities that are similar in terms of industry, size, and age. Using the right comparison set helps to control for other factors that affect employment outcomes. For example, buyout targets are disproportionately concentrated in manufacturing and financial services, and previous research shows that employment growth rates vary systematically with the age and size of a business.

Taking job gains and losses together, the study finds that net job growth rates at target establishments are lower compared to other establishments in the first three years after a buyout. The gaps widen to as much as four percent in the second and third years. The pattern reverses, however, in the fourth and fifth years, when net jobs at target facilities increase at a slightly faster rate. Both target and control establishments shed jobs in the first three years following a buyout. This highlights the importance of comparing targets with controls. If one looked at employment changes at target establishments alone, one would draw the misleading conclusion that only these facilities shrink substantially after a private equity transaction.

Another interesting result is that net job growth rates at target establishments are lower relative to controls in the year prior to and in the year of the buyout. This is consistent with depictions of private equity groups investing in ailing companies. “Many targets were already on the downhill slide in terms of employment even before the buyout event,” says Davis.

Previous research by Davis, Haltiwanger and Scott Schuh of the Federal Reserve Bank of Boston emphasized the large gross flows of jobs relative to net changes that underlie employment dynamics in the United States. Thus, an important part of the story is missed by looking at just net changes. “Job creation and destruction are much more informative about reallocation responses to private equity buyouts than the net employment change,” says Davis. This also is what matters most to an employee. “From the perspective of a worker employed by a buyout target, the risk of job loss rises with the job destruction rate, not the net employment change,” Davis says.

According to the study’s results, job creation rates are roughly the same for both target and control establishments after a buyout. However, targets have much higher job destruction rates in the first three years before rapidly dropping off. Thus, the large differences in net employment growth in the three years following a buyout reflect greater job destruction at target establishments.

The study also finds that employment changes in the wake of private equity buyouts differ greatly across industries. In the manufacturing sector, there is virtually no difference in net job growth rates between target and control facilities. In the retail sector, however, there are large net job losses at targets relative to controls. “It may be that the chief sources of value creation at manufacturing establishments mainly involve better use of capital and materials, whereas labor efficiency gains are relatively important outside manufacturing,” says Davis. Manufacturing facilities are very capital-intensive and employ few workers relative to the value of output.


Pain and Gain
It is important to consider what happens to employment across all units of firms that become targets of buyout transactions. Firm-level data allow the authors to identify the sources of employment changes within the company, whether it is because firms open new establishments, close old ones, expand or shrink continuing establishments, acquire an existing business unit, or sell a business unit that it previously owned.

The authors look at the contribution of each of these activities to the overall job growth rate over the two-year period following a buyout. The results are striking, particularly the size of the changes. Private equity–backed firms create many more jobs at newly opened facilities—about 15 percent of initial employment for targets compared with only 9.9 percent for controls. However, target firms also have a very high establishment exit rate, roughly double the exit rate of similar firms that were not acquired in private equity deals.