China will soon have more billion-dollar startups than the United States, predicts Hans Tung of GGV Capital, a global venture capitalist who has invested in firms including Airbnb, Bytedance and Xiaomi 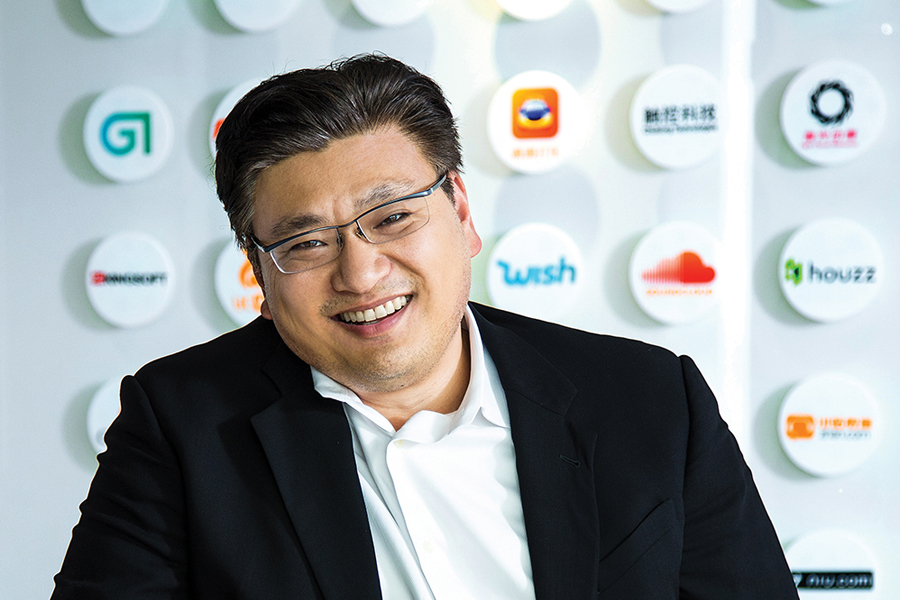 Hans Tung knows how to spot a unicorn. During his career, he has invested in 11 startups that have gone on to attain billion-dollar valuations, including Airbnb, Bytedance, Slack, Wish and Xiaomi.

As that list suggests, Tung is also one of the few venture capitalists that feels equally at home on both sides of the Pacific. A native of Taiwan, he moved to California aged 13 and began his career in Silicon Valley, before becoming one of the first VCs at a US firm to move to China full-time in 2005. Since moving back to the United States in 2013, he has continued to invest in both markets.

Tung explains why US and Chinese founders can learn a lot from each other and how his approach to investing differs for each country.

Q. What do you look for in a startup?
A. As background, GGV Capital started in 2000 in Silicon Valley, and then we opened our first office in Shanghai in 2005. Since then, we have added offices in Beijing and San Francisco, we are opening up in Singapore, and in a couple of years probably in New York as well. In our portfolio we have close to 300 companies, and of these there are 30 that are valued at over $1 billion. So, we know how companies should scale.

What we look for are founders whose personalities and background experiences are suitable for the markets they are building. The founder and the product need to fit together. We also want the market to be big enough so that we can have the outcome of a billion-dollar company.

Q. How early can you tell that a company has the potential to become a billion-dollar company?
A. With a company like Xiaomi, I invested because I understood what the founder Lei Jun was trying to do. His vision made sense to me. Usually, we invest at the series A or B stage, so the company is about one to three years old. In the US, companies have sometimes changed their model one or two times by that stage before they found the right one. In China, this happens less often. The founders tend to be clearer about what they want to do from day one. They may not get the products right the first time, but the direction is set from the beginning.

Q. GGV Capital has investments in both the United States and China. To what extent does your approach differ for each market?
A. I think you need to figure out what development cycle suits the country you’re investing in and how mature the sector is in that country.

In general, we invest in three “buckets”—consumer, enterprise and deep tech. In China, we tend to place more weight on consumer and are increasingly adding more deep tech companies. Enterprise is probably the smallest of the three sectors in China. In the US, it’s the other way around. We invest in consumer and enterprise heavily, but in deep tech we have only started to build a portfolio.

That’s because in the US we do see a lot of deep tech stuff, but most of the companies don’t turn out to be very big. Consumer and enterprise tend to produce a lot more unicorns in the US. In China, most of the unicorns are coming from consumer, but there are also a lot of deep tech artificial intelligence companies growing, like Face++ and SenseTime.

Q. The number of unicorn in China has skyrocketed and some expect that there will soon be more unicorns in China than the US. Do you agree?
A. I think that’s right, and there are three reasons. First, China’s population and internet market are massive, the largest in the world. There are 900 million internet users, whether that’s desktop or smartphone. What’s more, China’s gross domestic product per capita is close to $10,000 now. It’s still a developing country, but the gap between it and the developed countries is a lot smaller than before. When you have that kind of size and that kind of development, it’s natural that you have more unicorns.

Second, the level of infrastructure—whether that’s high-speed rail or subway systems—has penetrated enough in China to make it easier for services and commerce to be developed. We had companies that didn’t find it easy to go from point to point before, but now the logistics development, urbanization and infrastructure buildup has reached a level where it’s much easier to build new services on top.

Third, the existing outside services, such as supermarkets, shopping malls or credit cards, tend to be less developed in China than elsewhere, so it’s a lot easier for Chinese companies to leapfrog and do more.

Q. Are there lessons that Silicon Valley could learn from China’s startup ecosystem?
A. I think the concept of the super-app is something that people in the US are starting to pay attention to. Startups wanting to become the “Amazon for services” are a perfect example. You don’t have to be like WeChat, a social platform. You can focus on doing services and you can still become a super-app. Uber appears to have learned this. At a couple of recent conferences, Dara Khosrowshahi, Uber’s CEO, openly said that Uber is going to do more than ride-sharing and food delivery in the future. It will be more like a super-app for everything transportation-related.

In addition, there is the marriage of social media and commerce—what WeChat has done in partnership with Pinduoduo. This is something that many US companies including Facebook are experimenting with.
Another lesson Silicon Valley is learning is that if you are not close enough to your manufacturers and don’t have new products popping out quick enough, you’ll be at a disadvantage. Look at companies like BGI. You have a deep tech product becoming increasingly competitive on price and you’re seeing fast iterations: new products are just coming out and cannibalizing themselves.

Q. What lessons does Silicon Valley still have to teach the Chinese innovation community?
A. There’s still a lot of innovation in Silicon Valley, a lot of people trying new things. Even if those things don’t end up becoming big companies, you can still capitalize on what Silicon Valley has been working on, whether in the field of autonomous driving, artificial intelligence or health care. In health care especially, Chinese companies still want to know what the latest cool gadgets are from Silicon Valley.

Given that Silicon Valley has world-class talent from everywhere, as long as the immigration policy remains relatively open, it will always be a place that people flock to for the latest innovations. Most of them may not turn out to be big companies, but the Chinese are much better at seeking out things that are cool and working out how to scale it.

We’re also seeing a lot of people from around the world going to China now to find out what’s going on, and then taking ideas back to their own countries. If you take bike-sharing as an example, it started off in China with Mobike and Ofo and then graduated to the US with LimeBike. Then, Bird rolled out electric scooters. And now in Latin America, you have Grid in Mexico and Yellow has moved into the same space in Brazil. The founders of Yellow went to China before setting up their company.

Q. Tensions between the US and China have been growing. How has this affected the emerging ties between the US and Chinese startup scenes?
A. What has happened, especially given what happened to ZTE (the Chinese telecom firm that almost went out of business after being hit by US sanctions in April), is that there is a lot more money and talent in China focusing on developing Chinese independence in upstream components like microchips. So, you see more effort being put into that, and that’s led to more people moving back to China from the US to fulfill that need.

The more restrictions there are on Chinese investment in the US, the more likely it is that Chinese talent in the Valley ends up moving back to China. And the more that China is used as a punching bag by Republicans and Democrats, the easier it is for Chinese talent to move back. So, it’s counterproductive. We always think that politics is local, but you want tech-sharing to be global.

Q. Do you expect the US-China tensions to be a passing phase or the start of a longer-term shift in relations?
A. That’s hard to say. I’m cautiously pessimistic in the sense that it’s hard to see how technology can improve the lot of people in the heartland of America in the short term. If people in the heartland of America are not happy and feel increasingly unable to improve their fortunes, then China becomes an easy scapegoat for a lot of the problems.

Q. What are the main barriers that US companies face when they try to expand in China? Are policy barriers the biggest obstacle?
A. I think cultural or technological barriers are more of a problem than dealing with policy or regulation because the Chinese government also doesn’t make it easy for local startups to expand into new categories. Chinese startups have to figure out how to work with the government to do the things that they do—companies like Didi Chuxing and Meituan all went through that. So, it’s a learning process for everybody in China to begin with.

However, if you’re trying to learn this from Silicon Valley, where the founders are used to being successful elsewhere with their set ways, it’s hard to figure out how to adapt to the Chinese market and work with the government in a way that works for both sides. So, I think it’s twice as hard for American startups to succeed in China than for local startups.

Q. What will your investment priorities be in 2019?
A. We will always focus on our main categories of consumer, enterprise and deep tech, but in China we expect to see more enterprise investments coming up over the next five years. As labor costs continue to rise, it’s inevitable that more enterprise startups will be built because you will have companies looking to increase revenue and become more efficient without hiring a lot more people.

On the consumer side, you’ll continue to see lots of businesses being built through internet-based efficiency in agriculture, commodities trading, as well as transportation and financial services. These are all areas where we think that the internet will continue to make a difference.

In deep tech, especially given what’s happening between the US and China, you’ll see more government support in China and a lot more entrepreneurs trying to make China more self-sufficient in deep tech. You’ll see a lot of stuff happening there.

Tweets by @forbes_india
Paani ka passbook: How drought-hit Marathwada villages are budgeting every drop
A wealth of notions