The challenge for the Modi government is threefold: To revive consumer sentiment and incentivise private investment even as it allocates funds for public expenditure 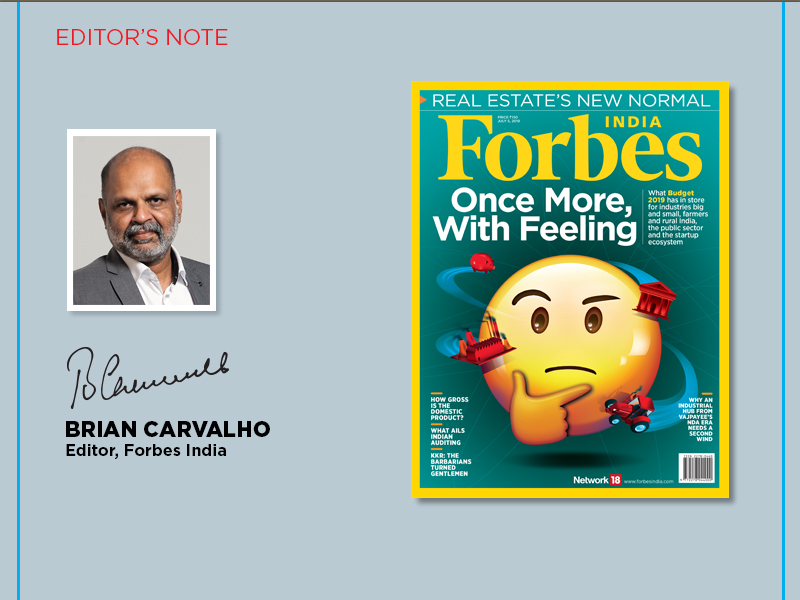 As the new government presents its first full-year budget, a momentous opportunity awaits. India has reached a sweet spot in which it could finally be launched on a double-digit medium-term growth trajectory.

Those are the opening lines of The Economic Survey for 2014-15, signed off by the man who grabbed the spotlight last fortnight for his latest working paper on the Harvard University website. Former chief economic adviser (CEA) Arvind Subramanian reckoned that India’s GDP may have expanded between just 3.5 percent and 5.5 percent in the fiscal period 2012-2017, as against the reported 6.9 percent average.

Midway through the NDA’s first term, India seemed to be headed for a growth trajectory that the CEA and team had envisaged in the Economic Survey. The revised growth figure for FY17, for instance, stood at 8.2 percent. However, it has been all downhill since, sinking to a five-year-low of 5.8 percent in the January-March quarter of 2018-19.

And if you thought 8.2 percent had promise, the former CEA has, in his recent paper, suggested that the impact of demonetisation and the Goods and Service Tax may have been underestimated.

Such distractions ahead of Budget 2019 are not exactly ideal for an economy that has its set of challenges, from unemployment to subdued consumption to a muted investment environment. The scenario today is similar to what the NDA had inherited from the Congress-led UPA in 2014: Growth had moderated due to weakness in industry, although the reasons attributed for that weakness were different: Policy paralysis and crony capitalism.

Similar to the expectations for the 2014-15 Budget, this time around too there are cries to revive investments and manufacturing, reduce corporate tax rate and rationalise the minimum alternate tax. But there are also newer solutions being suggested to tackle critical structural issues. Read about some of them in Monica Bathija’s ‘Once More, with Feeling’, the opening story of our cover package on expectations from Budget 2019. The challenge for the government is three-fold: To revive consumer sentiment and incentivise private investment even as it allocates funds for public expenditure. One relatively fresh solution—mooted by the government think thank Niti Aayog—is the need to create a National Employment Policy to address the unemployment crisis. A policy that looks at an integrated education, training and skill development programme is the need of the day. Read more in Naandika Tripathi’s ‘Uphill Job’.

One school of thought post-elections was that successful social schemes had a big role to play in the Modi government’s resounding win. Naini Thaker travelled to Moondiya Kalan, a village some 60 km off Jaipur, to see first-hand how initiatives like Ujjwala Yojana (cooking gas) and Swachh Bharat Mission (toilets in homes) have made life easier for rural India, and how NDA 2.0 can improve on them. That would take India closer to the goal that Subramanian and his team wrote about in the 2014-15 Survey: Of “wiping every tear from every eye” with a “well-functioning, well-targeted, leakage-proof safety net that will both provide and protect”.

Tweets by @forbes_india
Chef Boo Kim's new restaurant is all about eating 'dirty'
Budget 2019: What you should expect