Of course, it can, but the hockey revival wasn't born in a day—it's taken years of sweat, toil and perseverance by backers like the Odisha government to bring Indian hockey back into the elite league once again by focusing on the grassroots 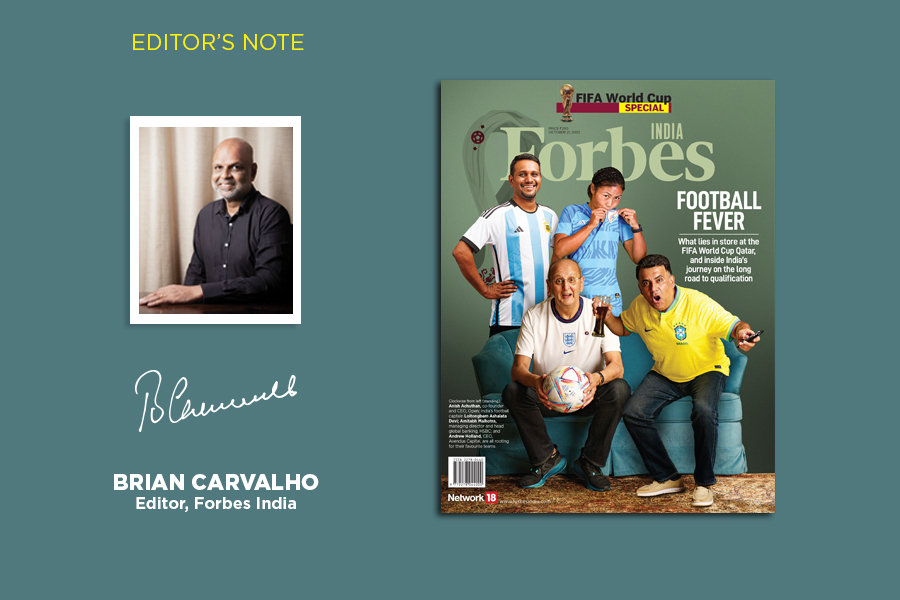 If one had to track the rise and fall of Indian hockey and football, there would be plenty of parallels. In hockey, after being at the peak for almost five decades, the decline began after the World Cup win of 1975. India did win a gold at the Moscow Olympics in 1980, but that was only because the top teams had boycotted the Games. From then on, if you were a hockey fan, it was inevitably a question of so close yet so far; until 2021, when India was back in the medals at Tokyo.

Cut to football, in which India was a regular in the Olympics between 1948 and 1960 (London, Helsinki, Melbourne, Rome). In between, India was also invited to the World Cup in Brazil (1950) and Switzerland (1954), but for some reason or the other never made it. At the Asian level, India were gold medal winners at the first Asian Games in 1951, where it got the better of teams like Iran and Japan—both of which have been frequent World Cup qualifiers (including Qatar). Perhaps the last big win was a bronze at the 1970 Asian Games in Bangkok.

Today, India is at best a competitor in the region, beating teams like Nepal and the Maldives. A recent bout of friendlies with Singapore and Vietnam resulted in a draw and a 0:3 rout, in that order.

Can football bounce back like hockey has? Of course, it can, but remember that the hockey revival wasn’t born in a day—it’s taken years of sweat, toil and perseverance by backers like the Odisha government to bring Indian hockey back into the elite league once again by focusing on the grassroots.

Forbes India’s edition this fortnight is an ode to the beautiful game, with the FIFA World Cup in Qatar a month away. The excitement is palpable and, as you will discover, has seeped into the Forbes India team, too. Madhu Kapparath takes us on a pictorial journey from 1930 when the first World Cup was played in Montevideo, Uruguay, and Samidha Jain zeroes in on the players to watch out for at Qatar from November 20.

Before that, remember there’s a World Cup that’s under way in India—the FIFA U-17 Women’s World Cup, in which the home nation debuts along with Morocco and Tanzania. Expectations should be realistic; look at it as the beginning of a long haul for a country whose women’s team is ranked in the late 50s and the men at 104.

The good news is that perhaps never has interest in football at the grassroots percolated so wide and so deep. Naini Thaker travelled to the hilly villages of Mizoram—which at last count had 33 players in the Indian Super League—and returned with a fascinating story on how the natural inclination towards the game is being channelised by the state government, the football association and corporate foundations. Divya Shekhar has the heart-warming story of how girls from under-resourced communities in the villages of Ajmer district in Rajasthan are using football to access every freedom, and counter poverty and patriarchy. What should bolster the young players’ skills and confidence, as Kathakali Chanda writes in ‘Club Call’, is the influx of the top foreign clubs and leagues, at the grassroots.

There’s hope for Indian football—indeed, Indian sport, if the hard work is put in. As Indian women’s football captain Loitongbam Ashalata Devi tells Kunal Purandare: “There’s a lot of hard work required to maintain success.” Don’t miss her profile and her plans to give back to Indian football.