Life After IPOs: What newly listed companies can learn from TCS

When TCS first listed on the bourses, it had to learn transparency and dealing with the media. It was a while before it caught up to quarterly expectations of the markets, and India's newly listed companies can learn a thing or two from it 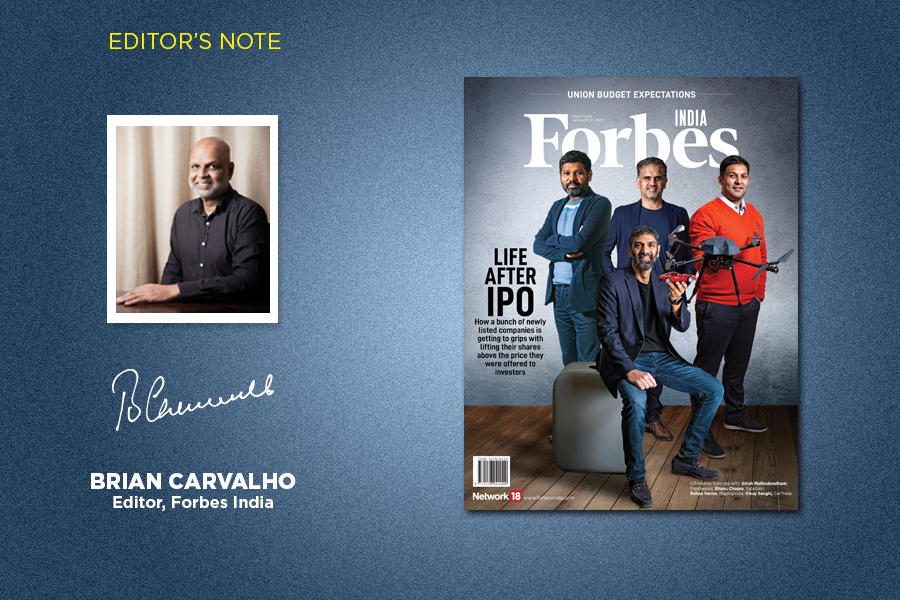 In August 2004—36 years after it was founded—India’s IT services pioneer TCS listed on the Indian stock exchanges. A company that was media-shy and understated—it operated out of the 11th floor of the Air India building in South Mumbai—realised it had to change. The preparations for an initial public offering (IPO) of the jewel in the Tata crown had begun early in that decade when TCS undertook a ‘Transformation and Change Management Exercise’ for which it did something it wouldn’t have dreamt of otherwise: It hired a VP with advertising and FMCG industry experience.

TCS CEO and Managing Director S Ramadorai also had to do things he wasn’t quite used to: Interact with the media. Such exchanges, though, were sincere and spontaneous. When I got a chance to ask Ramadorai about the pressure of being a publicly listed company, he said it as he saw it: “Pressures will be there, they will increase… the disadvantage is that there is unnecessary pressure too with regard to the implications of disclosures on a quarter-to-quarter basis.”

Sure, enough, by the second quarter post-listing—January to March 2005—TCS seemed to be paying the price for going public. Net profits were down by 34 percent over the previous quarter and revenues flat, although up by 36 percent year-on-year. The markets duly hammered the stock, prompting Ramadorai to wonder: “By what stretch of imagination do you call this a bad result?” The CEO reportedly pointed out that TCS had doubled revenue to $2 billion in two years—the first Indian IT firm to achieve this, but the media chose to “splash the worst”.

Ramadorai had a point, but the reality is that TCS was just about getting used to quarterly expectations. Clarity of communication to investors and the media may have been a problem, and it would take the company a few more quarters to make the transition from a division of Tata Sons to a standalone listed company.

Subscribers to the issue who’ve held on would have few complaints. At the 2021 annual general meeting, TCS Chairman N Chandrasekaran let on that one share at the IPO issue price of ₹850 was now worth ₹28,000—a return of over 3,000 percent.

TCS learned the quarter-on-quarter (QoQ) game rapidly. That’s what a bunch of recently publicly listed companies need to master. More important, they need to get to grips with what TCS had a few problems with pre-IPO: Performance and profits.

The Forbes India cover story this fortnight, ‘Life After IPO’, captures the challenges of recently-IPOed entities. Post-IPO, the scrutiny naturally increases, often beginning the day the Draft Red Herring Prospectus (DRHP) is filed. Markets can be ruthless, and most of the newly listed are feeling the heat. Rajiv Singh deep dives into six such entities that have their hands full keeping investors content.

The solution may be simple, at least on paper. As Hemant Jalan, CMD of Indigo Paints, whose shares surged by 75 percent on debut but as of early January were quoting well below issue price, tells Singh: “Just focus on the ball and play it to the best of your ability. Sometimes you win, and sometimes you lose. That’s the game.”

Our other special package is on expectations ahead of the Union Budget that Minister of Finance Nirmala Sitharaman will propose on February 1. To find out what to expect in the last full-year Budget ahead of the 2024 general elections, whether 6 percent growth is possible amid recessionary climes globally, and by how much can the fiscal deficit be trimmed in fiscal year 2024, don’t miss the budget bouquet.

Tweets by @forbesindia
Our organisation is capable of taking big decisions without me being involved: Abhishek Lodha
CoinDCX and Forbes India's collaborative Namaste Web3 initiative to kick off on January 28