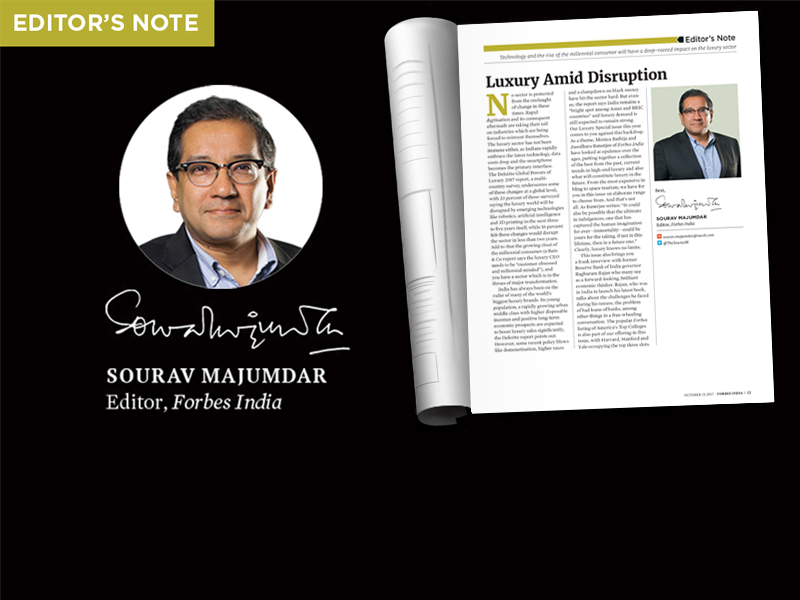 No sector is protected from the onslaught of change in these times. Rapid digitisation and its consequent aftermath are taking their toll on industries which are being forced to reinvent themselves. The luxury sector has not been immune either, as Indians rapidly embrace the latest technology, data costs drop and the smartphone becomes the primary interface. 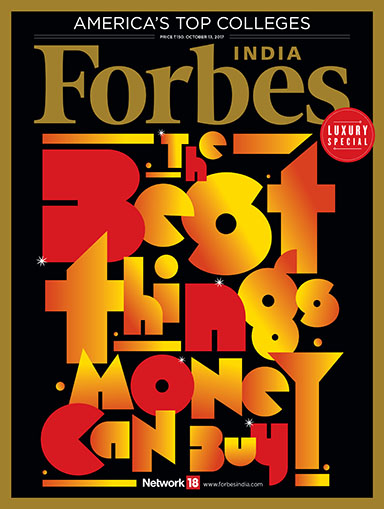 The Deloitte Global Powers of Luxury 2017 report, a multi-country survey, underscores some of these changes at a global level, with 23 percent of those surveyed saying the luxury world will be disrupted by emerging technologies like robotics, artificial intelligence and 3D printing in the next three to five years itself, while 16 percent felt these changes would disrupt the sector in less than two years. Add to that the growing clout of the millennial consumer (a Bain & Co report says the luxury CEO needs to be “customer obsessed and millennial minded”), and you have a sector which is in the throes of major transformation.

India has always been on the radar of many of the world’s biggest luxury brands. Its young population, a rapidly growing urban middle class with higher disposable incomes and positive long-term economic prospects are expected to boost luxury sales significantly, the Deloitte report points out. However, some recent policy blows like demonetisation, higher taxes and a clampdown on black money have hit the sector hard. But even so, the report says India remains a “bright spot among Asian and BRIC countries” and luxury demand is still expected to remain strong. Our Luxury Special issue this year comes to you against this backdrop. As a theme, Monica Bathija and Jasodhara Banerjee of Forbes India have looked at opulence over the ages, putting together a collection of the best from the past, current trends in high-end luxury and also what will constitute luxury in the future.

From the most expensive in bling to space tourism, we have for you in this issue an elaborate range to choose from. And that’s not all. As Banerjee writes: “It could also be possible that the ultimate in indulgences, one that has captured the human imagination for ever—immortality—could be yours for the taking, if not in this lifetime, then in a future one.” Clearly, luxury knows no limits.

This issue also brings you a frank interview with former Reserve Bank of India governor Raghuram Rajan who many see as a forward-looking, brilliant economic thinker. Rajan, who was in India to launch his latest book, talks about the challenges he faced during his tenure, the problem of bad loans of banks, among other things in a free-wheeling conversation. The popular Forbes listing of America’s Top Colleges is also part of our offering in this issue, with Harvard, Stanford and Yale occupying the top three slots.