Despite the US president's belief that the US has been a malignant force, other countries will not cooperate like they did in the 1930s or 1970s 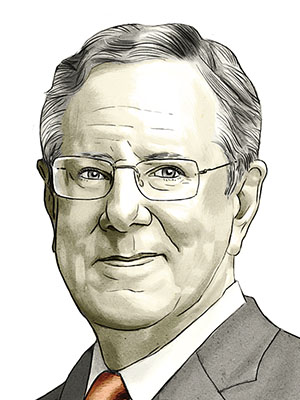 Want to get a good fix on Barack Obama’s strange, obsequious and increasingly dangerous policy toward Iran? There’s a book that—intentionally or not—explains it. Who knows if Obama ever took a gander at it? But it sure reads like the way in which our deluded president sees the Middle East.

Back in 2008, Robert Baer, an ex-CIA agent-turned-journalist, wrote The Devil We Know (Crown). Its thesis: Iran is an impressively rising regional and global power, and the US ought to recognise this fact and cease futilely resisting the inevitable course of history. What should US policy toward Arab states be? Ditch Saudi Arabia as an ally and let Iran control its oilfields. Ditch Iraq and let Iran annex chunks of that artificially created country, as it sets out to create a new Persian empire—which Baer seems to think is the right and proper thing for Tehran to do. The oil-rich Gulf states? They’re toast and destined to become virtual Iranian satrapies. Egypt? It’s not a contender and must accommodate itself to being a bit player, as it was in the days of the Roman Empire.

Nukes? Iran should get them anytime it pleases.

The book, to put it charitably, received mixed reviews, and pieces of it today read even more strangely than they did in 2008, especially in light of the collapse in oil prices; Iran’s corrupt, ramshackle, poorly performing statist economy; and the deep unpopularity of its regime, which was exposed to the world when the Iranian Green Movement erupted in 2009, a year after Baer’s book was published. Nonetheless, this book faithfully reflects Obama’s mindset: The US should step aside and let history take its course, ie, let Iran dominate the entire Middle East.

Of course, other countries may wish to demur. Prime Minister Bibi Netanyahu’s stunning electoral victory in Israel demonstrates that the Israelis won’t passively accept Obama’s weird worldview. Neither will Egypt, Saudi Arabia and Turkey. Among the possible consequences of Obama’s historically feckless course: A nuclear arms race, the consequences of which are too ugly to contemplate.

Obama has the same passive view regarding Vladimir Putin’s seizure of Crimea and the Kremlin’s slow war against Ukraine. He remains oblivious to China’s long-term goal of prying South Korea away from its US alliance and to Japan’s likely reaction to Beijing’s regional assertiveness. Despite Obama’s deep belief that the US has been a malignant force in the world and that we should now behave as if we were Albania, the world will not cooperate, any more than it did in the 1930s or 1970s. 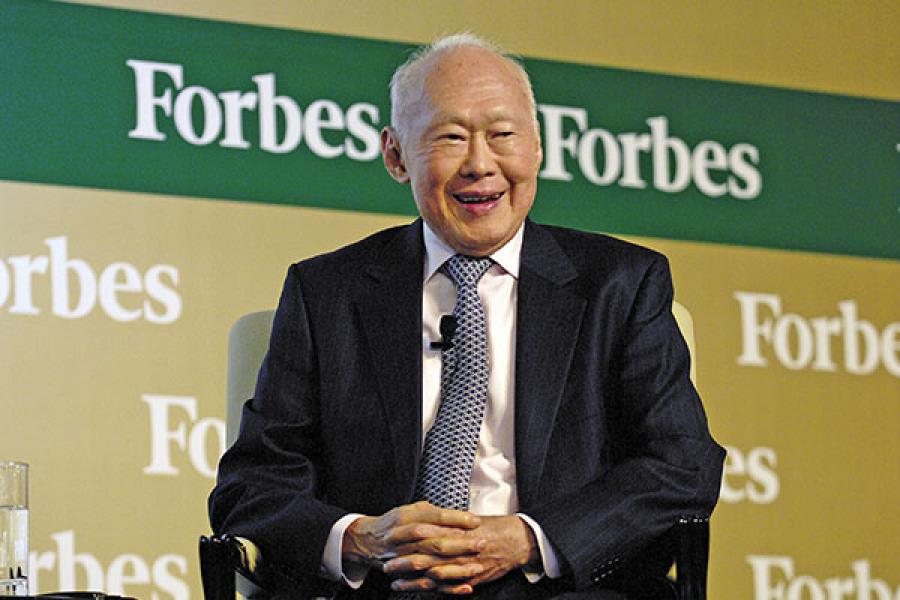 This Giant Will Be Missed

Lee Kuan Yew was one of the great statesmen of the post-WWII era. He made Singapore an economic powerhouse, demonstrating that so-called natural resources aren’t necessary for prosperity, that the key is creating an environment in which human ingenuity can thrive. He didn’t tolerate corruption; to eliminate the temptation and attract capable people, Lee paid government officials high salaries. He kept a tight grip on spending and pushed down taxes; the top rate on personal incomes is all of 20 percent. He knew the folly of weak money; the Singapore dollar looks like the Rock of Gibraltar compared with most currencies—including the US dollar, most of the time.

Lee simultaneously demonstrated that sound finance can coexist with soundly thought out social programmes. He pursued a vigorous housing programme that enabled people who didn’t earn high incomes to buy their homes; his was a model for how subsidies need not lead to the housing-related disasters that have plagued the US. Singapore’s health care system has provided comprehensive coverage to its people without the rationing, high costs and dicey care that characterise so many others. Singapore’s pension system avoided the pay-as-you-go trap that is hurtling those in other countries toward insolvency.

Under Lee’s guidance, Singapore developed a real-life playbook for how an impoverished country can flourish. When Lee became prime minister in 1959, Singapore’s per capita income was little more than $400. Today it is over $56,000, higher than that of all but a handful of other countries.

Lee allowed elections, even if he didn’t give the opposition a lot of breathing room (though if he had, he would have won handily). More important, under his leadership, Singapore developed a thriving middle class, along with the civic institutions and habits that are crucial to a sustainable democracy. Singapore’s political system is evolving in a way that bodes well for long-term stability. Early in his political career, Lee shed his socialist sympathies and became a hard-headed pragmatist. He ruthlessly suppressed communist attempts to hijack his political party, even though he had made common cause with them in the fight for independence, when Singapore was a British colony. 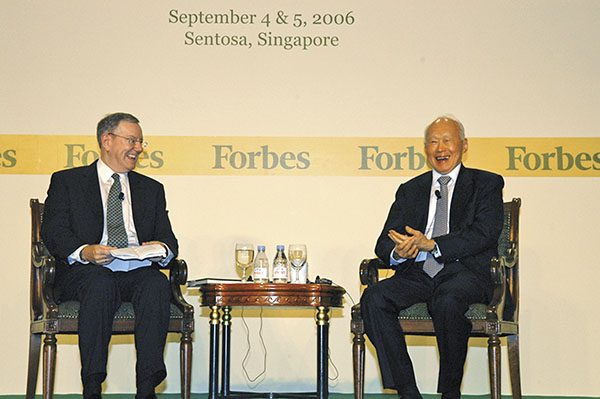 In the 1950s and 1960s, Lee demonstrated superb political skill in maintaining Singapore’s independence in the face of real hostility from two immensely larger neighbours, Indonesia and Malaysia.

But Lee’s influence extended far beyond his small country. One wishes he could have been the leader of a country like Indonesia or China. (He would have conducted US foreign policy better than almost all of our secretaries of state.) He supported US efforts in trying to save South Vietnam from communist takeover by the North. Although the US lost that war, Lee argued that our long effort gave the rest of Asia the time needed to develop the strength to resist communist takeovers. He strongly supported a robust US role in the region as a counter to the old Soviet Union and China.

I got to meet Lee, thanks to our chairman, Cap Weinberger. When Cap was secretary of defence, he worked closely with Lee and considered him a stalwart ally, whose insight and advice were extremely valuable and who provided enormous practical help during the Cold War.

To listen to Lee talk about the world situation was an enlightening delight. During one of our most memorable visits, he recounted the story of his meeting with Deng Xiaoping soon after Deng had won the reins of power and was mulling how to go about rebuilding China in the aftermath of Mao’s horrific Cultural Revolution. Deng’s trip to Singapore in 1978 was his first and only trip there. He was stunned by what he saw in Singapore: A booming area populated by Chinese that was independent and politically stable. “How did you do it?” Deng asked Lee. Deng threw aside his itinerary and spent hour after hour in intense conversation with Lee.

One of our journalistic coups occurred in 2001, when Lee Kuan Yew kindly accepted our offer to become a Forbes columnist, agreeing to share his insights with our audience every three months.

It’s so unfortunate that the civilised world has lost such a wise voice at this troubled time.

Tweets by @forbesindia
Ask 50 Billionaires: Which are their favourite sports?
Muted results for TCS in March quarter, but staffers will get bonus