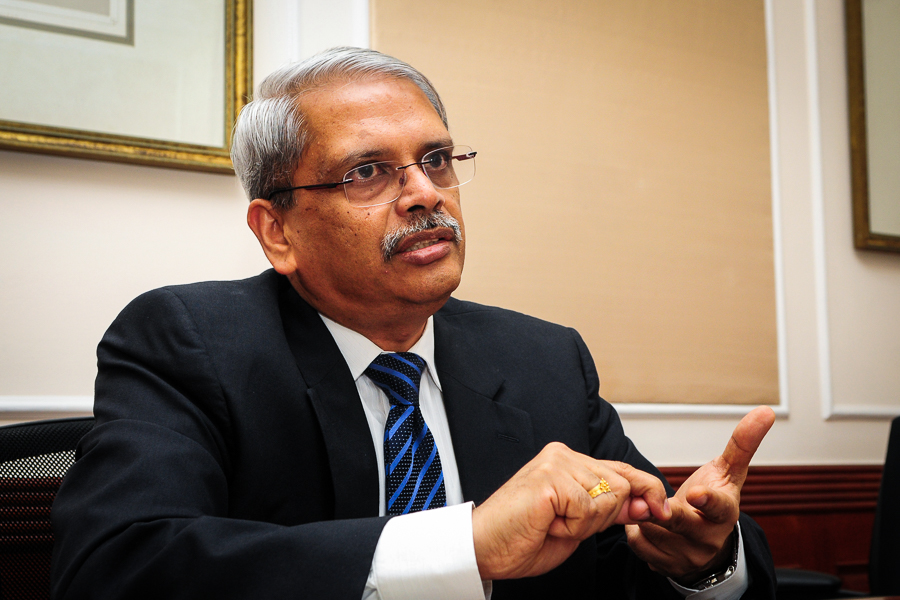 As the country locks down, the startup ecosystem is grappling with challenges of running  business from home, and the fear of running out of cash and going belly up in the short term. Kris Gopalakrishnan, one of the co-founders of Infosys and now co-founder of Axilor Ventures, a Bengaluru-based accelerator and seed fund, tells Forbes India, “This is a black swan event and startups are finding it challenging to operate in this environment.” On March 25, Gopalakrishnan caught up with Axilor-funded companies over Zoom, the video conferencing platform, companies that are struggling for ideas on how to cope. His advice? “They have to control costs, extend their runway as much possible, talk to their investors and let them know their financial position. If they have been doing well before this, investors would likely infuse more money in the form of a bridge round.” A clutch of smaller startups is struggling for survival, as only essential service providers are in business. While startups are traditionally cash guzzlers, raising capital at this time will be a herculean task. Such founders will have to make do by raising bridge rounds with clauses of equity conversion later, because valuations are naturally depressed for now.  “None of the venture capital funds I have talked to are raising funds nor closing new rounds, as it has become difficult to do due diligence for new rounds,” points out Gopalakrishnan. Apart from working with other VC funds who are investors in Axilor’s portfolio companies, Gopalakrishnan says, “We are open to looking at new investments but we will be prudent.” Axilor typically invests about Rs 20 crore per year in startups across the country.  A section of the startup community has seen a virtual shutdown in business. For instance, ventures providing in-home services like home cleaning and beauty services have seen a complete shutdown. For his part, Gopalakrishnan points to the segments that are seeing a burst in activity. There has been a significant increase in business for anything that is related to content, as most people across the country are locked in their houses with time to spare. For instance, there has been a substantial pickup in video and audio content consumption, and online gaming. Also, with the increasing time people are spending on social media, startups in this segment are witnessing an uptick in subscribers. Apart from that, pharma and medical care apps, essential service providers like groceries, vegetables and milk are witnessing a spike in orders, although many are currently struggling with the delivery mechanism. In its portfolio, Axilor has companies including diagnostics companies Niramai Health Analytix and Docturnal, and Q&A app Bolkar, which stand to benefit from the increased demand during the pandemic. “They have to repurpose their services in this environment,” says Gopalakrishnan. The former Infosys CEO also foresees a demand for debt products. Venture debt as a concept in India is still nascent and the debt deals are usually done along with an equity round with an equity kicker at the end of the cycle in some cases. Gopalakrishnan is an advisor on the board of venture capital fund Chirate Ventures, which has many late-stage companies in its portfolio. These include ventures such as Lenskart, First Cry and Bounce. While the world has virtually come to a pause, Gopalakrisnnan believes that most of the larger startups had raised capital over the past year, and that should help them stay afloat. But the underlying imperative is to conserve cash; if there is no fuel in the tank it would be better to shut down temporarily and restart when the storm blows over. That won’t happen in a hurry. As Gopalakrishnan says, “With no visibility in sight for when the world will come out of this pandemic, It will take nearly six months to a year to recover even after the 21 day lockdown.” 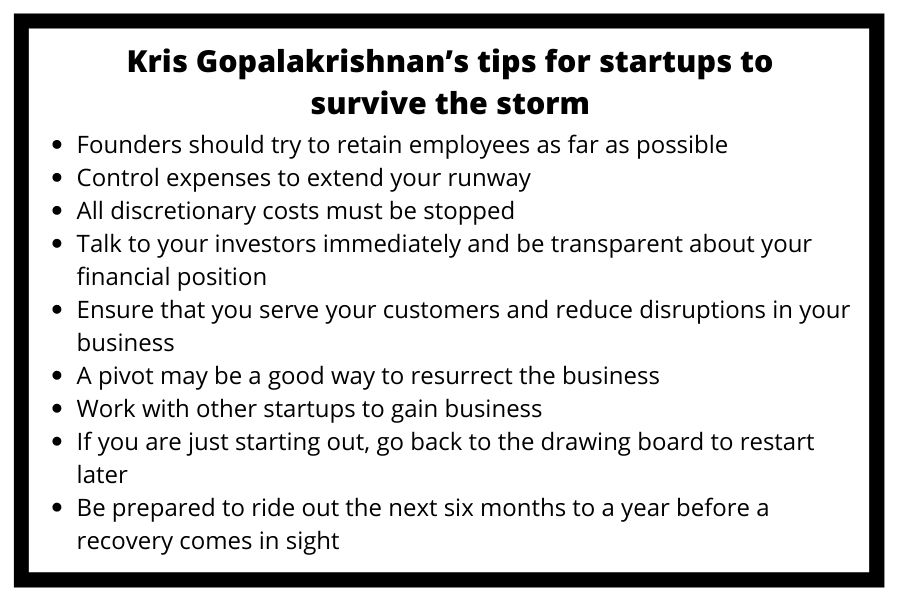