Bal Utsav has managed to distribute 22,000 tonnes of food in a year, and is now working towards setting up Covid-care centres for critical patients in and around Karnataka 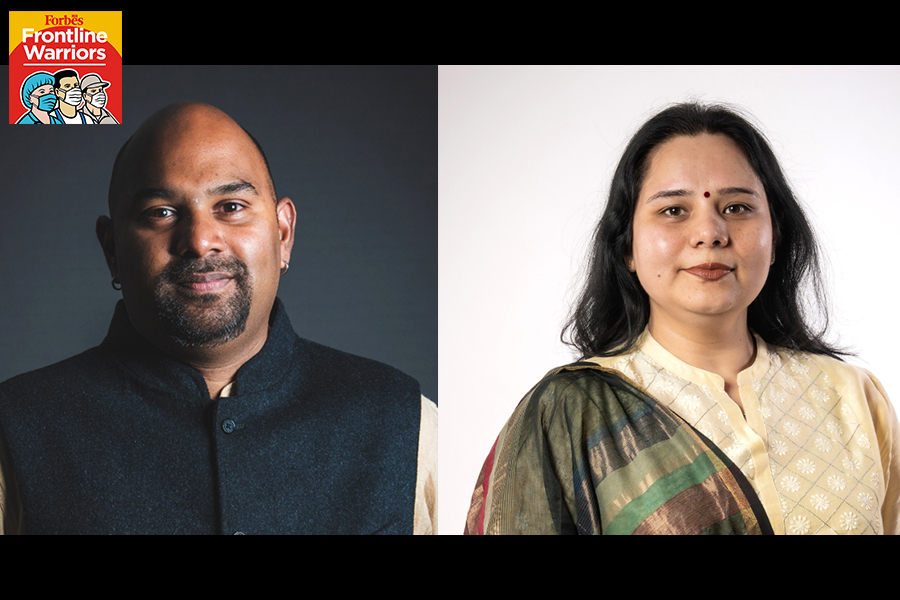 In the year since the first lockdown was announced, Ramesh Balasundaram, co-founder of Bengaluru-based NGO Bal Utsav, says they have distributed 22,000 tonnes of food and other supplies through stay-at-home edible and hygiene kits in Karnataka and adjoining areas—procuring the same with the help of donations, both in terms of cash and material aid.
A year on, their 28-member team and volunteers-on-call are again doing the same. “We cannot think of giving up, because the worst is yet to come,” says Balasundaram, who co-founded the NGO along with wife Binu Verma.
With rice, dal and masalas in the food kits and bath soaps, washing soap for utensils, masks, sanitisers and sanitary pads in the hygiene kits, all of which can last a family of four for about 20 to 25 days, the NGO has been a godsend for many families ever since their lives came to a standstill due to the Covid-19-induced lockdown.
“Today we are alive only because of Ramesh sir and madam,” says Raj Shekar, a 52-year-old potter from Bengaluru and one of the beneficiaries of Bal Utsav’s Covid-relief. “If not of Covid, we would have died of starvation,” he adds. Shekar distributed 100 food and hygiene kits to other potter families, a community, he says, every private company and the government had overlooked. 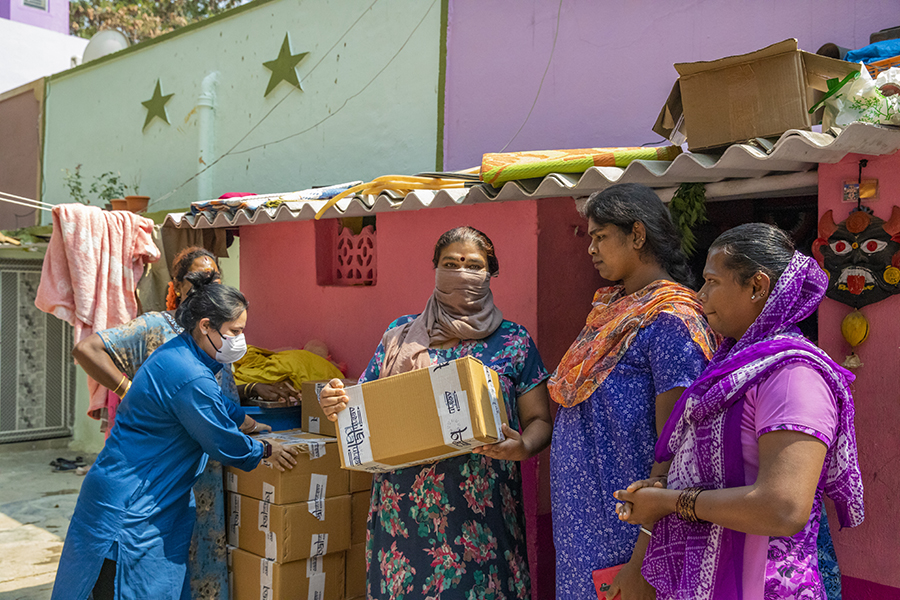 BalUtsav has distributed 22,000 tonnes of food and supplies like soaps and sanitisers in a year
Even as they worked towards providing food kits, they had to change their Covid-19 response every two weeks to cope with newer challenges.
“Soon after we distributed the kits, we saw another big problem at hand–migration. That’s when we realised that these people would need cooked food, so we were distributing both, the kits and ready-to-eat food, simultaneously,” says Balasundaram.
When the Shramik Express trains opened up, along with food Bal Utsav started distributing water bottles, sanitary napkins to women and ORS for children as news reports of them fainting and getting dehydrated on the journey started coming out.
The efforts continued till July last year, after which some people started getting back to work with the lockdown easing. However, some communities were still suffering like cobblers, people working at salons, sex workers and transgenders. “So, much of our relief effort was directed towards helping them survive and thrive.”
And now, it feels like déjà vu, he says. “We’re back to doing what we were doing last year, whereas I wish we were working towards repairing the damage caused,” he adds.
In fact, the scope of relief operations seems to have only expanded. In addition to the relief efforts, the NGO is also working with the government to set up Covid-care centres for critical patients, with oxygen supplies and ICUs, in the state.
“The estimates of cases seem to be far higher. The current demand is anything between five and seven times of what existing hospitals can provide. Purely from a numbers standpoint of the various projections we are seeing, it looks like we are going to be peaking between May 16 and May 24,” he says, adding, “So a lot of our focus is now also on making plans and proposals to set up Covid-care centers for critical patients and with support and money on the table, hopefully in the next 15 days they should be up and running.”
For over a year, like their team and volunteers, both Balasundaram and Verma have been surviving on a couple of hours of sleep a night. And it looks set to continue. “It’s all ad hoc right now, it depends on the situation. So there’s no routine. All we know is there would’ve been people who’d have died of hunger and if not all, we’ve at least helped save some people,” he says. Their own lives and comfort are not something they are thinking of right now. “People we are dealing with are in a much worse situation and they need our best effort. All of us are destined to go one day, why not go after helping people win the battle against Covid-19.”
To donate, visit: https://balutsav.ngo/donate-to-bal-utsav/