Can cars use hydrogen as zero-pollution fuel? 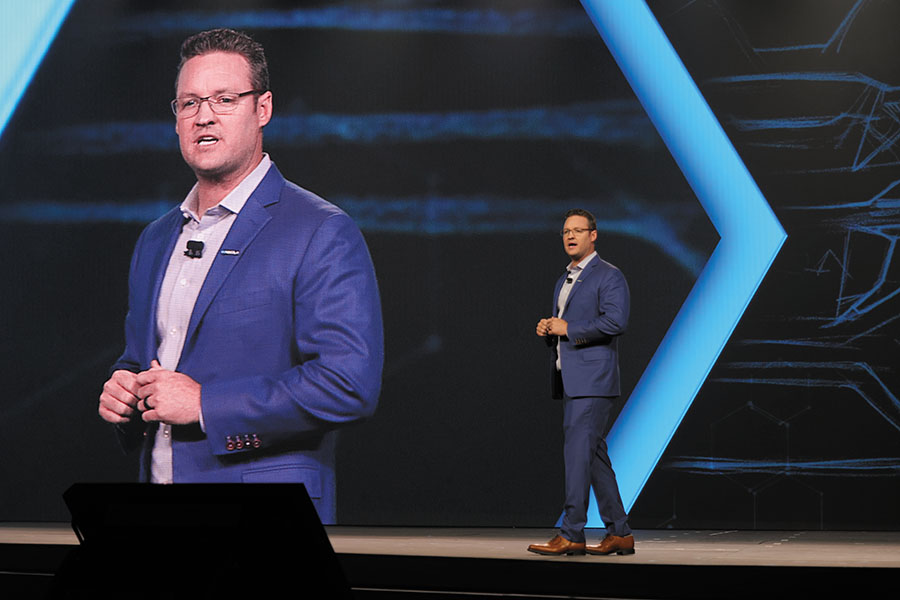 Trevor Milton rumbles toward his audience of 2,000 in the ultimate green-energy vehicle—a red beer wagon drawn by eight Budweiser Clydesdales. “They represent how America was built,” he says of the massive horses. The audience, a mix of trucking execs, shippers, journalists and Anheuser-Busch InBev reps, roars its approval into the cavernous event centre in Scottsdale, Arizona, that’s hosting the April launch party for Nikola Motor Co. Then comes Milton’s pitch. Just as diesel replaced the Clydesdales, a new fuel source is going to make petroleum obsolete: Hydrogen.

The most abundant element in the universe is a zero-emission fuel. Convert it to electricity, and the only by-products are water and heat. Hydrogen, says the 37-year-old founder and chief executive of Nikola, can power heavy-duty trucks. It goes into a fuel cell and comes out as current to power electric motors.

Hydrogen power has been an enticing mirage for six decades. General Motors unveiled a hydrogen Electrovan prototype in 1966 but never made a business of it. Shares of Ballard Power, a pioneer in fuel cells, climbed to $140 in 2000 but now languish below $5. President George W. Bush poured taxpayer money into hydrogen-fuelled-car research, but fewer than 7,500 hydrogen-fuel-cell vehicles are on US roads now.

From a Phoenix headquarters that will also build prototype semis, Milton has raised $265 million from such investors as the hedge fund ValueAct, the Norwegian energy company Nel Hydrogen and Worthington Industries, a metals manufacturer. But he needs at least $1 billion to build a factory in Coolidge, Arizona, put the first trucks on the road and open ten fueling stations in California and Arizona.

“It’s not just about building one part. It’s about actually delivering a product that can compete against a diesel and beat it,” Milton says.

Elon Musk, whose battery-powered Teslas have done much to wean American drivers off gasoline (and who plans to sell a battery-electric big rig), derides “fool cells” and has called hydrogen “stupid”. But hydro is looking less stupid these days.

For one thing, a growing surplus of solar energy in the Southwest opens the possibility of siphoning off excess power at midday to make hydrogen fuel cheaply out of water. For another, batteries aren’t suited to long-haul trucking. They take a while to recharge, and they’re heavy.

Nikola’s truck cab—a 1,000-horsepower system comprising carbon fibre tanks, hydrogen fuel and a fuel-cell stack—will push an 18-wheeler up to 750 miles and weighs 20,000 pounds. The same juice would demand a lithium-ion battery that would add at least 5,000 pounds to a truck with the same range, says Nikola. AB InBev’s order for 800 Nikola semis, leased for seven years at up to $1 million each (fuel included), goes some way toward proving hydrogen’s case.

If Nikola can deliver the trucks, the brewer will use them to haul Budweiser from the West Coast to distribution centres hundreds of miles away. Subject to the same “if”, Nikola will collect on $10 billion in preorders from such firms as the fleet operator US Xpress.

Milton isn’t the only hydro visionary. Hyundai Group is putting $6.7 billion into hydrogen projects.In July the engine maker Cummins bought Hydrogenics, which makes fuel cells, for $290 million. Next year, GM and Honda will open an $85 million fuel-cell factory in Michigan, and Toyota is opening a refi nery at the Port of Long Beach to turn cow manure into hydrogen to power trucks developed with Kenworth.

A lifelong garage tinkerer, Milton became obsessed with how things work when he was 6 during a train ride arranged by his father, a retired Union Pacifi c manager. He tried college in Utah but dropped out after less than six months. A Mormon mission to favelas in Brazil got him thinking about wider problems, particularly environmental ones. “That was probably one of the biggest eye-openers of my life,” he says.

In 2010, he founded dHybrid Systems, a Salt Lake City designer of natural gas fuelling systems for trucks. In 2014, Worthington bought that business. Milton left for Nikola, recruiting his former mentor at Worthington, Mark Russell, to be the startup’s president.

Milton aims to build 25 trucks next year and 400 in 2021. If all goes well, by 2022, he’ll be making eight tonnes of hydrogen daily from renewable electricity at each station, enough to keep 250 trucks running. He thinks he can get the cost of making a kilogram of compressed hydrogen gas—which provides the same amount of energy as a gallon of diesel—down to $2.50. This is far less than the California hydrogen retail price of $14. He wants to expand his fuelling capacity from the West to a 700-station cross-country network by 2028.

Change is coming, perhaps faster than what the manufacturers of diesel engine trucks expect. The European Union passed emissions rules that could ban diesel trucks by 2030; California is leaning toward a similar mandate. Milton claims that Nikola has a lead of three to five years on his rivals.
“Whether you’re Republican or Democrat or independent, no one wants to go jogging down the road and breathe diesel smoke in,” he says.