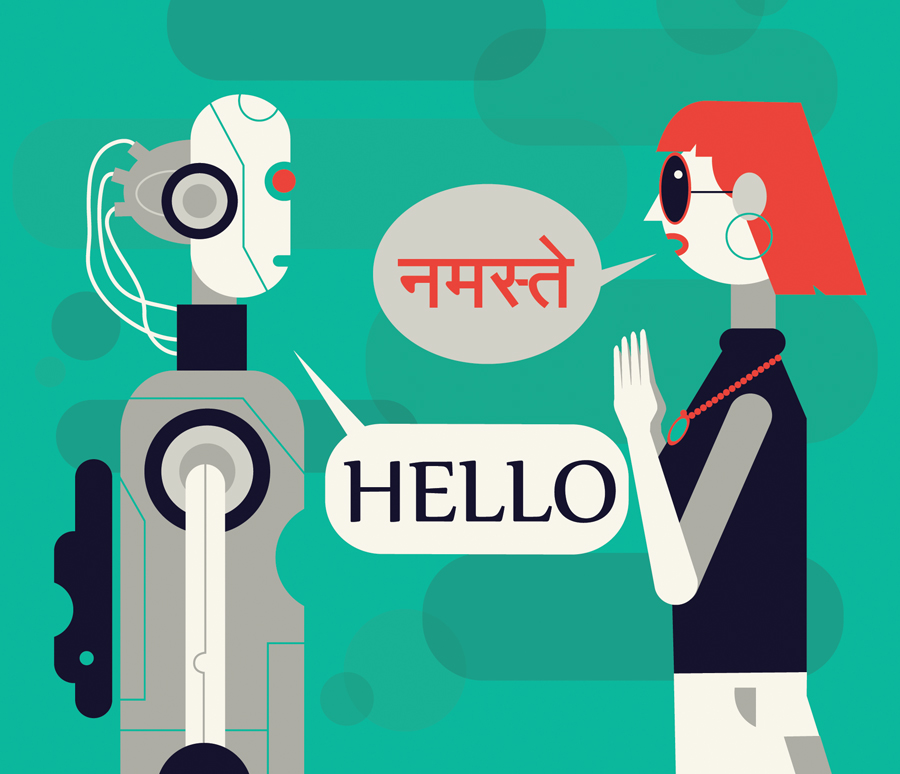 
About 89 percent of people buying cars in India spend time reading reviews and researching online. If these are only in English, imagine the number of customers large corporations will miss out on,” says Nilesh Dorik, general manager (India) of thebigword, UK-based professional translators and interpreters. “This is where we come in.”

India’s multilingual culture, with 22 official languages, makes it a lucrative market for translators, with the emphasis on localisation for business expansion over the past decade giving the industry a push. thebigword is the latest company looking to enter the space, opening a centre in Pune in early September.

Dorik’s conviction can be backed by numbers from a report by Common Sense Advisory, an industry research firm, claiming that about 55 percent of international shoppers do not buy products from a website that isn’t in their mother tongue. Besides, in India, he adds, there are about 234 million online users [as per a KPMG report] who are local language consumers, “and that is growing faster than native English speakers on the internet”.

“In the last five years, I have seen multinationals such as General Electric, Chrysler, and IBM wanting to expand to countries like India and looking into localisation as a core extension of their business,” says Nihat Arkan, global CEO, thebigword. But localisation isn’t just about translating the website or a document into the local language, it is about understanding the culture. This philosophy is pushing a number of multinational corporations (MNCs)  to move beyond their headquarters and set up shop on foreign shores.

One of the largest global players in this market is US-based Lionbridge, which clocked a turnover of $647 million last year and translates about 350 languages. The company began its India operations in September 2003, long before the translation market had really picked up.

Many of the legacy companies in the space still continue to provide traditional face-to-face translations, but these MNCs and a crop of home-grown startups are making forays in the field using modern technologies like artificial intelligence (AI) and machine learning (ML). With technology widening its functions, these firms are looking to overcome the hurdles of limited use that interpretors have faced so far, “like escorting a CEO coming to India”, as Sarath Divella, country head–Lionbridge India, puts it, or in the unorganised manner in which the sector functions.

In 2009, one of the first translation startups that adopted technology was Reverie Language Technologies. This was when smartphones were just being introduced in the market and Arvind Pani, the co-founder, identified a major gap as the display text had no Indian languages. “Our objective was to ensure that Indian language users can do everything on the internet, with the same kind of ease, as any other English language user,” says Pani.

A decade later, Reverie has been acquired by Reliance Industries Investments & Holdings (RIIHL), a subsidiary of Reliance Industries, and counts among its clients companies like Practo, Vijaya Bank, Ola, and Reliance Jio. It provides end-to-end translation services, including transliteration and machine translation for vernacular languages to expand the reach of businesses. Reverie is also conducting beta-testing of a product called the Prabhandhak that has incorporated features like Indian language spell checkers, machine translation and translation memory.

Pani believes the problem is with user engagement in Indian languages, which cannot be solved in bits and pieces. The Bengaluru-based startup is now looking at language as a service platform by ensuring, “there is content in those languages, providing the right interface required and ensuring queries are interpreted and responded to correctly”.

Another startup working in this space is Gurugram-based Process 9 founded by Rakesh Kapoor, Devendra Joshi and Vidushi Kapoor in 2010. The company has raised about $1 million in funding from the Indian Angel Network. “Our focus is on ensuring that our end-user can communicate in a language of their choice and enabling an ecosystem so they are not at a disadvantage in terms of access to information,” says Kapoor. 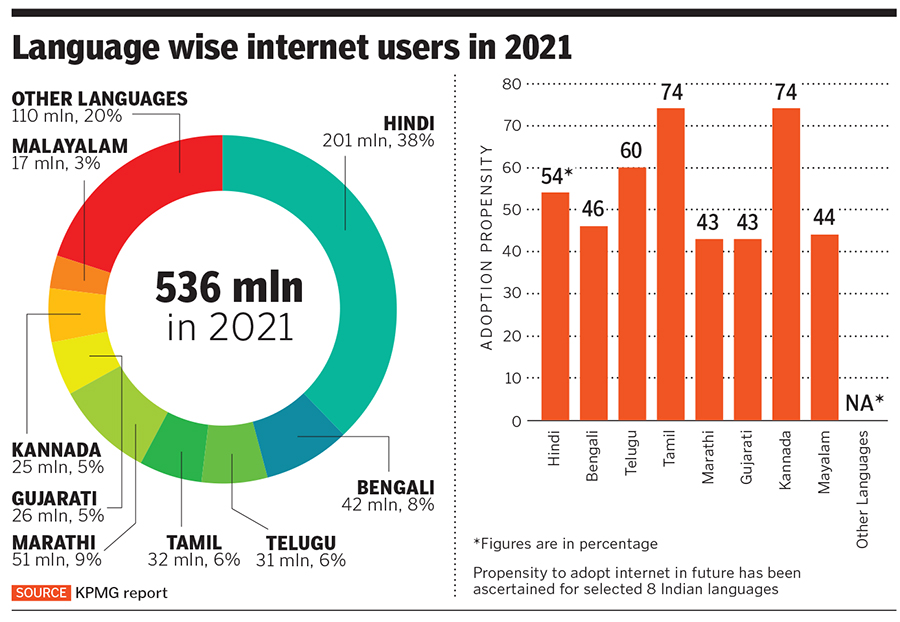 The company that runs on a software-as-a-service model has two products: MOX Gateway and MOX Wave. MOX Gateway integrates with a website, application or CRM of a business and translates the page in the easiest and quickest possible way. MOX Wave is a cloud-based machine translation and transliteration system. “Any application or website that wishes to become multilingual will use our services. We have clients like Bookmyshow, Shaadi.com and Bajaj Finance. We are focusing on Indian languages at present, but wish to move into other Asian languages soon,” says Kapoor. “We plan to launch a web portal, where an organisation can come and sign up for the service at a subscription model. Depending on the details provided the website will be translated to the language of your choice within a week or two. This makes translation and localisation a lot easier for smaller organisations as well.”

Taking translation and interpretation a step further is Vernacular.ai’s business-to-business platform that helps companies build multilingual chatbots. Four friends from IIT Roorkee—Sourabh Gupta, Manoj Sarda, Akshay Deshraj, and Prateek Gupta—realised in 2016 that a lot of rural and urban businesses were focusing only on English-speaking Indian users. Even non-English speaking users who had access to the internet couldn’t get content. “We are building the conversational infrastructure to empower the users and businesses in the country by helping them communicate with each other,” says Sourabh Gupta.

The company is monetising its automated product—a voice bot—by selling them to customer care centres to attend to incoming calls and resolve queries through human-like conversations. But it remains a work in progress. “We have faced challenges while moving away from our chat-based offerings to a completely voice-based one. We had to think differently and design our services and products in a voice-only manner,” he adds.

At the end of the day, as Divella of Lionbridge says, “Translation cannot be entirely dependent on AI and ML. Although the industry is picking up in India, finding the right people can be a major challenge.”

Tweets by @forbesindia
It's official: Global trade is deteriorating, sapping the world's economy
Can cars use hydrogen as zero-pollution fuel?