The digital Yuan wallet app has been updated to allow for contactless payments to be made using Android phones, even if the device does not have internet or power 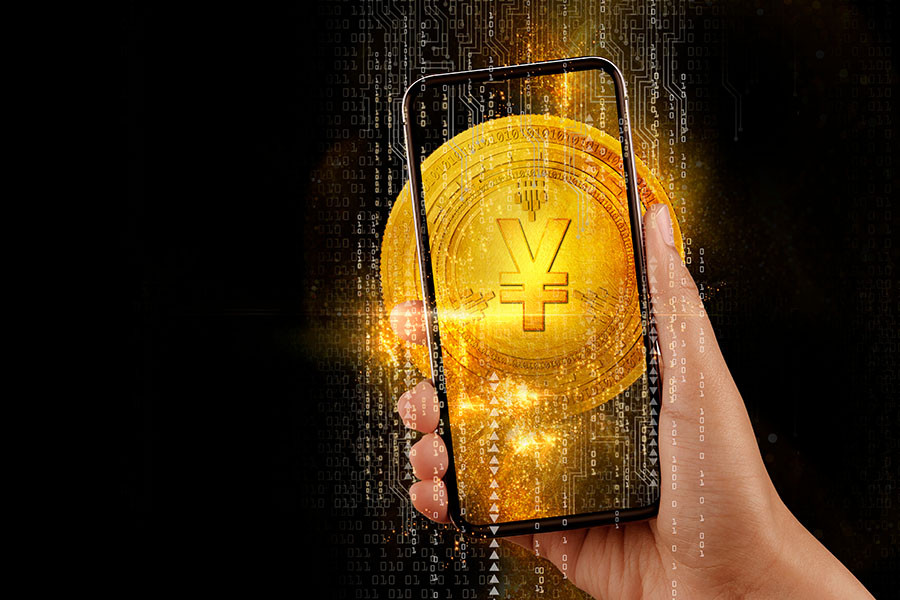 In addition to the recent smart contract feature, the digital Yuan (e-CNY) has also been given new uses. Image: Shutterstock

China's digital version of its currency, known as the digital Yuan or eCNY, has been upgraded to include smart contract capabilities and new potential uses. This upgrade was implemented on a Chinese app called Meituan, which provides services such as retail and food delivery.
Meituan users can now use the digital Yuan, or e-CNY, to make purchases on the app and have a chance to win a prize by triggering a smart contract.
When a user makes a purchase, the smart contract searches for certain keywords and items in the order. If the purchase matches the keywords for that day, the user will be entered into a drawing for a chance to win a share of a "red envelope" prize, known as hongbao, containing 8,888 yuan (about $1,300).
Hongbao are commonly given as gifts during Chinese New Year as a symbol of good luck.
In December, the digital yuan wallet app added a brand new feature that allows users to send digital versions of red envelopes (hongbao) as a way to encourage more people to use the e-CNY before the Chinese New Year, which is celebrated on January 22nd.
In addition to the recent smart contract feature, the digital Yuan (e-CNY) has also been given new uses.
A report from China Securities Journal stated that e-CNY was used to purchase securities for the first time. Additionally, investors can now use the digital currency to buy securities through a mobile app provided by a local brokerage firm called Soochow Securities.
Furthermore, the digital Yuan wallet app has been updated to allow for contactless payments to be made using Android phones, even if the device does not have internet or power.
The recent developments in new uses for the digital Yuan come as China has been facing difficulty in getting people to adopt the e-CNY.
A former executive from the People's Bank of China, the country's central bank, publicly admitted in December that the usage of the digital Yuan has been low and inactive, and the results have not been as expected.
Furthermore, on January 10th, the PBOC included e-CNY in currency circulation reports for the very first time, and it was revealed that the CBDC represented around 0.13 percent of the 10.47 trillion yuan ($1.54 trillion) in circulation at the end of 2022.
Shashank is the founder of yMedia. He ventured into crypto in 2013 and is an ETH maximalist.

Tweets by @forbesindia
Setbacks will make you stronger, better: Jemimah Rodrigues
From Nirmala Sitharaman's growth puzzle for Budget 2023 to Prashant Jain's investment mantra, our top stories of the week