Today crowdfunding is a mainstream source of finance for entrepreneurs

By Ting Xu and Seb Murray 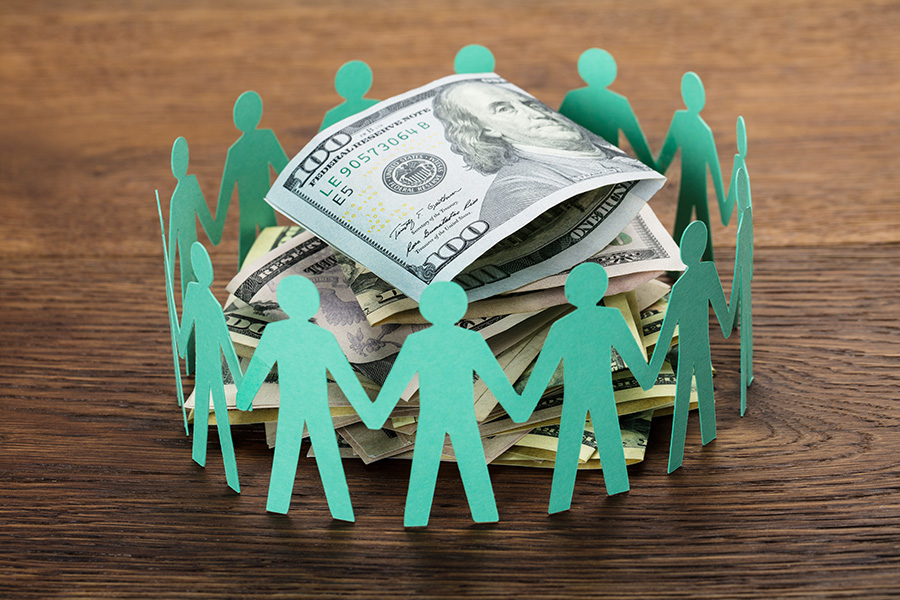 Image: Shutterstock
In 1997, fans of British rock band Marillion raised $60,000 on the Internet to help finance a tour of North America. It is one of the earliest examples of the power of crowdfunding, in which a large number of investors back a venture with small investments online.

The trend began in the late 1990s as a way for musicians and filmmakers to raise capital quickly from fans. Today crowdfunding is a mainstream source of finance for entrepreneurs who use sites such as Kickstarter to raise, in some instances, seven-figure sums.[i] According to the World Bank, investment via crowdfunding has the potential to hit $96 billion globally by 2025.

From Financing to Feedback
People familiar with crowdfunding already understand its potential to raise capital. As financial constraints can be a major barrier to venture growth, some entrepreneurs use this method to raise financial resources, but that is not always their sole motivation: Crowdfunding is also a good way to validate demand for a new product or service — and avoid pumping resources into a doomed business.

After all, many investors on crowdfunding platforms are potential customers themselves. And the crowd can make more accurate predictions about the prospect of a project than an individual entrepreneur, who is often overoptimistic.

The founder of crowdfunding platform Indiegogo has said: “We’ve actually gotten thank-you notes from people who were highly unsuccessful in raising money [who] said, ‘In three weeks I discovered that I had an idea that nobody wanted. You just saved me two years of my life.’”

Such benefit is felt not just by cash-strapped entrepreneurs, but also by established companies. More and more nonstartups choose to crowdfund their products, even though they are not short of money.

Professor Ting Xu has conducted research into the power of the crowd. He surveyed 262 Kickstarter entrepreneurs and found that 63 percent of them chose crowdfunding to assess consumer demand for their ideas. Among them, a majority think that such feedback cannot be learnt from other financiers such as banks, friends and family, or angel/venture capital investors.

Findings After Feedback
The crowd’s feedback can spur entrepreneurs to pivot, whether that means tweaking their ideas or abandoning bad projects to focus on those with a higher chance of success. Entrepreneurs are particularly more likely to react to feedback if they believe the crowd is more experienced or if they have less faith in their projects, the study stated.

Professor Xu also tracks the commercialization outcomes of Kickstarter projects by matching them to relevant databases of launched products, such as IMBD for film projects and OpenLibrary for book projects. To separate financing from feedback, Xu focuses on unfunded projects. These projects didn’t receive any funding on Kickstarter because the pledged amount fell short of the funding target. Among these entrepreneurs, Xu finds that those who received more pledges are more likely to commercialize their projects in the future. All else equal, a 50 percent increase in pledged amount leads to a 9 percent increase in the probability of commercialization, according to the study.

Positive feedback also prompted entrepreneurs to return to crowdfunding and set higher financing targets, potentially scaling their startups more quickly. Xu found that a 50 percent increase in the pledged amount received by an earlier project increased the scale of the next similar project by 6 percent.

A New Kind of Funding
Those ready to pursue entrepreneurship through crowdfunding may benefit from traits of successful campaigns Xu observes in his research. For example, entrepreneurs would be well-advised to:

Minimize information asymmetry. Entrepreneurs need to articulate their ideas well so the crowd can understand the project. Videos and pictures help, as does active communication — answering questions and providing updates.

Have an Internet presence. As the investment takes place online, that’s where potential investors will look for information, and entrepreneurs with more social media accounts and more friends online tend to get more funding.

Set a reasonable funding target. Investors do not want to back entrepreneurs that look too overoptimistic.

It’s worth noting that, while crowdfunding has numerous benefits to entrepreneurs, it has its detractors. Traditionally, venture capital has been the trusteed source of finance for fledging companies. Critics argue that crowdfunding lacks the legitimacy of VC, and the due diligence a VC firm would conduct on a potential investment. Because the crowdfunding industry is still new, rules and regulations are still being formed; investor protection is often found wanting.

However, knowing that you have the option to cut your losses quickly or scale up a project, based on crowdfunding feedback, in fact makes starting a business less risky. At the aggregate level, crowdfunding can therefore encourage entrepreneurship, not only through financing, but also through feedback provision that reduces uncertainty. In a time of incredible ambiguity, that can only be a good thing.

Ting Xu authored “Learning From the Crowd: The Feedback Value of Crowdfunding.”