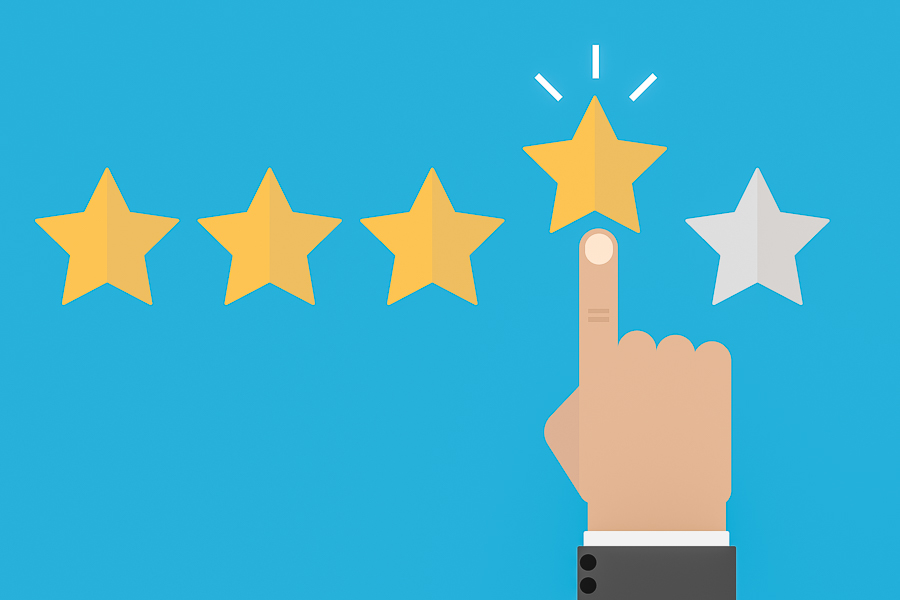 Consumer ratings systems might not be in brands’ best interests Image: Shutterstock

Online ratings systems are a function of life in the digital age, and they have clear utility for consumers looking to make decisions about what to buy and from whom. So for brands, the value in receiving high customer ratings is abundantly clear — even if it is an essentially one-sided process that confers power and influence on the consumer.

In recent times however, some brands have taken the novel step of rating their customers. Airbnb and Uber, among others, have instituted online systems that allow service providers to assign scores to guests or passengers after a stay or a ride, effectively turning the tables on the end-consumer and making feedback a two-way street. And they do it for a number of reasons.

Misbehavior, ratings and the effects of both

Poor consumer behavior is as pervasive as it is costly to businesses. Whether it’s anti-social language or acts, making unfounded or illegitimate complaints, causing damage, theft or even outright physical violence, customer misbehavior is an increasingly significant issue. For brands like Airbnb and Uber, in which a service provider acts as a middle point between the organization and the end user, there’s also an imperative to prioritize the needs of homeowners or drivers and keep them happy and motivated.

Digital platforms provide multiple touchpoints between end users and service providers. These platforms streamline transactions and enable engagement, making it simple to rank, rate and evaluate products, services — and consumers. And by rating consumers, companies have the capacity not only to identify those they do not wish to keep, but to motivate others to behave well. As Uber states on its company website: “Providing a rating fosters mutual respect between riders and drivers.”

New research by Tami Kim, Lalin Anik and Luca Cian suggests that, in reality, consumer ratings systems might not be in brands’ best interests. In fact, they find that in ranking their customers, brands might actually be alienating them and even driving the very behaviors and outcomes they are looking to curb.
The Reality of the Response

Kim, Anik and Cian ran a number of experiments to see how people react to being ranked and rated — and how their attitudes and behaviors might change in response to receiving a low score. Their results were detailed in “Feedback as a Two-Way Street: When and Why Rating Consumers Fails,” published in Marketing Letters.

Also read: How to appease your customers after your algorithm rejects them

First off, the researchers were keen to see if the sheer novelty of being rated engenders mistrust and even resentment in customers, as they are simply not used to it. Then there’s the fact that people don’t like being judged — human beings have an inherent aversion toward being evaluated that can translate into negative outcomes, especially if they’re unsure of how fair or legitimate the evaluation processes are. And finally, there is the old adage that “the customer is king.” Consumers historically feel a sense of entitlement — a deservingness — in return for their patronage. Kim, Anik and Cian wanted to know if getting a low ranking could be seen as somehow out of kilter with the very fact that consumers pay for a service or product, therefore encouraging them to act out or misbehave in future encounters with the firm.

To tease these elements apart and determine what affects customer conduct, the researchers ran three studies looking at how people reacted across a range of simulated scenarios. They compared the extent to which three factors — how consumers felt about being ranked in general, their previous experiences of being ranked by brands and how receiving what they perceive as poor scores — affected their subsequent attitudes and behaviors.

The findings and implications

Across the board, Kim, Anik and Cian found the same thing. While people were more or less comfortable with the idea of being rated in some way, when they got low scores — ratings that they perceived to be out of sync with their expectations or feelings about themselves and the score-giver — they were significantly more inclined to react badly and to misbehave.

In fact, in their second study, in which participants assigned the role of “customers” were permitted to “punish” score-givers acting as “service providers” in some way — by ascribing them a difficult or unpleasant task, for instance — the researchers found that customers who received a low score were a stunning 82 percent more likely to enact that punishment.

Ultimately, Kim, Anik and Cian warn that customer rankings systems can backfire. Worse still, implementing these practices haphazardly and without due thought about the risks or unintended consequences may mean putting frontline employees into more hostile environments with end users — a danger that could, in turn, lead to significantly greater employee disengagement and turnover.

Also read: When do we identify with the bad guy?

While there are strong arguments in favor of instituting two-way ratings systems, they should be used with caution. Lyft, for instance, is selective about revealing its consumer ratings: Only those customers with the highest ratings get to see their scores. While this is an interesting approach, the researchers warn that savvy employees might seek to simply circumvent the process by assigning good ratings to all customers to avoid hostility or poor outcomes — something that effectively undermines the purpose of consumer rating in the first place.

Two-way ratings systems can provide valuable data to firms, helping them to make choices and to safeguard the well-being of employees, say Kim, Anik and Cian. But they can result in unintended, negative downstream consequences if used without due care. Customer rankings should be very much a case of caveat venditor: Let the seller beware.

Tami Kim, Lalin Anik and Luca Cian co-authored “Feedback as a Two-Way Street: When and Why Rating Consumers Fails,” which appeared in Marketing Letters.