The rise of the ecommerce enablers

With the ecommerce market booming, ancillary firms that provide logistical support from payments to delivery are becoming an investor destination 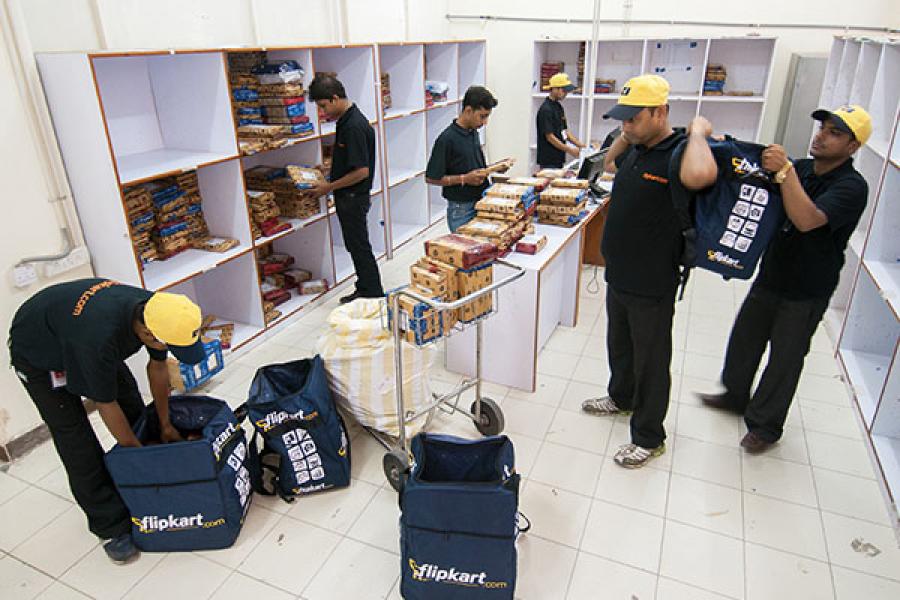 Image: Amit Verma
For ecommerce firms, the realm of competition has shifted to who can provide ease of service, accurate shipping updates and fastest delivery of goods

On September 8, 2014, the Gurgaon-headquartered startup, Delhivery, raised nearly Rs 210 crore from a group of investors led by private equity (PE) firm Multiples Alternate Asset Management. A day later, Mumbai-based Ecom Express raised about Rs 100 crore from another PE firm, Peepul Capital. Both Delhivery and Ecom Express specialise in handling back-end operations for ecommerce firms. On the face of it, the two deals seem fairly unremarkable. After all, an investor backing a potentially profitable business that is looking to scale up is par for the course. These transactions, however, underscore a silent trend in an ever-expanding ecommerce market: The growing importance of enablers who can make or break an online business.

In 2014, there were four such deals worth $53 million compared with the two deals worth $6 million in 2013, according to estimates by VCCEdge that tracks investment activity in the country. In other words, the ecommerce logistics-enablers arena has seen deal values rising by 783 percent in the last two years.

The Indian ecommerce industry, now valued at $17 billion, is likely to clock a compounded annual growth rate (CAGR) of 35 percent and cross the $100 billion-mark in value over five years, according to a December 2014 study conducted by the Associated Chambers of Commerce & Industry of India (Assocham) and PricewaterhouseCoopers (PwC). With online retail firms hitting revenues of as much as $100 million in a single day (Flipkart’s Big Billion Day sale, for instance), ancillaries to these businesses such as logistics, packaging, vendor and inventory management, fulfilment solutions, technology, handling cash-on-delivery (CoD) and returns on goods have become a necessity. And PE firms have taken cognisance of this.

This trend benefits both, investors and enablers. Experts say ancillaries are a good opportunity for investors who missed out on the ecommerce boom or don’t want to be party to hefty valuation games. Vineet Toshniwal, managing director of Equirus Capital, argues that investors are not interested in backing the number four or five players in spaces that have already seen the emergence of established market leaders. “The perceived market size of ancillaries is smaller and large PE firms are not investing there, yet. Once these companies reach a certain scale, large funds will jump in,” he says. Incidentally, Equirus Capital is helping an ecommerce enabler firm raise $100 million.

The foundation of the ecommerce retail model is technology and logistical solutions, and logistics infrastructure needs to be set up to enable growth in this sector, says Suvir Sujan, co-founder and managing director, Nexus Venture Partners. The venture capital firm has invested in ecommerce enablers such as Delhivery and Unicommerce. “Fragmentation of customers, CoD management and keeping costs low, all require innovation. Those who can come up with delivery models that can meet these needs efficiently will be successful,” says Sujan, adding that automation in marketing (to decrease the cost of acquiring new customers) and supply chain (to ensure that the products a customer sees on screen are not out of stock) are key areas of innovation.

Investors say firms can no longer compete by sheer volume alone. The realm of competition has now shifted to which company can provide ease of service, accurate shipping updates and fastest delivery of goods, consistently. Negligible or zero shipping charges, timely doorstep delivery, traceability solutions and convenient reverse logistics have become the most important elements of differentiation for providers.

Srini Vudayagiri, investment director at Peepul Capital, says, “The focus on ecommerce enablers is an evolution.” He cites the growth of the auto and telecom sectors, which saw the growth of cohesive and ancillary players such as auto components and telecom towers businesses. “We are seeing a similar evolution in the ecommerce sector. First, we saw the progression from an inventory-led model to a marketplace model in horizontals (online bazaars that sell everything from apparel and books to smartphones and health supplements). Then came the verticals with a focus on niche online stores, and now, we have ‘first mile’ and ‘last mile’ enablers and payment solutions,” he says.

First mile refers to services such as connecting a vendor to the marketplace, quality control and vendor and inventory management. Last mile enablers offer services to personalise the shopping experience and facilitate different payment models, including CoD.

The good news is that the business of ecommerce ancillaries can accommodate multiple players. “It’s a nuts-and-bolts industry. There are three stakeholders: Customers, etailers and vendors. And it’s all about seamlessly weaving them together. It’s not a one- or two-pony game,” says Vudayagiri. He adds that most etailers, if they don’t already have their own logistics arms, typically prefer doing business with two to three firms they can rely on. Mukul Gulati, India head of PE firm Zephyr Peacock, however, predicts that the delivery space can accommodate only a couple of large firms, while warehousing, a hyper local and specialised business, will see multiple players across India.

The downside is that in terms of profit, logistics tends to be a low-margin business. The most efficient, traditional logistics companies have low-teen to mid-teen Ebitda (earnings before interest, taxes, depreciation, and amortisation) margins. But the high volumes compensate for this. “We are very closely looking at this space, particularly logistics. Scale is not a question for these businesses, profitability is,” says Gulati.

Apart from low margins, competition could get rough for specialised or smaller players because major logistics firms such as DTDC Courier & Cargo, Gati, and Blue Dart Express have already formed specialised units to cater to ecommerce clients. In 2013, DTDC started DotZot, a separate unit for providing logistics support exclusively to online retail service providers. Companies such as Flipkart and Amazon have in-house logistics arms, eKart and Amazon Logistics, respectively. In fact, Flipkart has even started extending its logistics services to other etailers.

Experts have identified three types of logistics companies that are emerging in India: Independent players like Delhivery, captive units (logistics arms of ecommerce firms) and traditional firms such as Blue Dart. But this may soon change. The popular consensus is that the market is expanding fast enough to facilitate the rise of at least another three large independent logistics firms.