A ground report from the long-held Congress bastion, snatched away by BJP MP Smriti Irani 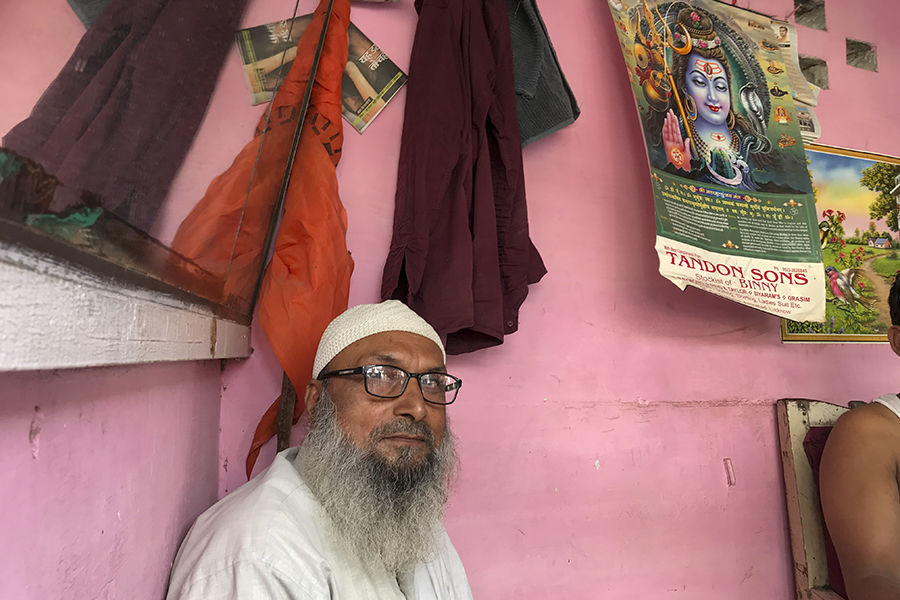 8 am: Soni market, Amethi
The day has begun quite early for Nazamuddin Ahmed. It’s Thursday, May 23, and it’s D -Day. The counting of votes is about to start in an hour at 8 am. Sixty-eight-year old Ahmed is sitting placidly at a tiny barber shop in Soni market, Amethi, over 130 kilometre from the capital city of Lucknow. A calendar, with a protruding image of Lord Shiva hangs from one of the pink walls of the cramped parlour. Three rickety chairs are placed next to each other. A jaded plastic water spray bottle, an old razor and a pair of scissors lie on a small table. The bespectacled maulana, dressed in a stone-grey kurta and a neat skull cap, teases the owner of the shop. “Rashid,” he takes a jab, “Get rid of the old stuff. And also buy a table fan for your salon.” The summer, the old man continues with his unbidden counsel, is turning out to be cruel. “Chacha,” replies an annoyed Rashid. “You know I am emotionally attached to the razor. It was used by my father.” Maulana pauses for a second, wipes his forehead with a towel, and gets into a prophetic mode. “Amethi,” he foretells, “Will get rid of the old today. You should too.”

Created as a Lok Sabha constituency in 1967, Amethi has always been a bastion of the Congress party, except for a few odd years in the late 70s and 90s. “Aapne Berlin Wall ka girna suna hoga (You must have heard about the fall of Berlin Wall),” says the Maulana. “Aaj Amethi Berlin Wall ho jayegi, (Today is Amethi’s Berlin Wall’s day),” he predicts. A few saffron flags, tied on the rooftops of buildings that dot the market’s narrow lane, flutter in the gentle morning breeze. He explains why Bhartiya Janta Party (BJP) MP and top contender Smriti Irani, who doesn’t have any historic ties with the Lok Sabha constituency, is geared to create the biggest upset of the Lok Sabha elections. “The Gandhis,” he says, “adopted Amethi. But Irani treated Amethi as her family.”​ 8.30 am: Gauriganj
Thirteen kilometres from Amethi, the counting of votes is underway at Indira Gandhi Post Graduate College in Gauriganj. Early signs of Maulana’s prediction are just about visible. Irani is leading by 19 votes. Back in Amethi, Maulana is unperturbed with the slender margin. ”These are early trends. Wait, it will snowball into something massive,” he says confidently. Rahul Gandhi, he says, should not have “deserted Amethi by running away to Wayanad in Kerala”. “Amethi had emotional ties with the Gandhis. And one must not play with emotions,” he quips. The plucky Irani, he says, lost the last election but, but remained in touch with the region. “She built a bond, and she knows how to preserve it. Rahul inherited it, so he frittered it away,” he rues. Maulana, one of the odd-Muslim voters to back the BJP in the market area, has been at the receiving end of his community. “I was treated as an outcaste. My community members threatened me,” he says. The grizzled man, however, believes that Modi has not done harm to Muslims in the last five years as Prime Minister. “Give him another term, he will continue with his good work,” he says. 10.30 am: Gandhi Chowk
Just a kilometre away from Soni Market is Gandhi Chowk. Babban miyan, a potato retailer, roots for Gandhi. “He is the pride of Amethi,” the 55-year-old businessman claims. The Gandhi family, Baban continues, has given Amethi an identity, respect and pride. 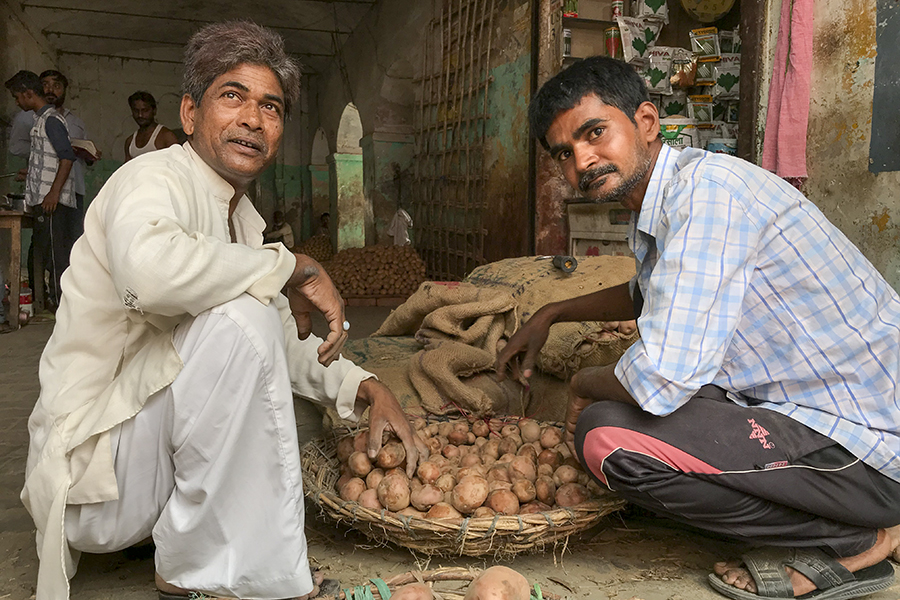 “Irani can play tricks but Amethi can never desert the Gandhis,” he mutters. Babban’s trust in Gandhi also highlights the sharp religious polarisation that the state has undergone over the last decade or so. Gandhi Chowk, he says irritatedly, is not the location’s original name. “It’s Jama Masjid chowk,” he thunders, as a muezzin's call for prayer from an adjoining mosque reverberates through the market area. Diametrically across the road is an unassuming food cart vendor Dinesh Kumar. From over 3 lakh in 2009, the victory margin for Rahul Gandhi slipped to over a lakh in the 2014 election. “This was a warning sign he dangerously ignored,” he says. “This time, he will pay a price for not doing anything for Amethi for 15 long years,” Kumar adds. The strong undercurrent of anguish, he says, could demolish the dynasty. 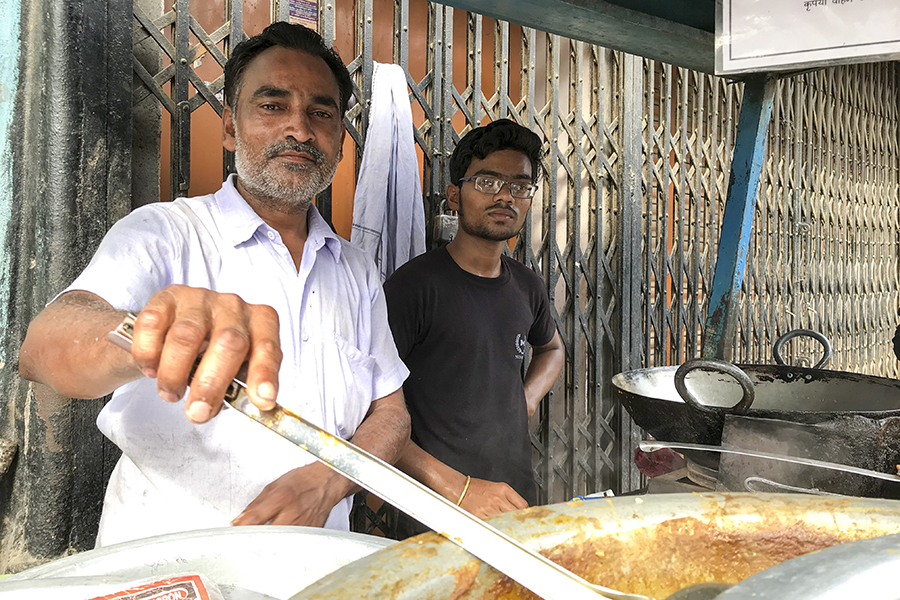 
Meanwhile, Irani extends her lead by over 1,700 votes. With over a dozen more counting rounds to go, the fight promises to be close. At 35 degrees, the heat is on in Amethi. Bharam Raj Gupta can’t handle it. A Hanuman temple, next to the grocery store owned by Gupta, becomes the 52 year old’s respite. “I will donate food and clothes to 1,001 priests if Gandhi manages to retain,” he prays feverishly. 11.30 am: Gauriganj
Sandeep Singh, who recently graduated and is now preparing for a competitive exam for a government job, is confident of Irani’s victory. Singh’s reasons, though, are different. “Pappu toh gayo (Pappu is gone),” he says. “People in Amethi are not idiots. The era of dynastic politics is over. The Gandhis always treated Amethi as their ancestral property, but never worked for the place or the people,” he says. “What did they do in 55 years? Nothing.” 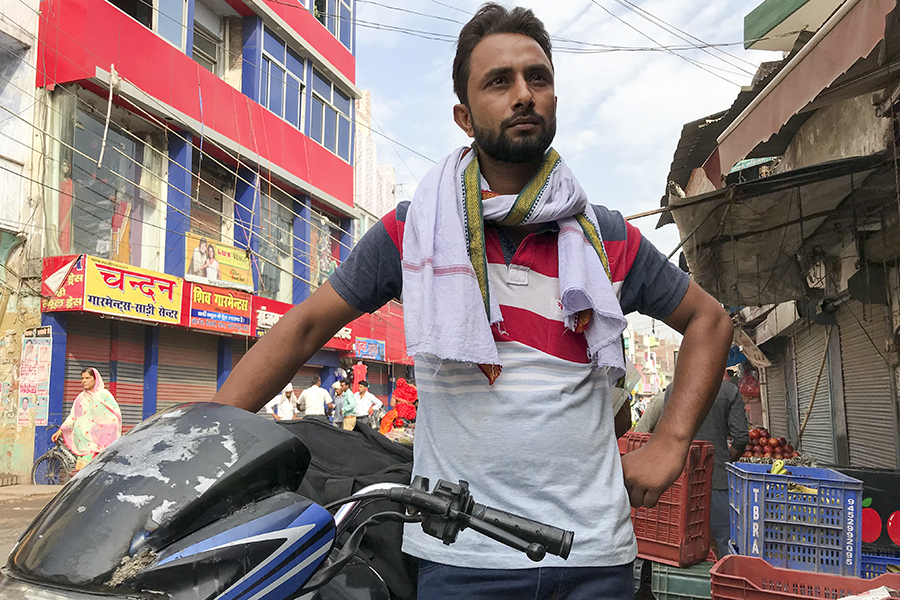 He feels a sense of betrayal. “We won’t give him another chance,” he adds. By now, the feisty BJP leader manages to leapfrog her lead over Gandhi to 7,000. Over the next two hours, however, the gap slips to just 2,600. Gandhi, it seems, was set to stage a tenacious comeback to hold on to his family bastion, of which he got control in 2004. The 48-year-old politician too has his share of ardent followers. Ram Shankar Chaurasia is one such staunch fan of Gandhi. Amethi, he explains, doesn’t have an identity without Gandhis. “Wo chehra hain Amethi ke (he is the face of Amethi),” says Chaurasia, who owns a bite-sized betel shop. Is an MP solely responsible for developing the constituency?, he asks. “What about the successive Samajwadi Party (SP) and Bahujan Samaj Party (BSP) governments that had ruled UP for so long,” he says. It’s not fair to blame the Gandhis for all of Amethi’s ills, he says. 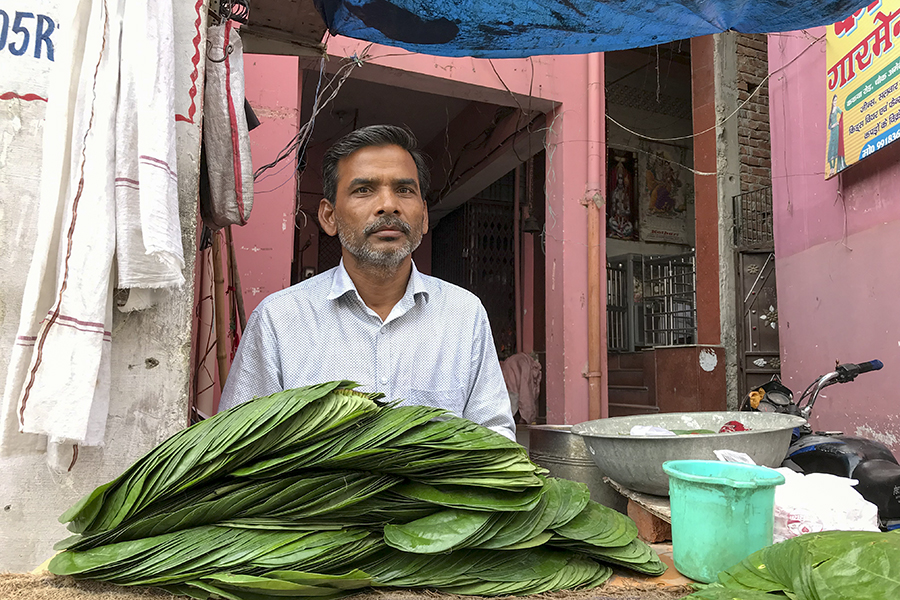 The religious polarisation of the state, reckon political analysts, also unleashed a simultaneous sharp division of opinion about two political personalities: Rahul Gandhi and Narendra Modi. The neo-aggressive avatar of Gandhi, says Anurag Mishra, an independent political commentator in UP and professor of political science at a state-run college, didn’t help rejuvenate his sagging image. The barb of ‘chowkidar chor hai’ also boomeranged. Taking a high moral ground on corruption and trying to corner Modi on the Rafale deal didn’t work. Rahul’s waning popularity in Amethi, adds Mishra, is not so much because of his weakness against Irani. “It’s largely because of his uncalled for adventurism in taking on Modi,” says Mishra. “Toilets and providing LPG to poor women changed the game. Calling the party out on Rafale when their own party has had dubious records showed double standards.”   4 pm: Soni Market
As the counting progressed, the fear of the inevitable loomed large. Irani consolidated her lead to over 20,000 votes. Amethi, one of the two last bastions of Congress, unconquered over the past five decades, was about to slip out of the Gandhi’s fist. The reality had just hit Deepak Dubey, a sand contractor in Amethi. A Gandhi loyalist for three decades, Dubey laments the demise of Gandhi’s prominence in national politics. “One can’t live in denial for long. Congress, unfortunately, did this for far too long,” he says. “They are well-equipped to run the country, but arrogance set the rot within the party,” he says. Gandhi’s absence from the state during campaigning, and especially on the day of polling, led people to believe that their bond was broken. “People felt Gandhi abandoned them by going to Wayanad,” says Dubey. “The accusation that Gandhi is the lapata (missing) MP from Amethi too hurt his credibility.” 6 pm: Delhi
Finally, the moment of reckoning came a few minutes before 6 pm. A dejected Gandhi hurriedly summoned a press conference and conceded Amethi to Irani. The Congress is reduced to just one seat in a state that has 80 MP representatives in the Lok Sabha. Meanwhile, Maulana looks smug. His reading of the political situation has left everybody stumped. What was expected to be a photo-finish turned out to be a comfortable victory for Irani, who was leading by over 50,000 votes by 8 pm. “Gandhi didn’t lose Amethi. Irani snatched it from the Congress heavyweight,” reckons Maulana. As the day comes to an end, the dynastic rule of Congress in Amethi too has been buried. Gandhi is now part of history, and Amethi gets ready to begin a new chapter with Irani. As the sun sets on Amethi, it dissolves its ties with the Gandhi scion into the night.

Tweets by @forbes_india
Innovation: The distinction between a leader and a follower
Moneyball: Bang for the buck