Over the last three years, things have turned a little sluggish for cola companies 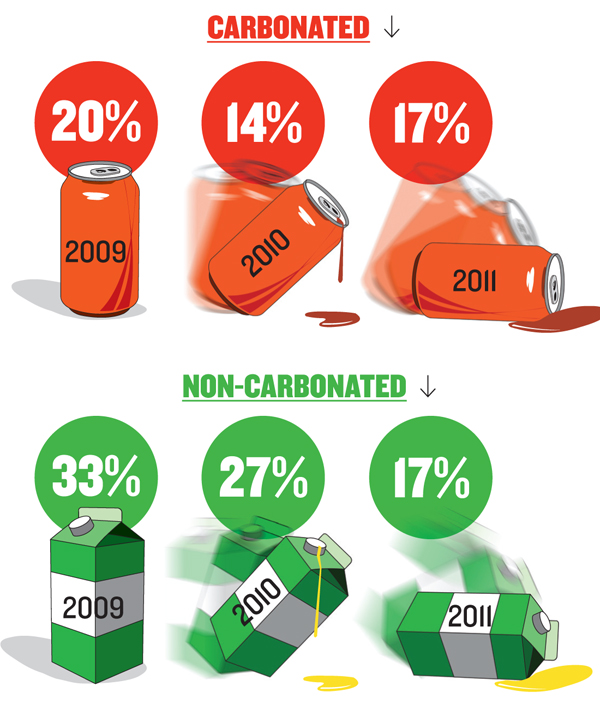 With Indians consuming only 11 bottles of Coke per year compared to 675 in Mexico, cola companies know there is huge room to grow. Growth over the last decade hasn’t disappointed; but over the last three years, things have turned a little sluggish. In 2009, the carbonated soft drink market grew at 21 percent. Industry watchers say that this was primarily because more people took to consuming beverages at home during the slowdown. Over the next year, growth fell to 14 percent before recovering to 17 percent last year.

Move over to the juices category and the contrast is even starker.

In 2009, the segment grew by a whopping 33 percent, aided primarily by new launches and promotions. Over the next two years growth was down to 27 percent and 17 percent respectively.

Tweets by @forbes_india
Will N Srinivasan Save Indian Cricket?
Startrek-TNT's Next Generation