Amir Khan: Not quite on the ropes yet 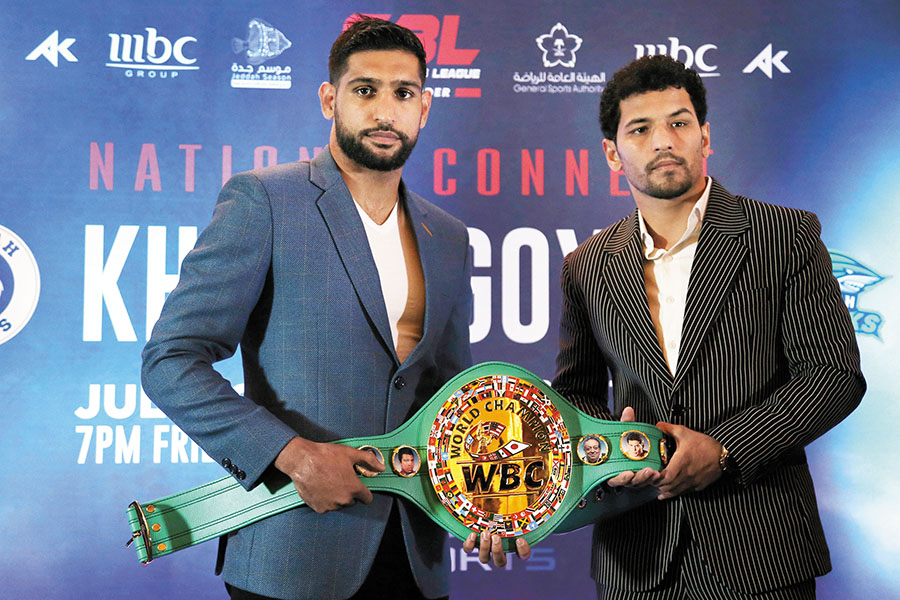 Amir Khan poses with Neeraj Goyat during a press conference in London in June. The British boxer will fight his Indian opponent in Saudi Arabia next month
Image: Nathan Stirk/Getty Images