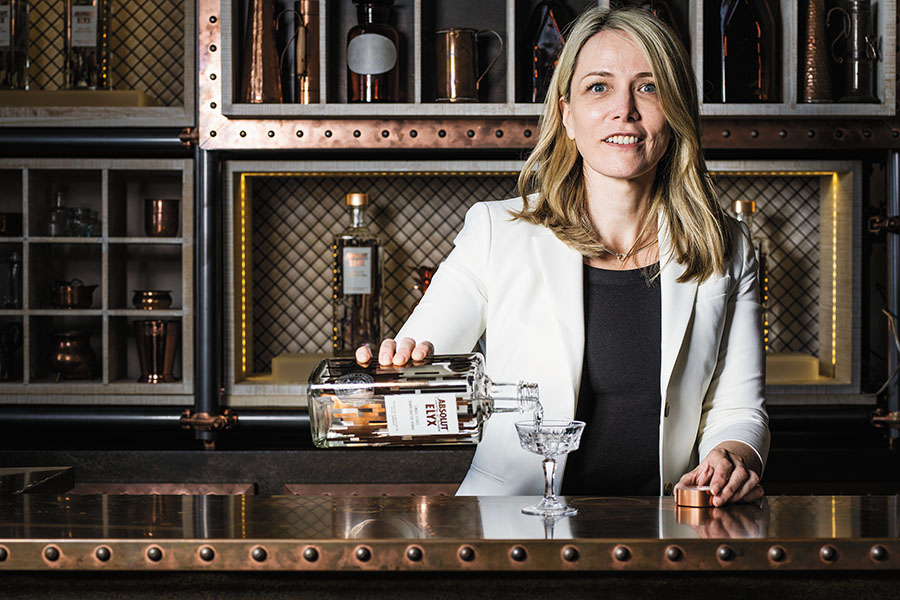 Absolut is almost synonymous with vodka, globally. The vodka brand by Pernod Ricard, and produced near Åhus in southern Sweden using wheat grown from around the town, is the world’s fifth largest spirits brand. In India, the company has been growing at a compounded annual growth of 12 percent for the past five years. In an interview with Forbes India, Anna Malmhake, chairperson and CEO of The Absolut Company, talks about the brand’s India plans and why the company continues to produce from Åhus, instead of setting up production facilities around the world. Edited excerpts:

Q. How exciting is the India market for you?
India is an interesting market for us. Absolut is in around 150 markets around the world and India is among the top 20 for us. It has been growing in double digits for a few years now. It’s also a market, not just for numbers, but where the brand seems to have a lot of affinities. I’ll give you one example. We have been running a global creative competition in 19 countries, and the third highest number of submissions came from India. So we are really happy about that. There seems to be something about what the brand stands for, that connects really well with India. What the Indian team has been working on is also something that is world class. Q. What has changed since your last visit here?
There is growing affluence. So, the trends work for us as well. If you look at it from the brand side, the creative heritage, which isn’t just art, has been about progression and opening opportunities for people, and something in that connects really well. And I think since my first visit to India, now when you go out in Delhi to a nice cocktail bar, there is a high level of knowledge. That wasn’t the case earlier. Now I pick up things here, which I don’t see elsewhere. India is now at the forefront. Q. But there will be challenges, especially with prohibition and the like?
Given that we are in so many markets and some of them by definition are so big, they, kind of, have subsections. You don’t think of it from the outside, but the US too has different alcohol regulations per state. For us, it’s just to accept because the local people know better what they need to do. For us, India is big, and you encounter different rules. That’s not strange at all. And then if you work in the alcohol sector you will realise that there are so many different types of regulations. You just have to keep up.

“ Absolut is in around 150 markets around the world and India is among the top 20 for us. It has been growing in double digits.”


Q. Do you have plans to grow like Smirnoff, which is the largest vodka brand in the world?
Oh, I want Absolut to become the biggest brand in the world. So here’s the interesting thing with us. It is what makes us different from other competitors in the vodka field. Everything that we do is done in this small town or village depending on your perspective, with 10,000 inhabitants. That’s that. Everything we buy is from the farmers we know within a radius around us. That’s what I want to continue to grow and build. Many vodka competitors will be making their products in 15 to 20 places around the world. But we can control absolutely the quality of what we do. So we want to grow with that ethos.  Q. What is your sense of the tier II and tier III markets in India?
I am sure, given the development in India and the type of progression, development will keep happening in other cities and towns eventually as well. India is large and so, of course, there is huge potential going forward. What we want to do is to continue what’s been working really well. We’ve had double-digit growth for about four years. If you look at the events we do in bars… all of that is working, so we want to continue doing that. We are happy with where we are right now, and we don’t really need a change in strategy. Q. Will you be launching new flavours?
So you come to the interesting thing with Absolut! Given that we’re in so many markets, we have a huge portfolio. We always have a lot of things that the Indian team can decide they want to start importing. But I don’t always know exactly what that will be, because we really try to stay at the forefront. So if I give you an example, we launched for the US market an Absolute lime version and I didn’t know if that would end up in, as it now turns out, almost 50 markets really quickly. So it will be very much up to the Indian team, and that will follow what people are requesting here in India, their flavour interests, their format interests and so on. That’s the nice thing with being a big global brand—you have a huge portfolio.