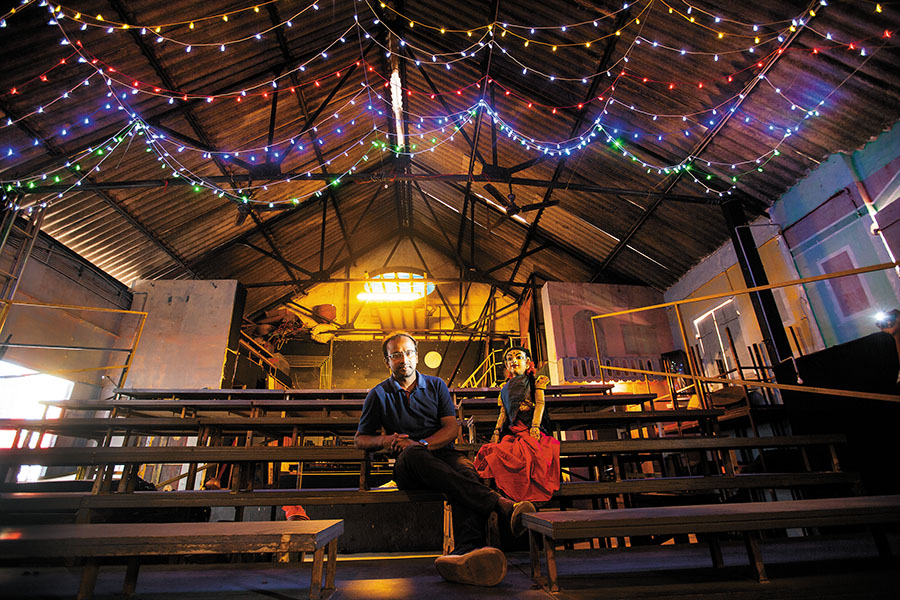 Although the accolades have piled up in recent years, Valavane’s troupe has, for more than a decade, quietly been at the forefront of theatrical experimentation in the country, infusing the traditional with the contemporary, while unobtrusively operating from a secluded vantage, and building a loyal audience base to help sustain a decidedly offbeat venture. The unassuming Valavane’s journey is full of serendipitous signposts, but underlining it is a doggedness that is the mark of a true artist. Valavane’s interest in the performing arts wasn’t exactly sparked early. His grandfather, a policeman, had once been part of a therukoothu (Tamil traditional street theatre) troupe, but that was never talked about. “It wasn’t considered respectable, and dismissed as a ‘local village thing’,” remembers the 46-year-old. He grew up in coastal Karaikal, an erstwhile French territory, and the government school he attended as a child was a rare institution in which the medium of instruction was French. It was a creaking relic of Jawaharlal Nehru’s Francophilia, run by Indian teachers whose command over the language left much to be desired. It did, however, engender within him an eagerness to experience France first-hand: “I was obsessed with the country. Everyone talked of Paris and the Eiffel Tower, and relatives brought back chocolates and trinkets.” Wary at first, his father finally relented to sending him abroad to study in 1987; for a 14-year-old it was like walking into a museum of treasures. But the dismal living conditions he endured in Sevran, a commune in a northeastern Parisian suburb, soon brought him down to earth. Although he dabbled in theatre at school in Paris, it was only while he was a student of science at the University of the Mediterranean Aix-Marseille (in the south of France) that he formed a group, meeting at 7 pm on Tuesdays for rehearsals. In 1995, he helmed a compendium of short pieces, Huit Pièces (Eight Pieces), which debuted at an abandoned college building. Later, the fledgling outfit started touring villages around Marseille. Although his lack of formal training did little to stem Valavane’s enthusiasm as a director and actor, the impasse between his practice and knowledge led him to voraciously devour books on theatre, spending long hours in libraries. He clearly remembers one moment of truth from early 2001, when he encountered a photograph of an expressive flax-haired woman, faintly resembling Indira Gandhi, and holding a puppet. She was Ariane Mnouchkine, the legendary stage director. An emotionally charged Valavane felt propelled by an inexplicable force of compulsion to catch a flight that very day, and travel 800 km northwards to Vincennes in eastern Paris, where Mnouchkine ran her avant-garde company, Théâtre du Soleil, at La Cartoucherie, a former munitions factory. 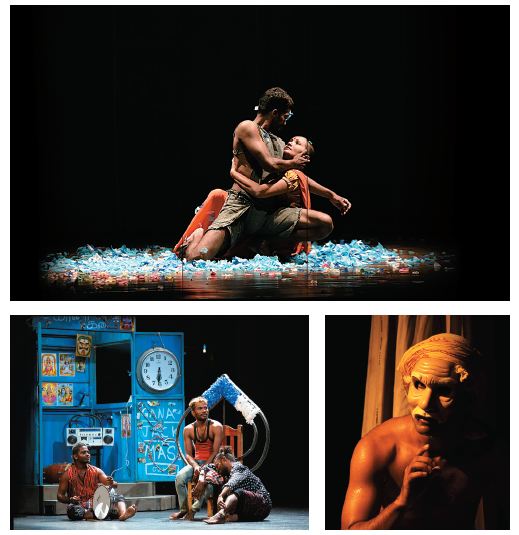