Of bags and baggage: Travel writers on packing and unpacking 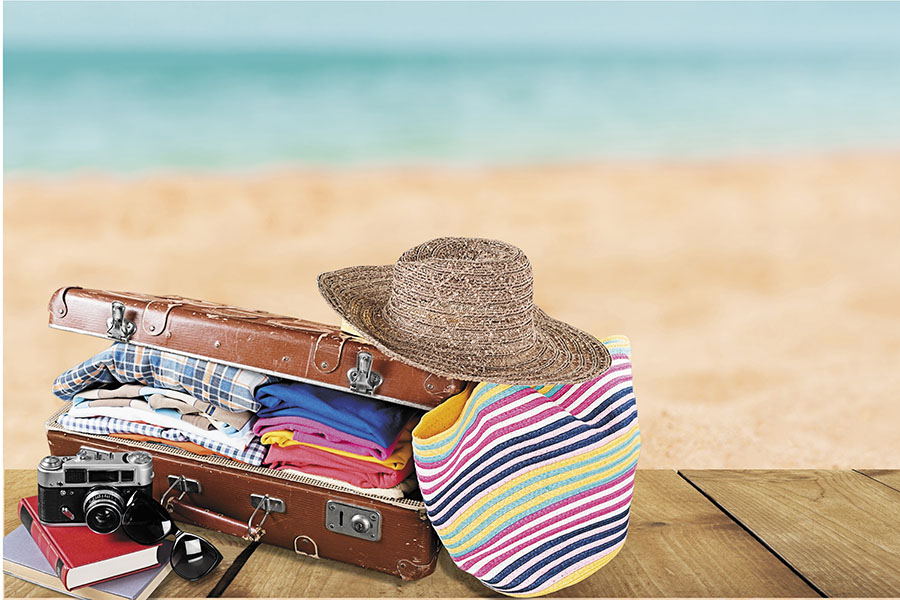 When she graduated from high school, travel writer Frances Mayes was given a set of leather luggage by her mother. “It was smoky blue leather with my initials stamped clearly in silver, FEM,” she writes in the book The Best American Travel Writing. “A large, a medium and a round bag, all lined in quilted satin. I was ready to go.”

The suitcase, in a sense, lies at the heart of travel. Not until the bag is packed does the idea of travel become real—that one is going. And whether one is headed out or is coming back, the acts of packing and unpacking are invested with emotion. Because sometimes one packs with gladness and anticipation, sometimes with sorrow. Sometimes one, as German writer JW von Goethe did when he went on his Italian Journey, packs with a heavy heart, and sometimes light. When he was leaving, he writes, he did not want to be detained by friends, so he quietly and quickly left. “I packed a single portmanteau and a valise, jumped into the mailcoach, and arrived in Zwota at 7.30.” Later in the book, packing, he writes, is no trouble. “I do it with a lighter heart than I did six months ago when I severed my ties with all that was dear to me.”

It’s also, of course, about what you carry and how much. Some people tend to travel heavy, some prefer to keep it light. Indians, it would seem, veer towards the heavy. “The lumbering express that bisects India, a 1,400 mile slash from Delhi south to Madras, gets its name from the route,” points out Paul Theroux about the Grand Trunk Express in his book The Great Railway Bazaar. “It might easily have derived it from the kind of luggage the porters were heaving on board. There were grand trunks all over the platform. I had never seen such heaps of belongings in my life, or so many laden people: They were like evacuees who had been given time to pack, lazily fleeing an ambiguous catastrophe. In the best of times there is nothing simple about an Indian boarding a train, but these people climbing into the Grand Trunk Express looked as if they were setting up house—they had the air, and the merchandise, of people moving in. Within minutes, the compartments were colonised, the trunks were emptied, the hampers, food baskets, water bottles, bed-rolls, and Gladstones put in place.”

Travellers, it would seem, do like to make themselves at home wherever they are, perhaps seeking the familiar in an unfamiliar place. As Bill Bryson writes in Notes from a Small Island about settling down in his hotel room on a visit to a seaside town:  “I unpacked my rucksack with deliberative care, draping wet clothes over the radiator, laying out clean ones on the bed with as much fastidiousness as if I were about to go to my first high-school prom, arranging a travel clock and reading material with exacting precision on the bedside table, adjusting the lighting to a level of considered cosiness, and finally retiring, in perky spirits and with a good book.”

Because people often carry a few things they cannot do without, that remind them of and make them feel at home. And yet, at other times, they bring home to others, by joining people and places, functioning, as Pico Iyer puts it in his essay ‘Why We Travel’, almost as carrier pigeons. “An anti-Federal Express, if you like—in transporting back and forth what every culture needs. I find that I always take Michael Jordan posters to Kyoto, and bring woven ikebana baskets back to California,” he writes, adding that when he was travelling to Cuba, he invariably had a suitcase piled high with bottles of Tylenol and bars of soap, and came back “with one piled high with salsa tapes, and hopes, and letters to long-lost brothers”.