How the firm pivoted to produce much-needed ventilators, all-electric vehicles 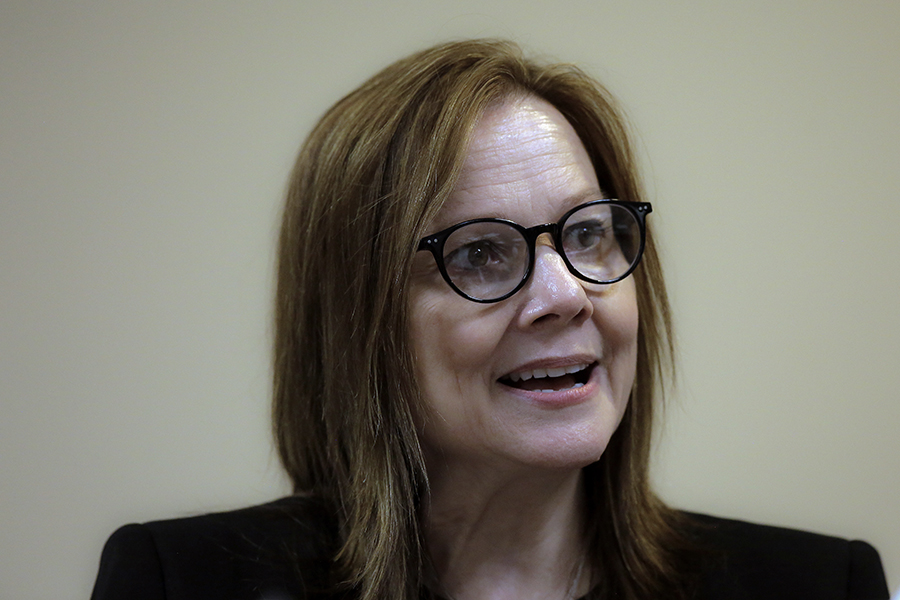 When Mary Barra, chair and CEO of General Motors, first saw the company’s dress code, she did what she does best: cut through the noise and deliver a solution. A set of rules that previously exceeded 10 pages now reads simply, “dress appropriately.”

Although only one example in her 40-year career with GM, Barra’s instinct to question the status quo has helped her lead the firm through new challenges. In just the past few years, those challenges included working with activist investors, developing an all-electric vehicle fleet, producing ventilators, and a reckoning with racial injustice in the U.S. – all while keeping employees safe during a pandemic.

Speaking with Dean Bill Boulding for the Fuqua School of Business Distinguished Speaker Series, Barra described how to steer an organization through rapid change where many elements may be undefined.

“You’ve got to have a great team. What enables us to go fast is valuing diversity – and it’s diversity of thought, experience [and] perspective” – that helps GM make strong and insightful decisions, she said.

Working at ‘ventilator speed’
One of the proudest examples, Barra said, was GM’s collaboration with Ventec Life Systems, a Washington-based company, to increase its production from 250 to 10,000 ventilators a month to avoid a COVID-19-driven shortage of the life-saving devices.

GM and Ventec brought their teams and suppliers together to break through bottlenecks and source the more than 300 components that make one machine. However, one part, similar to an auto transmission, was difficult to source, so GM engineers redesigned it so it could be manufactured at an old GM factory in Indiana. Hundreds of workers were trained to help manufacture the machines, all wanting to help their country and communities during the pandemic.

That fast-action, mission-driven mindset has been encapsulated in a new slogan, Barra said: “ventilator speed.”

“It’s kind of like it turns on a light bulb to say, you’re right, I’ve got to challenge every aspect to see why I can’t go faster,” Barra said. “That’s what allowed us to take time out of our vehicle development process to get electric vehicles on the road more quickly, and it’s applying across many areas of the business.”

Standing up for inclusion
One thing that helps make this all happen is diversity, which sometimes is as simple as having different people at the decision-making table, Barra said.

“When everyone comes to work, they’re valued for who they are, they can be their true self, and they can feel valued for the contribution they make,” she said (see video clip).

Diversity and inclusion have been a focus over the past year for GM as events such as the death of George Floyd created a tipping point or new awakening to racism and racial injustices in the U.S., she said. True to her engineering roots, Barra focused on breaking the problem down into its component parts.

“It definitely starts with listening,” she said. “Before you start solving a problem, you have to make sure you really understand the problem. As we started this journey [toward racial equity and inclusion] last summer, I realized I had a lot to learn.”

Barra is also leading work on racial justice and equity through leadership roles with the Business Roundtable, an advocacy group comprising CEOs from top U.S. firms. The group recently released a statement on the importance of defending and promoting voting rights.

GM also joined Michigan-based companies in a statement supporting equitable access for voters in light of proposed changes to state laws regarding voter identification and absentee ballots. Boulding noted criticism business leaders have received from those who think corporations should stay out of politics.

In a career spent developing tangible solutions, one of Barra’s best skills may be leading people to focus on a core mission – tackling new challenges even during a paralyzing pandemic.

“Empower people and get out of their way,” she said, “and they will do extraordinary things.”