Launch prices for new drugs have doubled since 2005 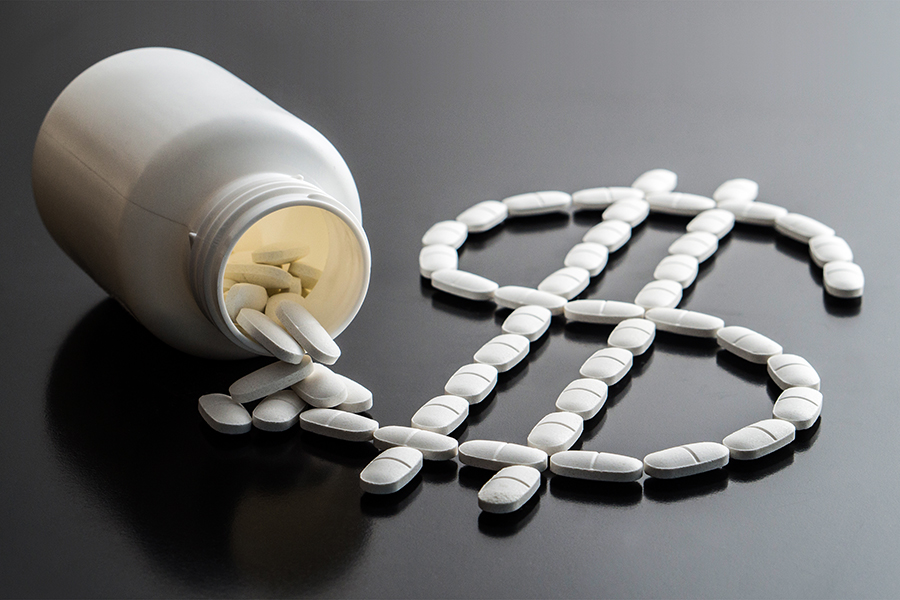 Launch prices for new drugs have doubled since 2005, according to research from Duke University’s Fuqua School of Business.

The data links the high prices to a 2005 change in the way Medicare reimburses doctors and other providers for Part B medications, which are drugs and treatments delivered in outpatient settings, said David Ridley, a health economist and Fuqua strategy professor who co-authored the research published in The Review of Economics and Statistics.

Currently, Medicare Part B pays health care providers back based on a drug’s past sales prices, plus 4 to 6 percent. When Medicare introduced this formula in 2005, it was an effort to correct flaws in the previous reimbursement policy, which was based on a drug’s average wholesale price, Ridley said.

“Medicare leaders have suspected for many years that we got the fix wrong,” said Ridley, who collaborated on the research with Chung-Ying Lee, a Duke alumnus now at National Taiwan University. “Some have proposed experimenting with different mechanisms. But small experiments won’t work. To move the market you need to implement changes at scale. That’s why we wrote this paper – to highlight flaws in the current system using theory and evidence.”

So long as Medicare reimburses providers based on cost, costs will continue to rise and taxpayer dollars will be wasted, Ridley said. Medicare Part B drug spending is close to $40 billion a year, and the issue extends far beyond Medicare, as most commercial insurers mimic Medicare policy on reimbursements, Ridley said in a live talk about the research he hosted on Fuqua’s LinkedIn page.

A ‘perverse incentive’
Because Medicare will reimburse for the drug regardless of the price, providers might have become less price-sensitive, Ridley said.

“Providers are reimbursed on a drug’s cost, so they may not be sufficiently concerned about drug costs being high,” said Ridley, who serves as faculty director for Fuqua’s Health Sector Management program. Because Medicare picks up those costs, “drug makers know they can charge high prices for provider-administered drugs.”

The researchers suggest the current policy also induces firms to front-load their launch pricing – beyond even the profit-maximizing price – in order to win higher reimbursement for providers. This prompts higher demand and willingness to pay in the future, Ridley said.

This creates what former Medicare administrator Seema Verma in 2018 called a “perverse incentive for manufacturers to set higher prices,” the researchers suggested.

New molecules start at higher prices
The effect appears most significant with new drugs based on new molecules, Ridley said.

“Manufacturers of new molecules have more freedom to launch at higher prices because they are less constrained by public expectations of what the price should be,” he said.

The policy change has also driven up prices for molecules that have been on the market for years, but are being introduced in new dosages or forms, the data showed. The researchers offered an example in budesonide, a steroid used to treat asthma and COPD, for which the acquisition price increased from $1.75 before the Medicare Modernization Act to $5.34 per milliliter after the change.

The problem will likely only grow as drugs launched since 2005 comprise a larger share of the drugs on the market, Ridley said.

Possible solutions in value-based pricing
To curb drug prices, the researchers suggest a reimbursement model based on a fixed, per-unit amount.

“Providers would be more sensitive to the price and manufacturers would have less incentive to choose a high launch price to drive up future prices,” Ridley said.

Lower prices would benefit providers, as well as patients who pay a share of the price. One option for a fixed reimbursement would be to cap reimbursement based on the cost-effectiveness of the product, Ridley suggested.

“I think the solution is to pay not cost-plus, but based on the cost effectiveness of the drug,” Ridley explained. “The British do this with some success. They pay for drugs based on value, where they measure value by the quality-adjusted life years added by the drug.”

Health care systems in many countries, including in the U.S., are moving toward value-based care, and value-based drug reimbursement would be another aspect of that reform, Ridley said.

Tweets by @forbesindia
We are fact-checkers, not news publishers, so new rules don't apply to us: Alt News to Delhi HC
WhatsApp wins in court; Omkar Pandharkame on capturing 'tacit knowledge' with AI at BHyve