Okay Google, where is my secretary?

Human office assistants face a challenge with the advent of intelligent bots. But don't write them off just yet 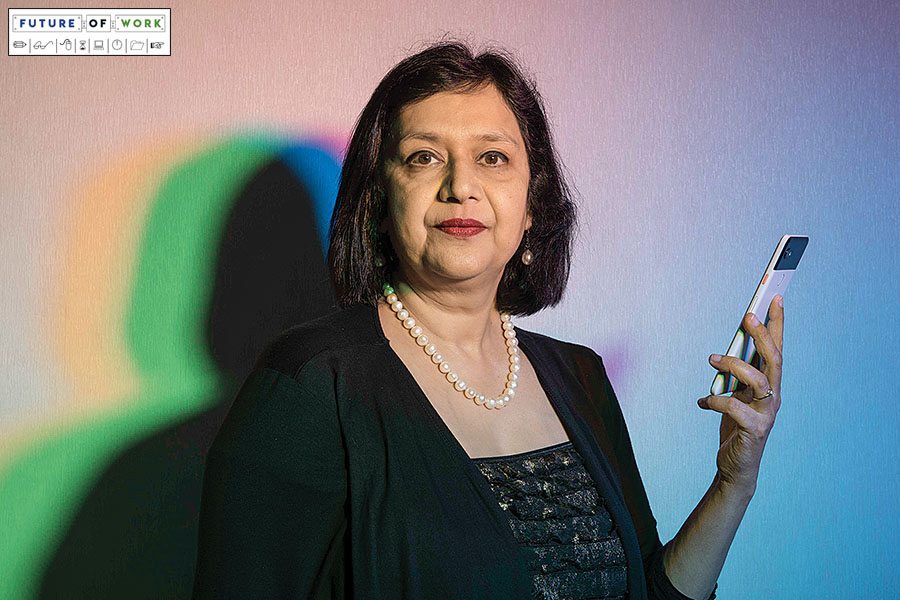 Shelly Batra saves ₹35,000 a month after doing away with her secretary
Image: Amit Verma

Two months ago, Delhi-based gynaecologist Dr Shelly Batra fired her secretary. As the co-founder of Operation Asha, a non-profit that takes tuberculosis (TB) treatment to the underprivileged, Dr Batra mainly used her assistant to type out grant applications and emails. Now, Google’s voice-to-text technology does it for her at no cost.

“I used to pay my secretary ₹35,000 a month,” she says. “As a non-profit, we’re conscious about minimising administrative costs. I tried to look for someone at a lower salary, but there was such a quality drop that I would have to retype an email after I had dictated it.”

So, when the company’s chief technology officer introduced her to the voice-to-text features on Google Docs and on her iPhone, Batra was thrilled to have found a solution. “It took me a minute to learn. It’s literally as simple as talking,” she says. “I’m no longer dependent on anyone and can work whenever and wherever I want to. I can dictate text even as I take a walk.” The saved secretary salary goes towards TB patients, she adds.

In May, Google CEO Sundar Pichai demonstrated a sci-fi-like call between a Google Assistant and a hair salon, set up to book a haircut appointment. Complete with umms, pauses and inflections in all the right places, the voice assistant sounded so human that it set off a debate on bot ethics and disclosure rules. What it also did was shake everything we thought we knew about voice assistants and their near-future capabilities—a sign of things to come.

With Amazon’s Alexa making your travel arrangements, Google booking appointments and a suite of software options to manage your schedule, is the role of the human secretary, as we know it, at risk to robots?

The short answer is yes. But it’s more complicated than that. 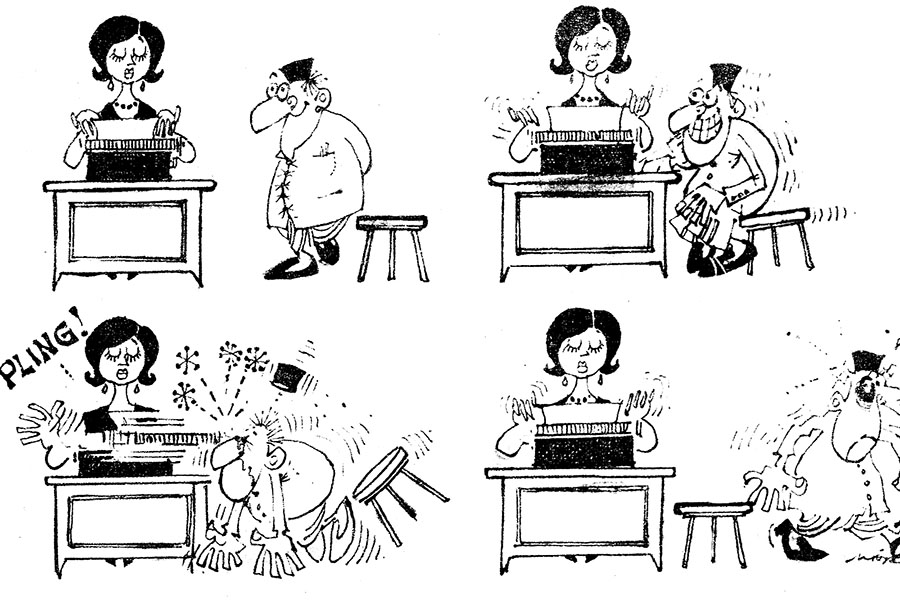 Illustration: Mario Gallery Online Store
Taking office
For Ankit Agarwal, 32-year-old founder of an indoor mapping technology company, scheduling was the most cumbersome task. Now, his company has been acquired by Dutch firm Here Technologies and, even in his new, larger role, Agarwal feels little need for a human secretary.

“Coming from a startup life, I didn’t have an assistant,” says the Chicago-based entrepreneur. “I was one of the earliest adopters of x.ai, an artificial intelligence (AI)-based personal assistant that manages your schedule. What x.ai was trying to do was eliminate the human.”

With x.ai, founded in 2014, you have a virtual assistant called Amy or Andrew. You can simply mark them on emails to schedule, reschedule, set reminders for or cancel a meeting. You can also introduce them to your colleague’s human assistant and have them take it from there: For instance, an email could read, ‘Hey Amy, please set up a meeting at Varun’s office; Nikhil is his assistant’. Nikhil, then, can respond to Amy with similar human commands, and Amy will set up the schedule without needing a person to step in. The software can understand and budget for varying time zones too.

While x.ai is growing more and more popular, it is only one of many such products out there. Agarwal, whose indoor mapping technology works to make buildings smarter, says that you could soon send a text to ‘the building’ saying, ‘I’m feeling cold’ to regulate the temperature around you. “Such tasks can definitely become fully automated, and the image of the future may well be of an office admin going away,” he adds.

Mumbai-based Haptik, a company that builds AI-powered chatbots and personal assistants, says it receives five times the chat volume than it did a year ago, and currently has about 3 million active users. “You can simply send a text and eliminate human intervention for routine tasks such as setting reminders, making travel bookings and providing customer support,” says Haptik co-founder Swapan Rajdev. “So while secretaries were typically available to a select few, now anyone can have them, at their fingertips.”

Haptik uses a combination of AI and humans, routing the more complex requests to real people. So while the bot can find you the cheapest flight from Mumbai to London, a human will take care of your web check-in, which requires the booking agent to understand your preferences. Soon, a bot could take care of that too. The company is now working on developing third-party apps for Amazon and Google, so that users can utilise Haptik’s services even on their voice assistants.

“Ironically, people increasingly prefer texting humans and talking to machines,” says Dhaval Doshi, director and founder of smarthome technology solutions company Smarthome NX. “I use Alexa as an executive assistant of sorts, more than for just scheduling and setting reminders. You can ask Alexa to set a pre-defined ‘scene’ for example; so if the scene is a conference, Alexa will automatically dim the lights, fire up the conference system and turn on the projector. All it takes is a simple voice command.”

Human touch
But all’s not lost for the human secretary. After the early half of the 20th century empowered entry-level-skilled women and men to take on the role of the secretary, this could be the coming of 2.0. With the help of technology and upskilling, the role of the secretary could evolve into one that is more complex and equipped to address interesting managerial problems. “There is no dearth of work,” says Agarwal of Here Technologies. “The secretary’s role will become more executive, making sure that the team is functioning properly.”

Says Mohit Gundecha, founder of Jombay, a talent assessment and capability building platform, “Virtual assistants are already taking care of mundane transactional elements. The secretaries can be upskilled for operations, administration, facilities roles where their attention to detail, agility and organisational skills could be well utilised. This will require upskilling on broader business context, project management and agile methodologies.”

“Without a doubt, technology will play an increasingly prominent role in the corporate world and assistants will need to be among the earliest adopters of new efficiency-boosting tools,” says Anuj Puri, chairman, Anarock Property Consultants. “While their roles will not be eliminated or diminished by bots in the foreseeable future, their efficiency in the fast-paced corporate world does depend on their ability to use such technology.”

Also, he adds, AI currently has miles to go. “Speech-to-text and devices like Alexa are known to have made stupendous errors, which the corporate world cannot afford. Secretaries are not going anywhere anytime soon, but their roles will certainly evolve.”

It comes down to one central function: Decision-making. “Technology is currently being employed to handle all the tasks with zero decision-making needs,” says Sharan Grandigae, founder and CEO of Redd, a user experience-design agency that focuses on humanising software interfaces. “In the future, the role of a personal assistant will evolve to the point where they will need to only make the right choices between ranges of options, provided by technology. So a personal assistant of the future will be assessed less on their ability to handle machines and tools and more on whether they make the most efficient decisions.”

According to Grandigae, technology like x.ai and Google Duplex are emulating human interactions. He gives the example of x.ai, which can come back with responses such as: “Sorry, Sharan isn’t available on Thursday, would Friday between 10 and 11 am work for you instead?”

“In the future, the role of a personal assistant may still exist, but what they will be handling will be vastly different from what it was in the ’80s or even what it is today,” he says.

It comes down to how comfortable you are with a machine making your decisions. “I would like a degree of control, because certain moods, mindsets and circumstances dictate your choices. In these situations, having a human ends up being more efficient,” says Doshi of Smarthome NX.

Tweets by @forbesindia
Inclusion at the workplace
As strange as fiction