The development has fueled a nasty feud within Indigenous, or First Nations, communities over whether building on what many consider sacred land would desecrate their history and culture, or uplift it 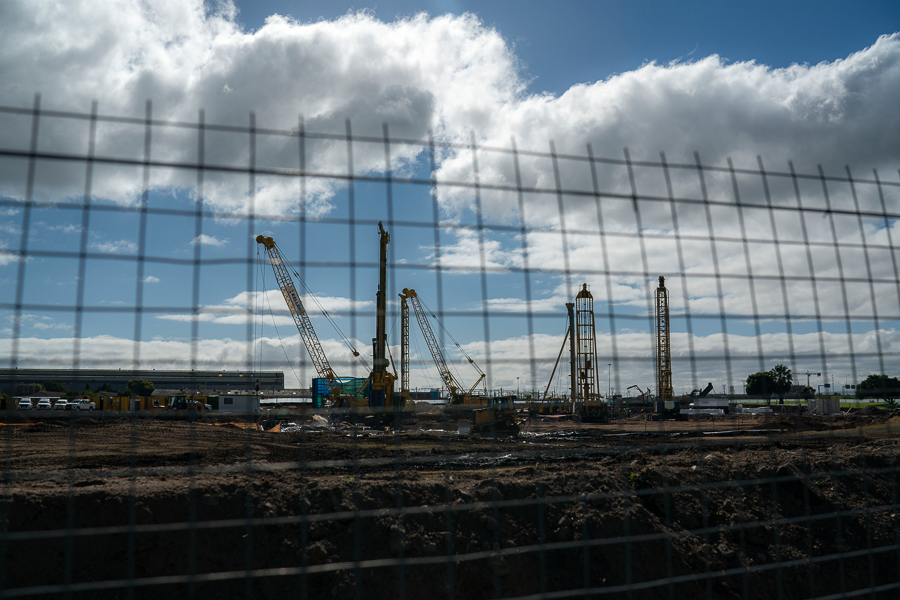 JOHANNESBURG — A plan to build African headquarters for the tech giant Amazon in Cape Town is in peril after a judge on Friday ordered construction to stop, arguing that the developers had not properly consulted Indigenous South Africans.
The $300 million development had fueled a nasty feud within Indigenous, or First Nations, communities over whether building on what many consider sacred land would desecrate their history and culture, or uplift it, since the developer had promised to include an Indigenous heritage center.

Judge Patricia Goliath, of the Western Cape High Court, found that the developer had exacerbated those divisions by engaging in a biased consultation process that excluded many Indigenous groups.
“The fundamental right to culture and heritage of Indigenous groups,” she wrote, was “under threat in the absence of proper consultation.”
The site of the development was most recently a golf course and driving range called The River Club. Although First Nations groups differ on what happened at that exact location, there is general agreement that it belongs to a broader area where their ancestors first fought off colonial invaders and where the first colonial land theft occurred in South Africa.
Construction started last year after city and Western Cape provincial officials approved the project, despite concerns raised by some government agencies that the developers had not adequately vetted the views of Indigenous people, or the ways in which the development would diminish the heritage value of the site.
A First Nations organization and a local residents association filed a lawsuit to overturn the approvals of city and provincial officials. They also asked a judge to halt construction while the case was pending. 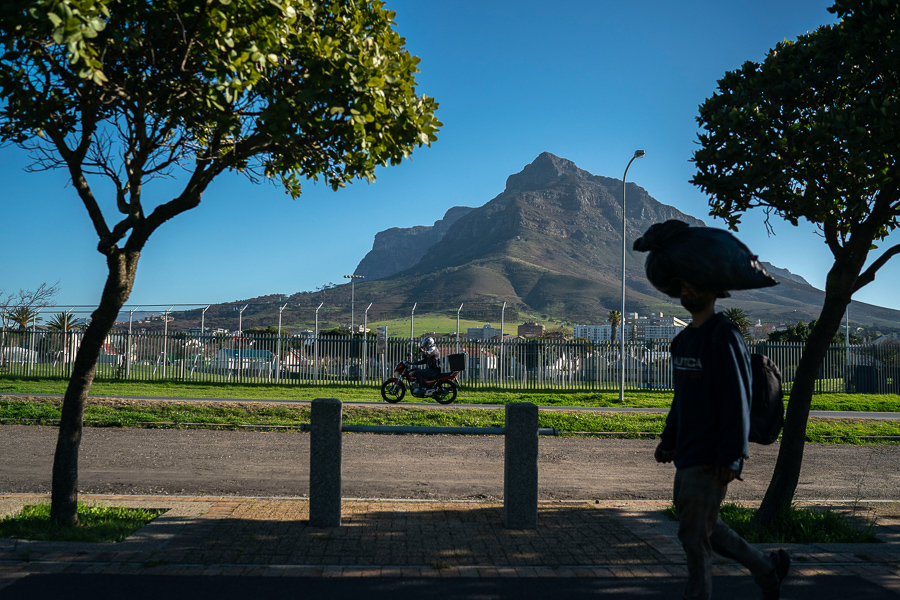 A public walkway near the construction site of Amazon’s African headquarters in Cape Town, Aug. 12, 2021. A judge ordered construction of the development in Cape Town to be halted, saying that the developer had not properly consulted Indigenous South Africans. Image: Joao Silva/The New York Times
In her 79-page ruling, Goliath said if a judge were to find that the approvals were improper, it would be difficult for the parties that filed the lawsuit to get proper relief if the development were at an advanced stage. Not only did she say that construction had to stop but also that the developer had to consult further with Indigenous people.
“The judge basically went with truth and justice,” said Leslie London, president of the Observatory Civic Association, the residents organization that filed the lawsuit along with the Goringhaicona Khoi Khoin Indigenous Traditional Council.
The court must still review the decisions by the city and province in approving the development to determine whether they are legally valid.
A statement released by the property owner, Liesbeek Leisure Property Trust, said only that it was “deeply disappointed” by the judge’s decision and that it was considering its legal options.
A spokesperson for Amazon did not respond to requests for comment.
As the controversy has unfolded over the past couple of years, Amazon has remained quiet.
During a court hearing in January, a lawyer for the trust said a delay in construction would essentially kill the project because Amazon is likely to pull out as the anchor tenant.
Last year, Cape Town officials had celebrated Amazon choosing its city as “a base of operations on the African continent.” They said the company would create jobs and bolster the region as a tech hub.
Goliath did not seem moved by that argument.
“This matter ultimately concerns the rights of Indigenous peoples,” she wrote. “The fact that the development has substantial economic, infrastructural and public benefits can never override the fundamental rights of First Nations peoples.” 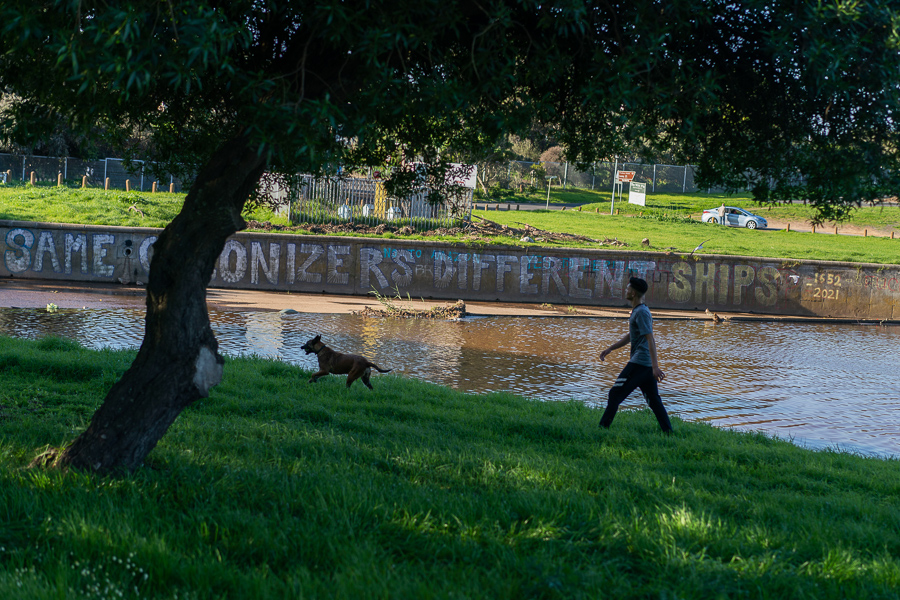 Graffiti along a public walkway in the Observatory neighborhood of Cape Town, Africa, where the proposed Amazon headquarters were being built, Aug. 10, 2021. A judge ordered construction of the development in Cape Town to be halted, saying that the developer had not properly consulted Indigenous South Africans. Image: Joao Silva/The New York Times
After the Western Cape’s chief heritage authority said the developers had not done enough to engage Indigenous people, a group called the First Nations Collective formed in mid-2019 in favor of the development. Its leaders said that they worked with the developers and that they got them to agree to build a heritage center and other features honoring First Nations people as part of the project.
The collective was a broad coalition of First Nations groups, said Zenzile Khoisan, one of its leaders, adding that the consultation with the developer was effective. The collective intends to appeal Goliath’s decision and “now intensify the battle,” he said.
Although Goliath said she was not casting aspersions on the collective and its support for the development, she wrote that the developer had commissioned a report that relied mostly on the collective’s views, while ignoring other Indigenous people who opposed the development.
“The current tension amongst First Nations Groups strengthens the need for meaningful engagement and proper consultation,” she wrote.