A Palestinian and an American Jew start a travel company. They want to win the Nobel

A defining feature of the tour company they founded in 2009 is the "dual narrative" tour, in which a group of tourists is led by two guides: one from either side of a long-standing conflict or division that has affected the area that the group is visiting 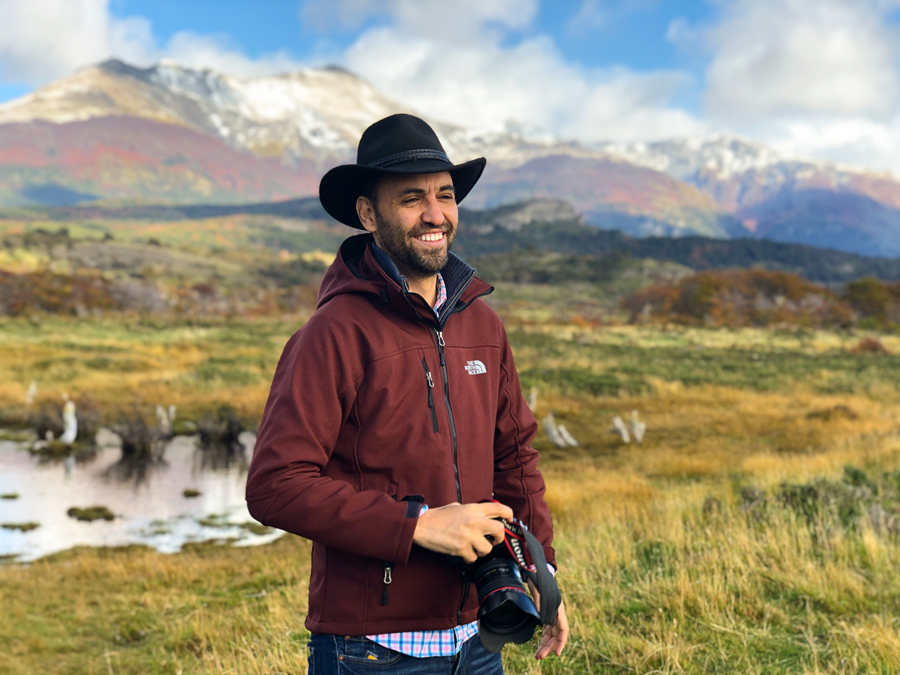 Aziz Abu Sarah and his business partner, Scott Cooper, had a big ambition when they started their tour company: They wanted to win the Nobel Peace Prize.

Well, sort of. It was kind of a joke between the two of them, Abu Sarah said recently. But the two friends — one a Palestinian who grew up in Jerusalem, the other an American Jew — had worked together in international conflict mediation and resolution in places like Syria, Afghanistan and Colombia. Feeling limited by the number of people they could reach through that work, Abu Sarah and Cooper decided to apply their experience in a completely different realm: tourism. Their goal was nothing less than to transform travel — and travelers — into a force for peace.

A defining feature of the tour company they founded in 2009 is the “dual narrative” tour, in which a group of tourists is led by two guides: one from either side of a long-standing conflict or division that has affected the area that the group is visiting. On the company’s tour of Ireland and Northern Ireland, for example, a Unionist and a Nationalist jointly lead the tour of sites around Belfast, Derry and Dublin. And on their tour of the Holy Land, the groups visit Tel Aviv, Bethlehem and Jerusalem accompanied by both a Palestinian Arab and an Israeli Jew.

“Literally, everyone we knew told us this was the dumbest idea,” Abu Sarah said recently from his home in South Carolina. “They thought that nobody would ever pay to do something like this. But within a year, we proved them wrong.”

More than a decade after its founding, Mejdi Tours has hosted more than 20,000 guests, and the company now runs trips to the Balkans, Colombia, Egypt, Morocco, Chile and Costa Rica, among other places. Meanwhile, Abu Sarah has been named a TED Fellow and a National Geographic Emerging Explorer. He has also written a book that makes the case for travel as a force for peace.

The company’s tours have been mostly on hold during the pandemic, but Abu Sarah and Cooper used the downtime to develop or expand several new trips in the United States, including a history-of-civil-rights tour of the U.S. South, an Indigenous tour of the U.S. Southwest, and “Red/Blue Divide tours” of Washington, D.C., and Detroit.

When I reached him, Abu Sarah was about to head off to lead a group tour in Egypt. But he took the time to talk about the danger of the single narrative, the power of bringing together opposing perspectives, and what he learned from the hardest trip he’s ever taken.

Our conversation has been edited for length and clarity.

Q: Why is the dual narrative approach so important?
A: In so many places that Scott and I had traveled to, we always came across a single dominant narrative, and then there were all these other narratives that were never given a voice in the public sphere. So with our tours, we thought: “No more single story. No more single narrative.” We decided to start in Jerusalem, Palestine and Israel, because Scott is Jewish and I’m Palestinian, and that’s the area we knew the best. And what we’ve seen is that the dual narrative is so powerful because it gives you the opportunity to hear different opinions, but also to understand the people you meet, to understand their fear and their anger, and to really fall in love with the place you’re visiting.

Q: And now you’re applying this approach to tours in the United States?
A: I used to live in Washington, D.C., which is a very segregated city, especially on a class level, and I realized that my friends and I wouldn’t venture out of the neighborhoods we already knew. So we started to develop a tour of the city, and we got a Republican and a Democrat to co-lead it. That first trip was incredible. Watching the news, you would think that if you put a Republican and a Democrat together, they would just talk past each other. But that wasn’t the case at all. One of the most interesting conversations we had was on a visit to the Heritage Foundation, which is very conservative. Some of the liberal people in the tour group had never had this kind of open conversation with a conservative that wasn’t just sound bites, but a real, productive conversation. By the end of it, the discussion was about “What’s the solution?” rather than “You’re doing this wrong or that wrong.” It was fascinating. And that’s what happens on our tours in Israel and Palestine. That’s what happens in Bosnia, Croatia and Serbia.

Q: Many people want to relax when they go on vacation. Why should they choose to go on a challenging, dual-narrative trip?
A: There’s an assumption that when people travel, they’re not interested in learning. And that’s not true. Even surveys tell us it’s not true. People want to do good as they travel, and they are looking for culture and connection. I have fun in my travels: I go see museums, I swim in the ocean, I enjoy music, all of that. But that’s not all that I do. I like to say that travel is an act of diplomacy: Be a diplomat as you’re traveling and go out and meet someone new and hear their stories. And it’s so much fun! It’s the thing that you will remember, and that you’ll tell people about when you come back.

Tweets by @forbesindia
Photo Of The Day: Dire jugaad
India had 4 lakh millionaire households in India in 2021, up 11%