China's economy surges, and so does its currency

China's economy has come roaring back from the depths of the coronavirus pandemic, and its currency has joined the ride 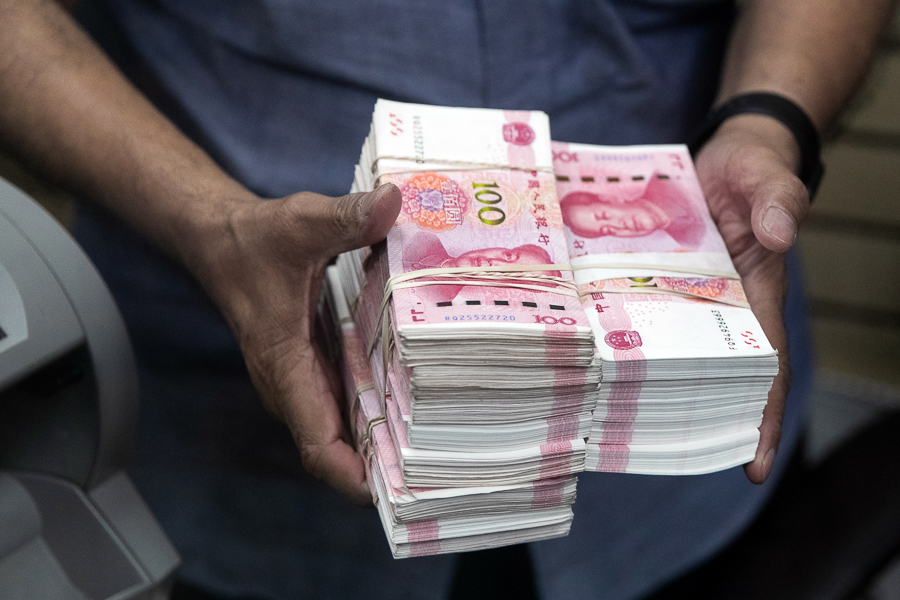 Chinese currency, known variously as the yuan or the renminbi, at a foreign exchange in Manhattan on Aug. 7, 2019. China’s economy has come roaring back from the depths of the coronavirus pandemic, and its currency has joined the ride; Image: Jeenah Moon/The New York Times

HONG KONG — China’s economy has come roaring back from the depths of the coronavirus pandemic, and its currency has joined the ride. The currency, known variously as the yuan or the renminbi, has surged in strength in recent months against the U.S. dollar and other major currencies. Through Monday, the dollar was worth 6.47 renminbi, compared with 7.16 renminbi in late May and close to its strongest level in 2 1/2 years. Many currencies tend to jump around in value even more, but Beijing has long kept a leash on China’s, so the renminbi’s leap looks like a power move. The stronger renminbi has implications for companies that make stuff in China, which is a pretty big group. It could make Chinese-made goods more expensive for the world’s consumers, although the effect seems muted so far. The most immediate impact might be in Washington, where President-elect Joe Biden is set to move into the White House next week. During past administrations, a weakening of China’s currency led to anger in Washington. The renminbi’s rise may not ease the tense relationship between the two countries, but it could remove one potential issue from Biden’s plate. Why Is the Renminbi Strengthening? The reason is simple: China is a rare bright spot in an otherwise ravaged global economy. The coronavirus has been tamed within its borders, at least for now. Its factories are charging ahead full steam. The world’s shoppers — many of them stuck at home or unable to buy plane or cruise ship tickets — are buying all the Chinese-made computers, televisions, selfie ring lights, swivel chairs, gardening tools and other accouterment of nesting that they can. China’s share of world exports rose to a record 14.3% in September, according to data compiled by Jefferies & Co. Investors are also keen to stash their money in China, or at least in investments tied to the renminbi. With the economy stronger, China’s central bank has room to leave interest rates higher than in Europe and the United States, where central bankers are keeping rates historically low to shore up growth. The renminbi looks particularly strong against the dollar right now because the U.S. currency has weakened. Investors are betting that the world economy will recover this year, so many are beginning to shift their money out of dollar-denominated safe havens, like U.S. Treasury bonds, and into riskier bets. All of that has sent money flooding into China, which tends to bolster a country’s currency. What Is Beijing Doing About It? Not much, at least for now. The Chinese government has long kept a firm hand on the value of its currency, in part by limiting how much of it can move past the country’s borders. With those tools, China’s leaders for years kept the renminbi weak against the dollar, even when the Chinese currency should have been strengthening. A weak renminbi helps China’s factories keep their prices down when they sell goods overseas. Right now, it looks as if China’s factories don’t need that kind of help. China’s exports have continued to surge even as the renminbi has strengthened. Many already price their business in dollars rather than renminbi because the United States is such a big share of their customer base, said Shaun Roache, chief economist for Asia-Pacific for S&P Global, the ratings firm. That means that while Chinese factory profit margins could take a hit, American shoppers won’t notice much of a price difference and will keep buying. A strong currency has benefits for China, too. Chinese consumers can more ably buy imported goods, helping Beijing nurture a new generation of shoppers. It looks good to economists and policymakers who have long been pressing China to loosen up its tight control of the country’s financial system. The stronger renminbi could also help China to make its currency more attractive to companies and investors who like to do business in dollars. China has long sought to make its currency more global as a way to increase its international sway, though its desire to strictly control its use has often overshadowed those ambitions. “This is definitely a window of opportunity for China to push forward to internationalize its renminbi,” said Becky Liu, head of China macro strategy at Standard Chartered Bank. Still, if the currency strengthens too quickly, Chinese leaders could easily step in and end the trend. Why Does This Help Biden? Critics of Beijing in Congress and within the government have long accused the Chinese government of unfairly manipulating the currency in ways that hurt U.S. manufacturers. At the height of the trade war with the United States, Beijing allowed the renminbi to weaken past a psychologically important point of 7 to the dollar. This led the Trump administration to label China a currency manipulator. Now, as a new administration prepares to move into the White House, experts are looking for signals that Beijing could soften. At the very least, a strong renminbi takes the issue off Biden’s plate for now. Not everyone is optimistic that a stronger renminbi will be enough to patch relations between the world’s two biggest economies, however. “It will take a lot more than currency appreciation to get the China-U.S. relationship back on an even keel, although this certainly removes one of the potential flash points,” said Eswar Prasad, a former head of the International Monetary Fund’s China Division.